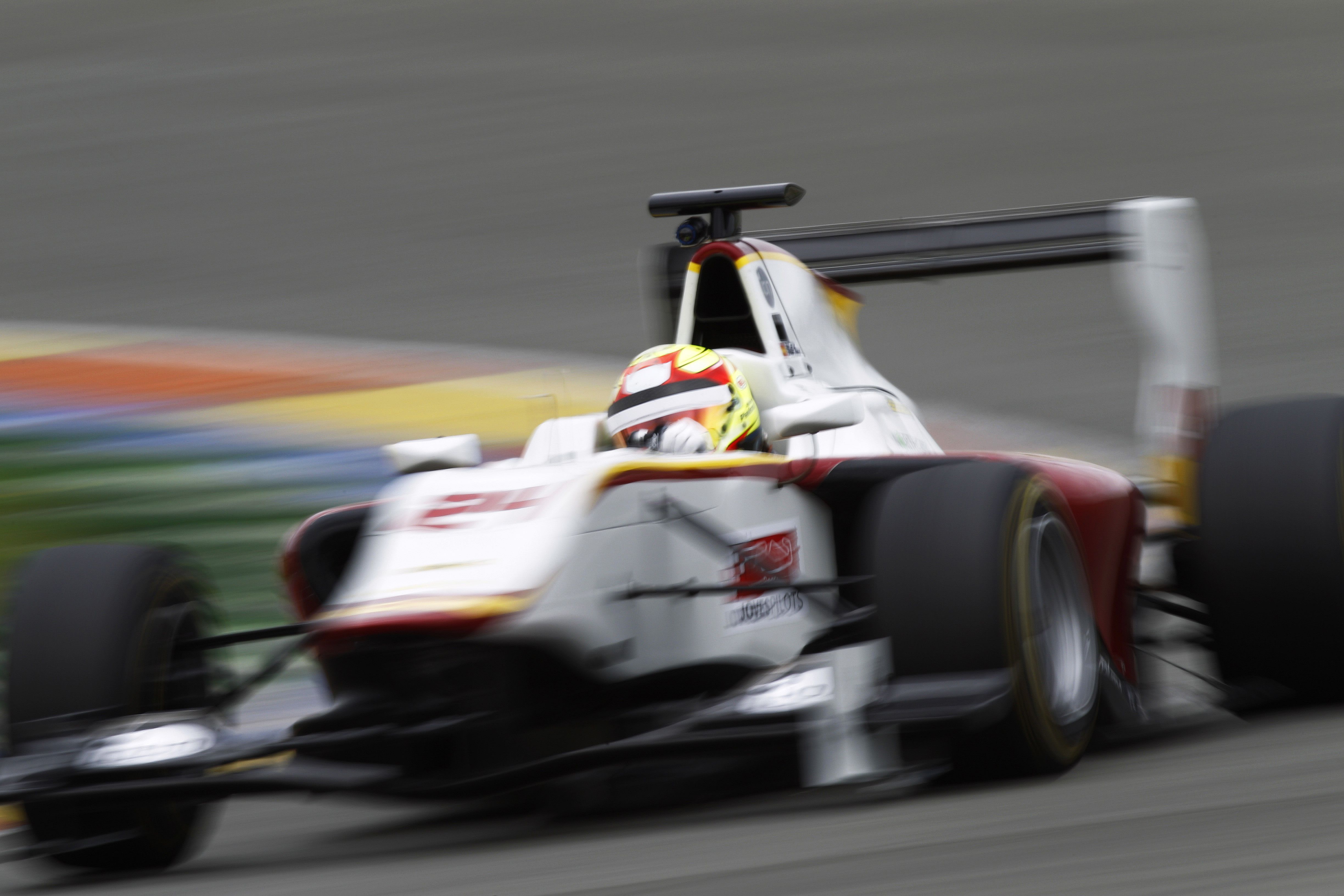 Spaniard Alex Palou posted the fastest time on day two of pre-season testing in Valencia. The Campos Racing driver edged out ART Grand Prix’s Marvin Kirchhöfer by a mere 0.012s with a blazing laptime of 1:20.880 set in the morning session.  Jenzer Motorsport’s Pal Varhaug recorded the quickest time in the afternoon.

Sunshine and warmer temperatures set the scene for the final day of testing at Circuit Ricardo Tormo. It was a frenetic start to the proceedings with the majority of the best laptimes registered within the first hour. Fastest driver from yesterday morning, Palou, was the early pace-setter and was first to dip into the 1m21s. Kirchhöfer joined the Spaniard in the time bracket, less than a tenth shy.

Esteban Ocon also broke into the 1m21’s, 0.068s adrift of Palou with Koiranen GP’s Jimmy Eriksson in fourth. In a trouble free-session, the teams mainly focused on race simulations and qualifying runs. Kevin Korjus found some extra pace to sneak into P4, with Jenzer Motorsport’s Matheo Tuscher rising to P5.

The afternoon session got underway after a one hour break with Eriksson leading the way in front of Antonio Fuoco and Parry as the drivers concentrated on race simulations. In the final hour, there were two short stoppages covered by red flags; firstly when Kirchhöfer stopped on track at turn 12 and secondly Parry a few moments later.

Once the action resumed, Eriksson remained in control of the timesheet whilst Seb Morris and Varhaug were on the move, jumping up to P2 and P3 respectively. Varhaug continued to improve and was first to break into the 1m21’s in the afternoon to shoot to the head of the timings.

The third and final pre-season test will be held in Barcelona, Spain on 22-23 April, ahead of the Series’ opening round at the Circuit de Catalunya in May.