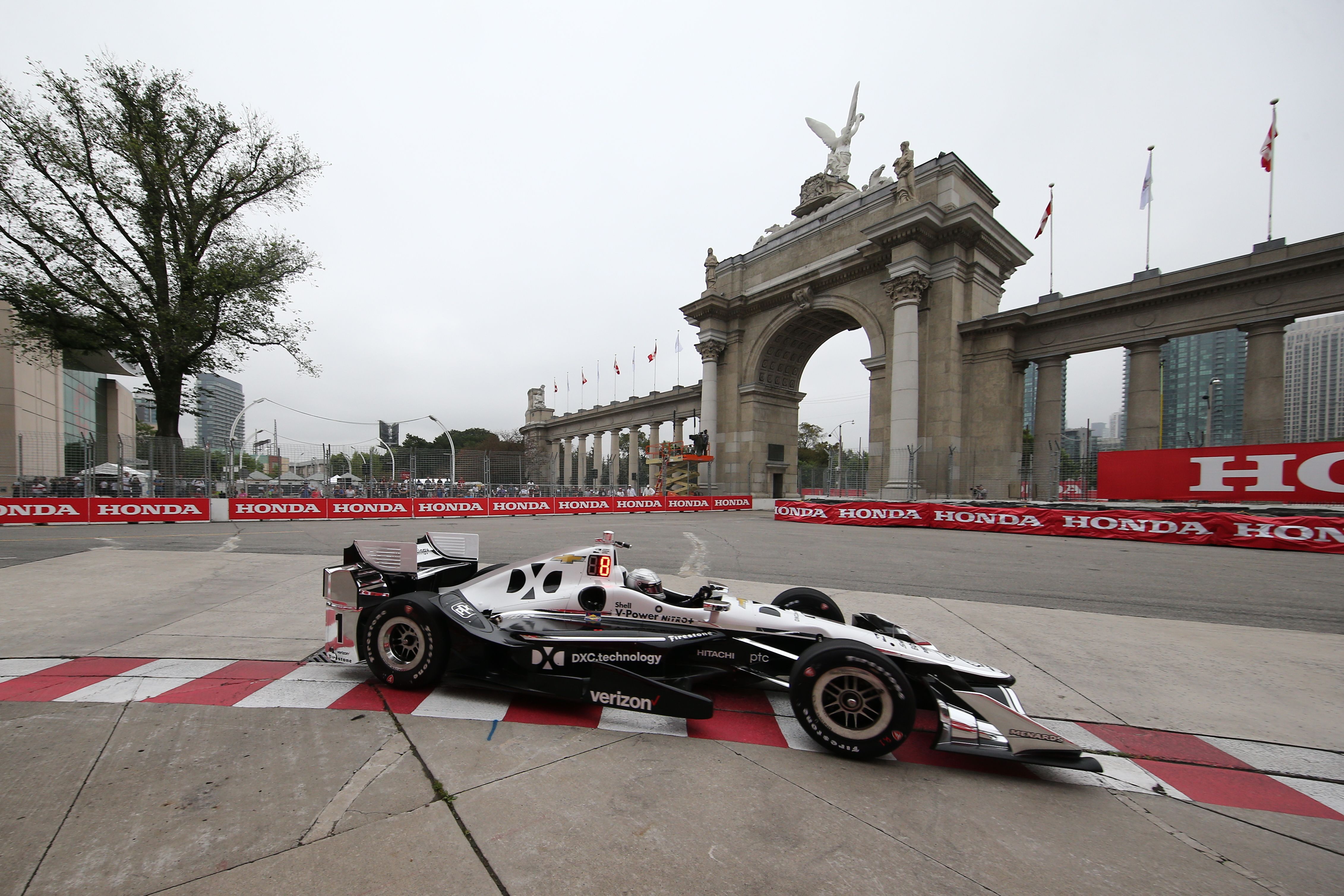 Pagenaud, the reigning Verizon IndyCar Series champion driving the No. 1 DXC Technology Team Penske Chevrolet, circled the 1.786-mile temporary street course around Exhibition Place in 1 minute, 0.2573 of a second (106.702 mph) to log the fastest lap of the 45-minute practice. The lap was the fastest of today’s two practice sessions.

The session was halted twice for incidents in Turns 1 and 2. The first came when rookie Esteban Gutierrez hit the barrier in the No. 18 UNIFIN Honda for Dale Coyne Racing. Later in the session, Carlos Munoz stopped in the same area in the No. 14 AJ Foyt Racing ABC Supply Chevrolet. Neither driver was injured.

Practice continues at 10 a.m. ET Saturday, ahead of knockout qualifying at 2:15 p.m. Both sessions will stream live on RaceControl.IndyCar.com. NBCSN also has a delayed qualifying telecast airing at 6:30 p.m.

Sunday’s race, the 33rd for Indy cars on the Toronto street circuit, airs live on CNBC and the Advance Auto Parts INDYCAR Radio Network at 3 p.m. An encore race telecast airs at 7 p.m. on NBCSN.