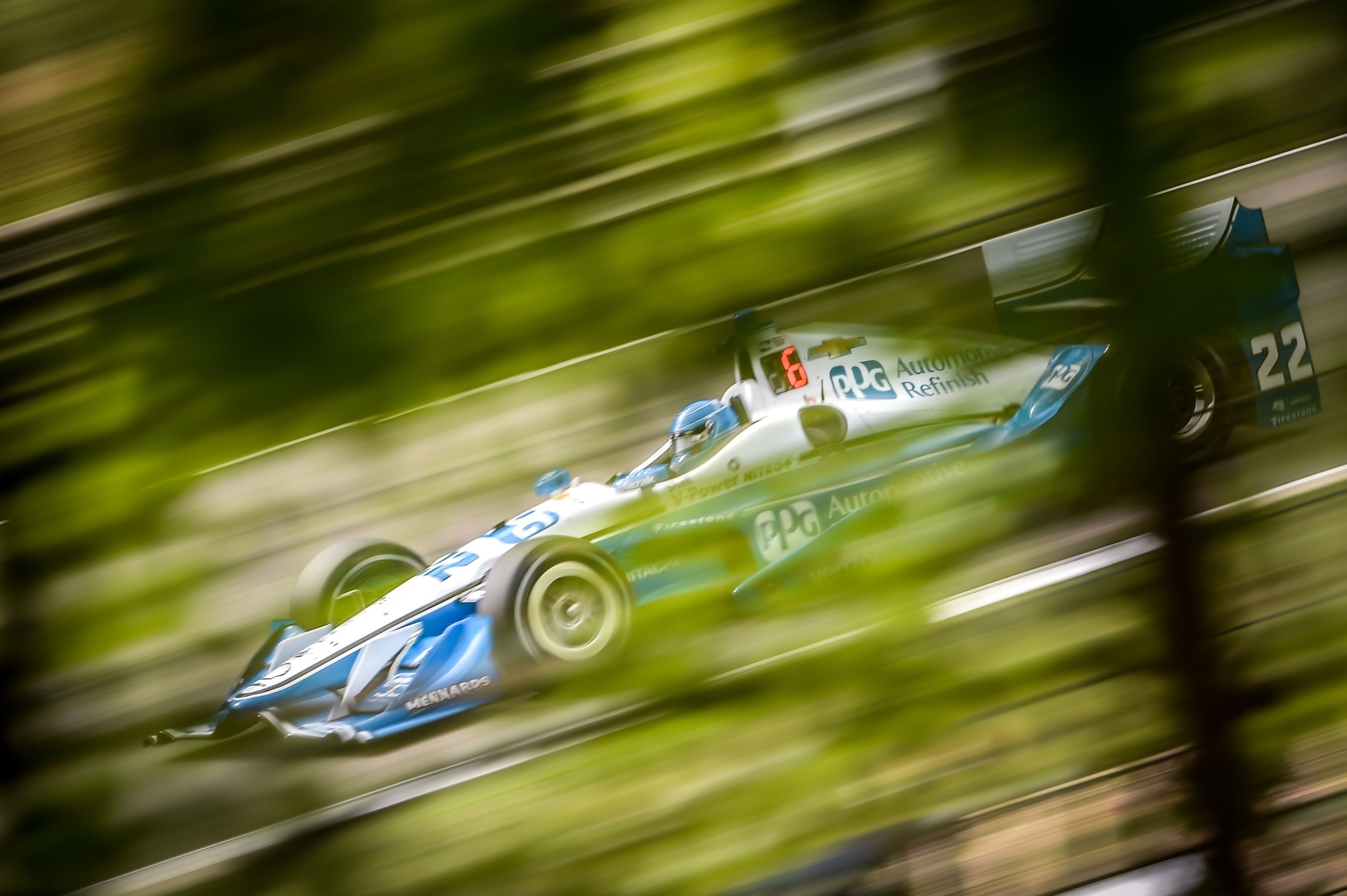 Pagenaud, who won last weekend’s Toyota Grand Prix of Long Beach and leads the championship, has finished in the top two at each of the season’s first three races and holds a 14-point edge over Scott Dixon heading into race weekend. The pole position was the third of his Verizon IndyCar Series career and first since last season at Auto Club Speedway in Fontana, Calif.

Driving the No. 22 PPG Automotive Refinish Chevrolet, Pagenaud snuck the pole-winning lap in on his final circuit around the 2.3-mile permanent road course in the Firestone Fast Six, outdoing teammate Will Power, a three-time Barber pole winner. It stretched Team Penske’s string of consecutive poles to six races dating to the 2015 event at Pocono Raceway last August.

“It was awesome – the PPG car was just incredible, especially on the red Firestone tires,” Pagenaud said. “I really had a good time just driving it. We put the least amount of fuel in and tried to save the tires by only going one lap in each segment (of qualifying). That last lap, I just dug deep and that was one of the best feelings that I have ever had driving.”

The pole is the 238th in the Indy car history of Team Penske, celebrating its 50th anniversary in 2016. Pagenaud will be joined on the front row by Power (1:06:9421, 123.689 mph), currently eighth in the championship standings after missing the season-opening race in St. Petersburg with an inner-ear infection.

“At the end of the day, you have to finish ahead of those guys who keep extending their points gap,” Power said. “We’re due for a good result. We’ve had a bit of a slow start to the year obviously, but we’ll have fun out there.”

“It’s always screwed up when it goes like that, right?” Bourdais said. “You set the track record and then you get disappointed when you finish fifth. You know, it’s a shame. The guys did a great job.”

After joining Team Penske in 2015 and finishing 11th in points, Pagenaud has begun the 2016 campaign on a tear. The Frenchman finished second in the season-opening race on the streets of St. Petersburg and had another runner-up result at Phoenix International Raceway. He captured his fifth Verizon IndyCar Series victory – and first with Team Penske – edging Dixon in the closest finish in Long Beach history (0.3032 of a second) on April 17.

“I’m just having a lot of fun, but of course, I’m working really hard,” said the 31-year-old native of Montmorillon, France. “I’m still working as hard as I worked before, but suddenly everything is rolling really well and really easily. The whole team is fantastic and we don’t have to really think about it too much to make it work.”

Graham Rahal reached the Firestone Fast Six for the first time this season in the No. 15 Rahal Letterman Lanigan Racing Honda and will start sixth after posting a top lap of 1:07.6388 (122.415 mph). Rahal led 17 laps at Barber Motorsports Park in 2015 before finishing in second place.

The 90-lap Honda Indy Grand Prix of Alabama is the fourth of 16 races on the 2016 Verizon IndyCar Series schedule and will be broadcast live on NBCSN and the Advance Auto Parts INDYCAR Radio Network (3 p.m. ET).