Home Rally Paddon out of WRC Rally Finland round after heavy damage in test... 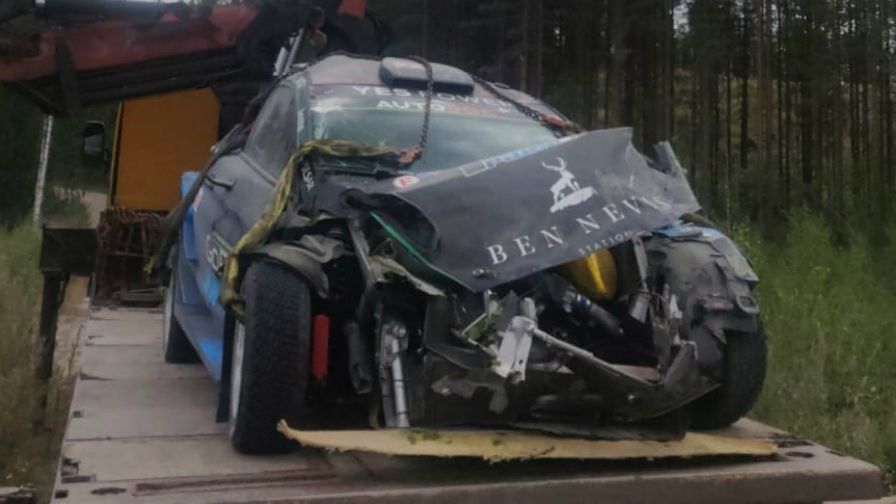 The FIA World Rally Championship (WRC) returnee Haydon Paddon will have to wait longer as he is forced to pull out from Rally Finland due to a heavy crash.

Unfortunately, he won’t be able to take the rally after a crash during a test run in Finland ahead of the event. M-Sport’s team boss Rich Millener said that a rock on the test road caused for the incident, where Paddon crashed head-on with front damage.

The team added that they won’t be able to fix the car on time and a spare car is not available, in a huge disappointment for M-Sport as well as Paddon. “A rock has been pulled out on one run, he turned the car around, went back up the same stretch of road only to find that rock in the middle of a blind, sixth-gear right hander,” said Millener to WRC.

“The rock hit the bottom of the sump guard and lifted the car into the air. They were just passengers, nothing they could do about it. You can’t go into every corner lifting off in case you’ve pulled a rock out. It’s the nature of testing, you’re always going to be the first person to find anything you’ve pulled out on the previous run.

“The first reaction from Malcolm Wilson was to find a way to get him to the start, but it’s just not possible. The car needs to be put on a jig and it’s not possible to get another car out there in time. It’s a horrible situation for Hayden.

“The guy’s just having the worst luck right now. Unfortunately, this is the risk you run when you test with your entry car.” Meanwhile, Paddon added: “I was wondering how it would feel after eight months away from a World Rally Car. It felt great.

“It felt like I’ve never been away. Within the first kilometre I was straight back into it. What you want in Finland is a car that gives you confidence. This chassis really does that, it’s something you notice straight away.

“You can lean on the chassis and be confident it’s going to hold its line through the corners.” The M-Sport squad has been hampered hugely with Evans already out due to a back injury with Gus Greensmith to replace the Welshman alongside Suninen.

Paddon returns to WRC with M-Sport in Rally Finland