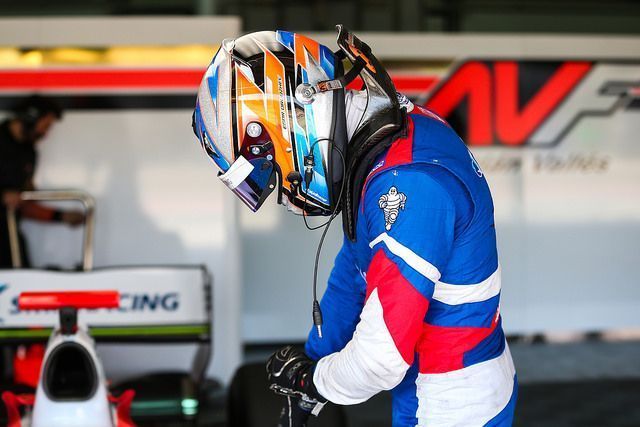 The World Series Formula V8 3.5 teams and drivers carry on with their Season preps. In a beautiful day with another cleared skies and warm temperatures, SMP Racing by AVF driver Egor Orudzhev set the best timed lap in 1.40.389 ahead of Yu Kanamaru (RP Motorsport) and the rookie Diego Menchaca (Fortec Motorsports).

In the morning, both SMP Racing by AVF drivers, Egor Orudzhev and Matevos Isaakyan, were the first to step in the track.  Times were dropping down early with Pietro Fittipaldi improving his own best record in 1.41.280 but finally the car was found underweight.

Rookie Diego Menchaca (Fortec Motorsports), the first to lap in 1.40, opened a series of improvements and soon Egor Orudzhev and the rest of the drivers joined the Mexican replacing him from the provisional pole. RP Motorsports Yu Kanamaru and Roy Nissany finally installed in the first row using new Michelin slicks with the Japanese in 1.40.493.

Menchaca and Orudzhev rejoined the track with fresh tyres and the Russian set a new mark, in 1.40.389 while the Nippon kept his second place ahead of the Rookie Diego Menchaca.

“The way SMP Racing by AVF is very nice. Compared to Arden is different. I’m still adapting. We are working as a normal day, we had some struggle yesterday but today everything is in order. It’s not important if you are P1 or P6, this is just testing but obviously I want to win this discipline and this is a good start”

SMP Racing by AVF driver Matevos Isaakyan was the first driver to rejoin the track in warm afternoon here in Motorland Aragón.  Rookie Konstantin Tereschenko went into the track to complete long runs and he stayed on top for the first hour and a half as the other drivers were back on duty.

After some pit-stop practice the drivers were set to improve their lap times with the Japanese Yu Kanamaru setting the pace in 1.41.871. His team-mate Roy Nissany took the lead also in new tyres and finally René Binder (Lotus) irrupted in P1.

In the last attempt Yu Kanamaru dominated the field putting a lap in 1.41.284 in front of the Israeli Roy Nissany making a 1-2 for the Italian RP Motorsport team.

Teams and Drivers will head to Circuito de Jerez ( 23-24 March) next week to complete the final preparation before the Season starts in Silverstone with the first Event of the FIA World Endurance Championship.