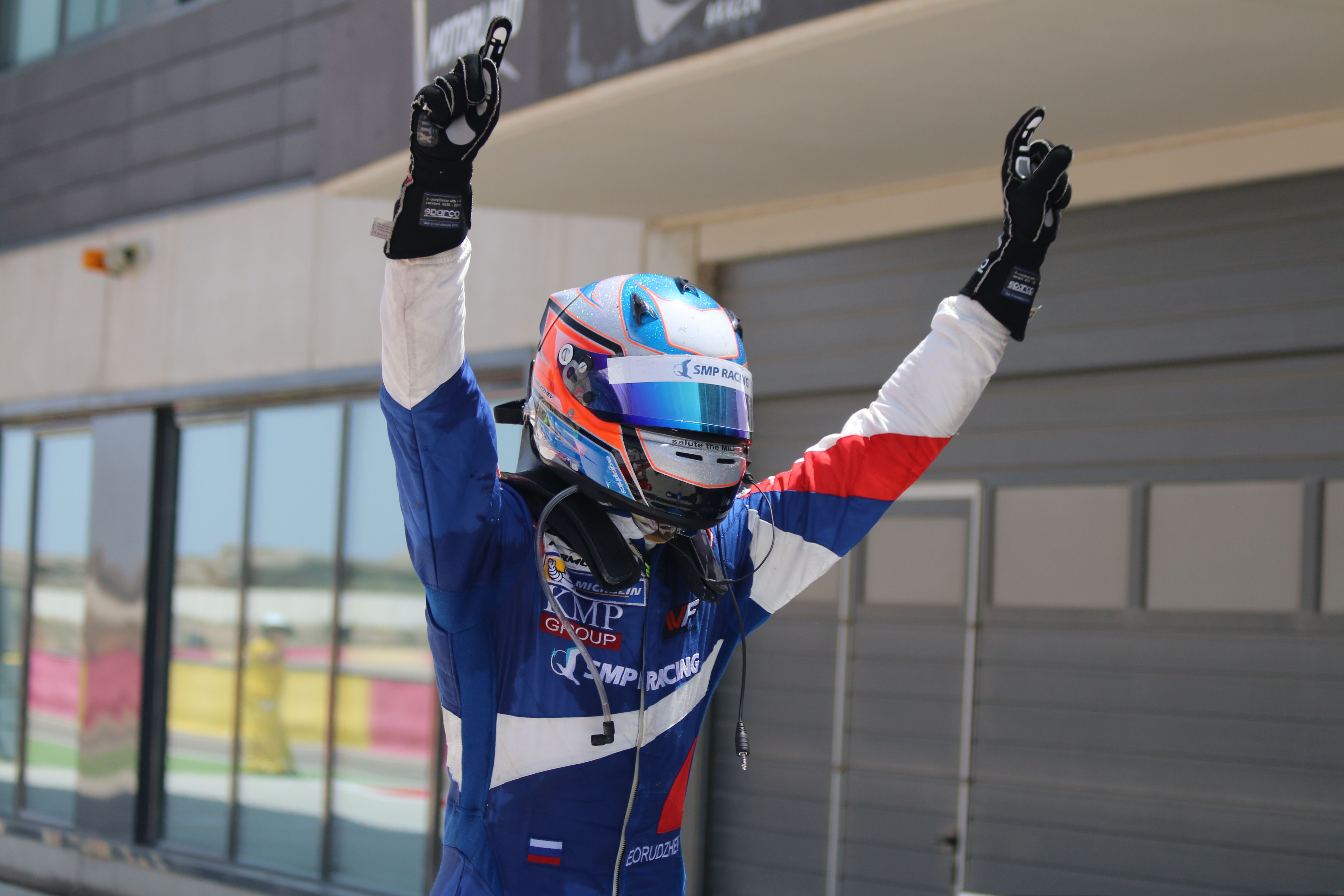 After a dominant pole position from Pietro Fittipaldi (Lotus) this morning, everything look so well for him to win today. But the grandson of Emerson made a poor start dropping a lot of positions and then after a contact with Konstanin Tereschenko (Teo Martin Motorsport), he spun and retired from the race, causing a safety car period.

Egor Orudzhev (SMP Racing by AVF) took the lead of the race until the checker flag. The Russian managed to build a security gap with Roy Nissany (RP Motorsport), then he saved tyres, and finally pushed to set the fastest lap of the race in the last lap, winning by 13 seconds over team-mate, Matevos Isaakyan.

Isaakyan was one of the protagonist of the race. After struggle during qualifying, he started 8th. Then at the start was able to reach 6th place. At the re-start overtook Rene Binder (Lotus) for 5th. Then he waited for the best moment to overtake Konstantin Tereschenko (RP Motorsport) while he caught Nissany and Alfonso Celis (Fortec Motorsports) who were fighting for 2nd. He easily overtook both drivers.

Last place of the podium was for Alfonso Celis who overtook Nissany in the last lap. Binder finished just behind them on 5th after overtake the best rookie of the race, Konstantin Tereschenko.

In the drivers’ championship, the battle is on! Binder continues in the lead of the standings with 130 points, 11 more than team-mate Fittipaldi, while Nissany is third with one point less than Brazilian driver. But today podium finishers are back in contention with 110 points for every one of them. Only 20 points and still 9 races to go in this amazing championship.