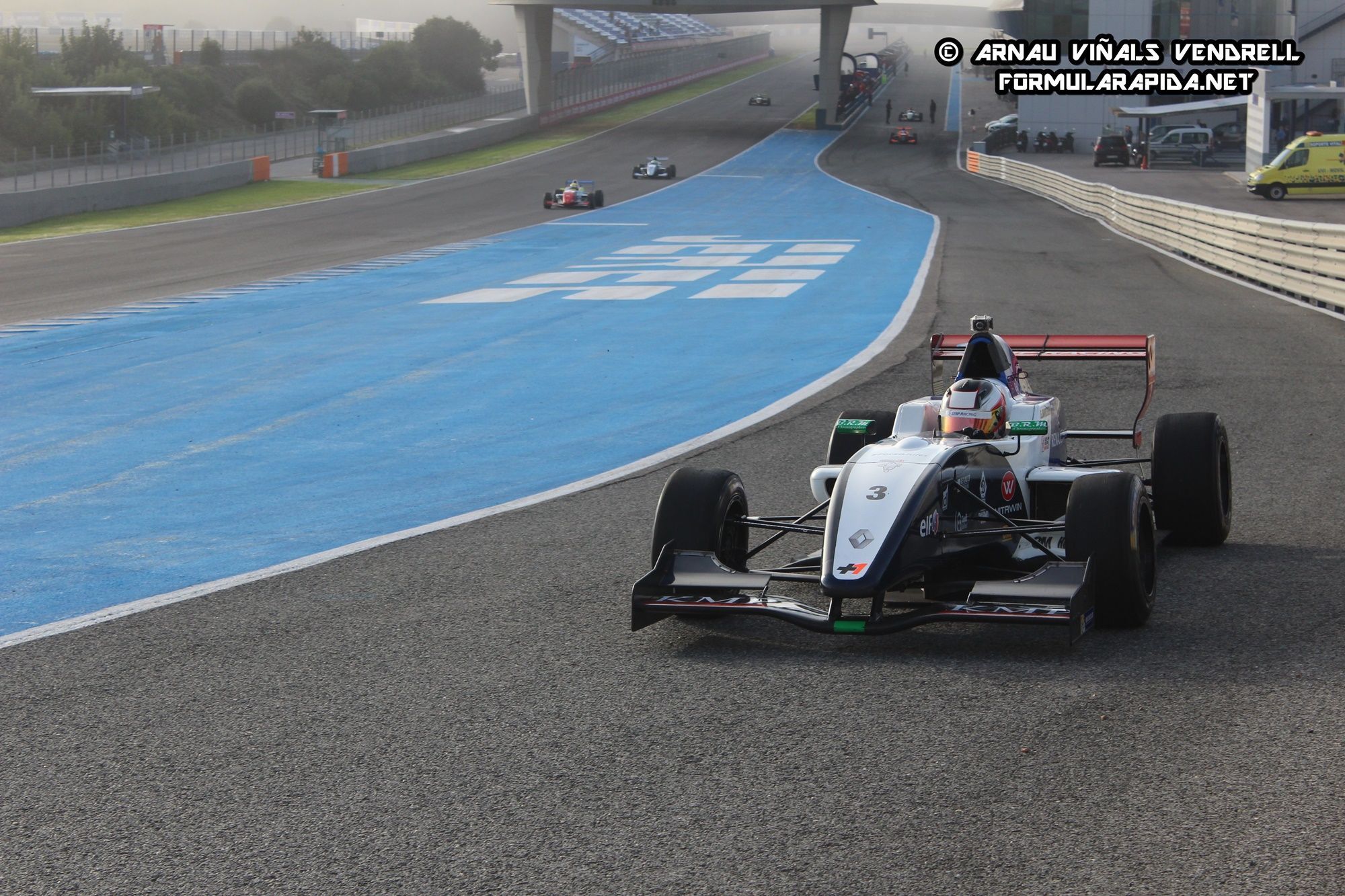 Fog strikes again in World Series by Renault. After having to stop track activity this july in Nürburgring for several hours, Jerez’s fog built doubts about session taking part or not. But activity started on time and drivers were able to practise. Most drivers wear a #ForzaJules sticker on their car supporting Marussia F1 Team driver who had an accident in Japan two weeks ago. Ryan Tveter did not come to Jerez as he is not recovered yet from accident suffered in Paul Ricard, so Josef Kaufmann Racing just has two cars on track.

Hughes, who has a Wild Card this weekend with Strakka Racing, has been on top for most of the session, away from his competitors. Albon, who was on top before Hughes, was following him half a second slower although being one of the most active drivers on track, along with Russell.

Past twenty minutes, fog was getting heavier and race direction had to stop the session. Until half an hour from then activity could not be restablished and fifteen minutes would be cut from time. Hughes was still on top followed now by De Vries and Bonifacio, half a second away.

When just a quarter was left, drivers entered massively to pit-lane in order to make some adjustements and get back to the track. It was then when Hongli Ye, after fourteen laps on track, had to leave the car as his cockpit was full of smoke. This is second weekend of Wild Card with Koiranen GP for the chinese driver, after Paul Ricard’s.

Massive restart would only leave time for two or three laps after another red flag that closed the session. Egor Orudzhev was then on top out lining the day after switching to nineteen years old.