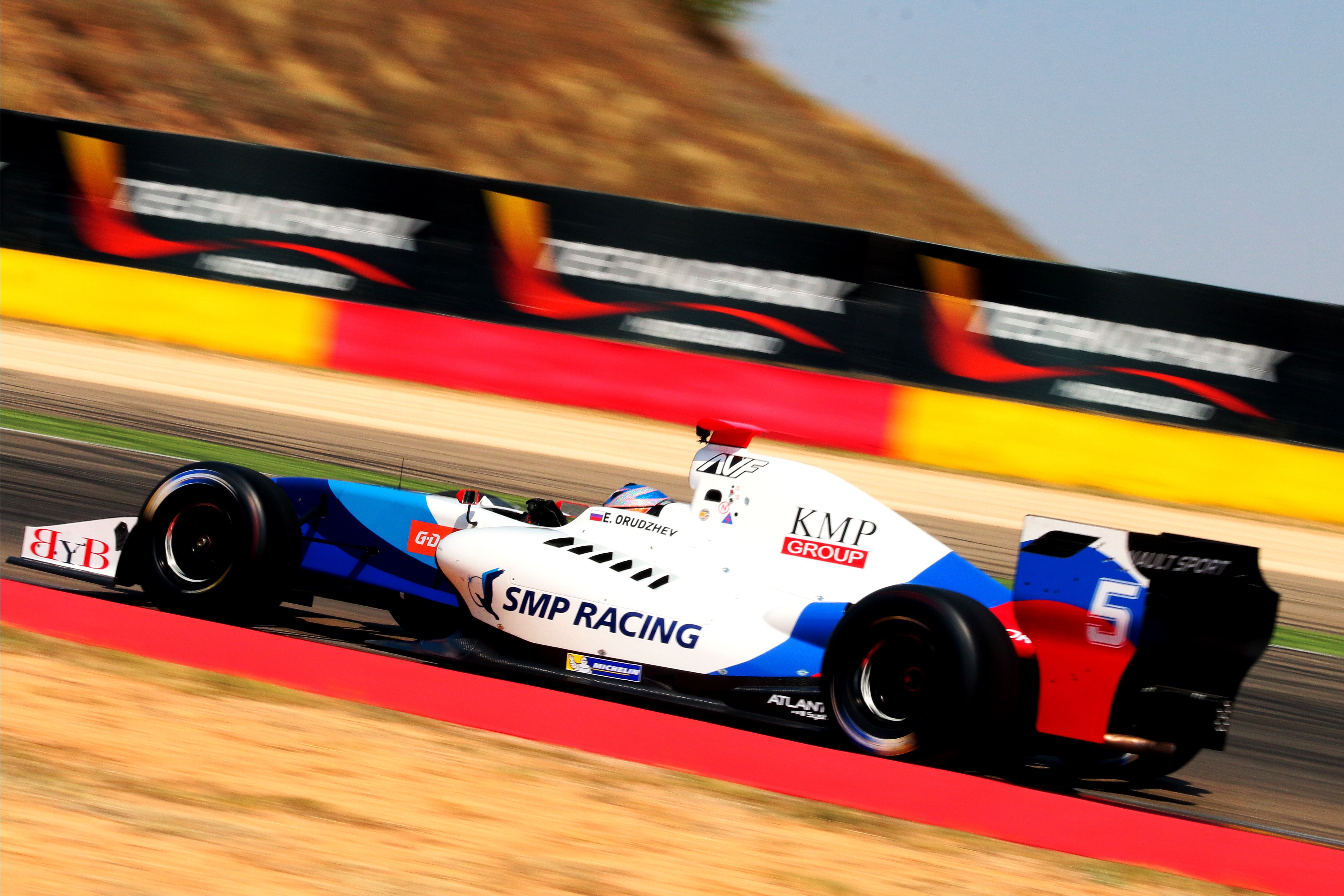 Egor Orudzhev (SMP with AVF) set the fastest time in the first free practice session in Formula V8 3.5 in Motorland Aragon. He was ahead of Pietro Fittipaldi (Lotus) and Alfonso Celis (Fortec Motorsport). Matevos Isaakyan (SMP with AVF) was 4th ahead of Yu Kanamaru (RP Motorsport).

Diego Menchaca (Fortec Motorsport) ended the session in 6th place, more than a second away from P1. He was ahead of Roy Nissany (RP Motorsport). Damiano Fioravanti (RP Motorsport) was 9th ahead of the only representant of Teo Martin, as known as Konstantin Tereschenko. Nelson Mason had licence problems and could not take part in FP1.

Giuseppe Cipriani (Il Barone Rampante) closed the session while René Binder (Lotus) was last as he stopped on track halfway through the session and provoked a red flag.