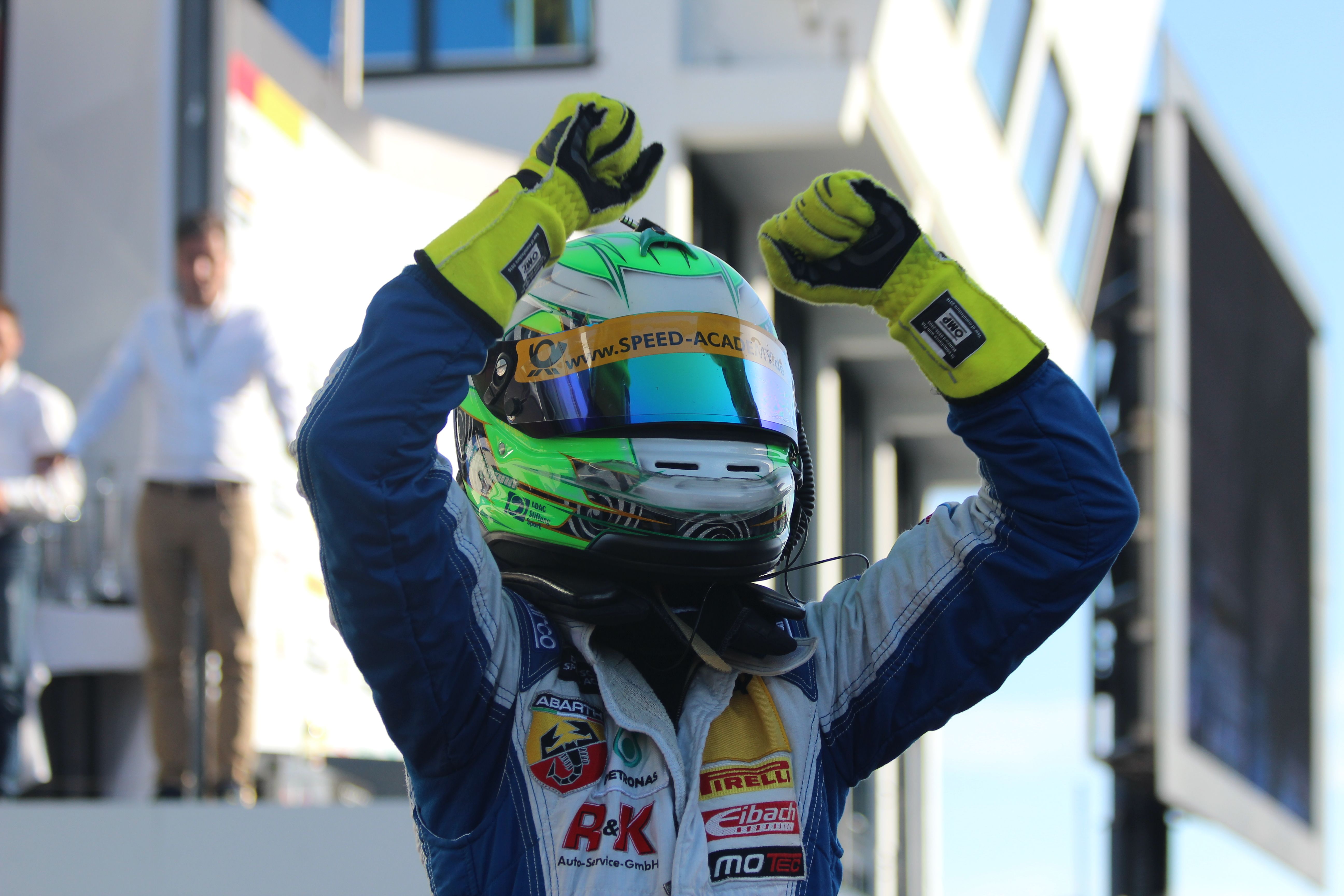 Mike Ortmann confirms the great performance of team ADAC Berlin-Brandenburg at Zandvoort, Netherlands. He led a one-two for the team with Zendeli second and Schumacher third.

After a great start from the German’s, Ortmann and Zendeli quickly made a gap with Schumacher (Prema Powerteam) who took third position after start sixth.

Behind them the Austria,  Drugovich  (Jenzer Motorsport) had to defend the whole race from the attacks of Esmeijer (Team Timo Scheider GmbH) and Kami Laliberte  (Van Amersfoort Racing).

Thomas Preining (Lechner Racing) finished seventh. The Austrian driver almost had to retire when Joey Mawson (Van Amersfoort Racing) -who started on 12th position, destroyed his front wing when he was trying the manoeuvre.

Mawson had to pit to change his front wing, while in the track, Hanses (Team Timo Scheider GmbH) had to retire and the safety car joined the track.

The Prema’s of Juri Vips and Juan Manuel Correa finished eight and ninth, respectively, while Aberdein (Motopark) complètes the top10.