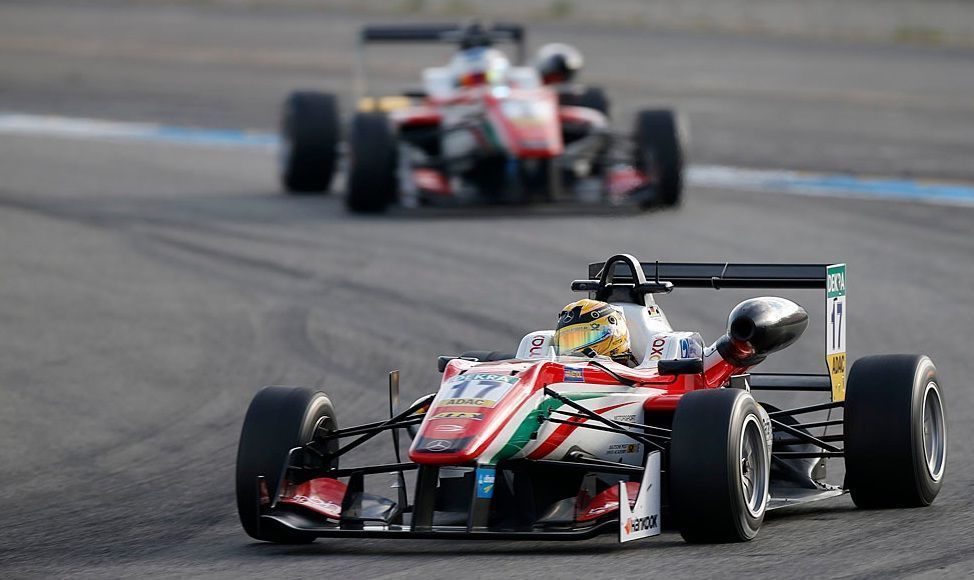 After a line-up of 34 drivers in 2015, now we have only 18, after the limitations imposed by Stefano Domenicali, who replaced Gerard Bergher as responsible for competitions of single-seater of the FIA.

By the way we have a lot of strong drivers that are promising memorable battles. The main candidate are Maximilian Guenther (runner up in 2016!), but Joel Eriksson, Calum Ilott and Lando Norris are the worst nightmare for the Mercedes AMG DTM reserve driver. 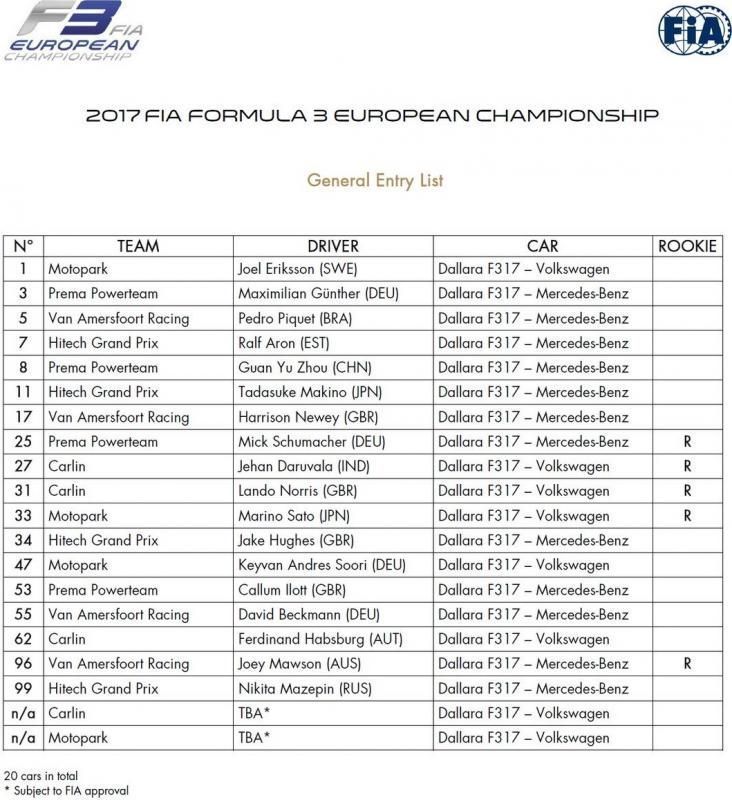 Also two talented but very young drivers David Beckmann and Guanyu Zhou now have the machinery to fight for wins, and who knows if they finally will be battling for the championship. Beckmann, for the first time in his carrer will start to competing the championship since the first weekend, he was too young to start the ADAC F4 in 2015 and FIA F3 last year since the first race. So now the RedBull -backed german will finally start without lack of mileage and this year will be Determining for its future and his aspirations for Formula 1.

And also the Hitech drivers Jake Hughes and Ralf Aron have the talent to demostrate that Hitech GP (with ART GP structure) is a top team. Won’t be easy for Mick Schumacher this season but he aims to be the best rookie driver, he main opponent will be Lando Norris -recently announced as McLaren Junior Driver-, who aims to fight for the championship

The championship will start in April 16th in Silverstone, the same date as WEC Silverstone 6 Hs, and will be ending as support series of the DTM in October 16th in Hockenheim.