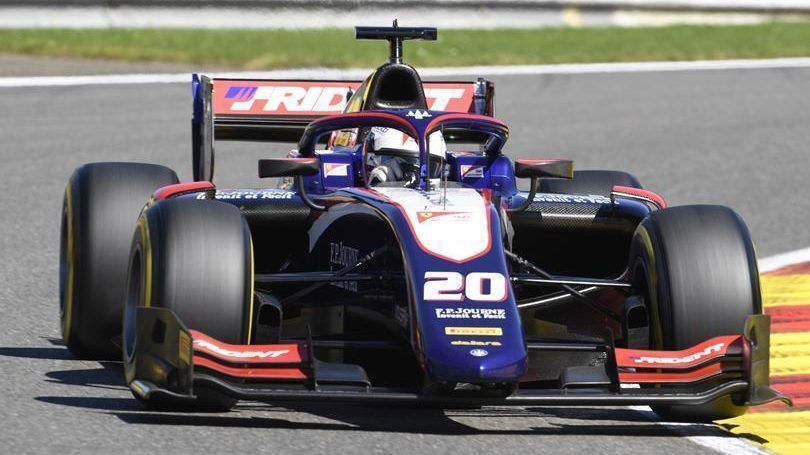 The FIA Formula 2 (F2) Championship weekend at Monza will only have 17 cars after Belgium authorities takes away Giuliano Alesi’s car.

With Trident’s Giuliano Alesi involved in the horrific incident at Spa-Francorchamps, which took away the life of Anthoine Hubert and severely injured Juan Manuel Correa, the Monza F2 weekend will have only 17 cars.

Christian Horner made it clear in Belgium that BWT Arden will only field Tatiana Calderon at Monza, which the F2 entry list has now confirmed along with Sauber Junior Team by Charouz also having a sole entry.

With Correa heavily injured, only Callum Ilott will be driving for the team like Calderon will be the sole runner for BWT Arden. Meanwhile, Boschung also released a statement regarding the situation at Trident.

Since Alesi was was involved in the incident, the Belgium authorities took away the Frenchman’s car, which has forced the Italian outfit to put Alesi in the second car – the one that Boschung drives.

As a result, the Swiss racer will not be competing at Monza and return to take his seat for the 2019 season’s penultimate round at Sochi. It is unclear as to when the authorities will return the car to Trident.

The statement from Boschung read as:

“Due to last weekend’s tragic events in the FIA Formula 2 Championship at Spa-Francorchamps, Giuliano Alesi’s car has been impounded by the Belgium authorities, as it was involved in a serious accident.

“The result is that for the next race at Monza the Trident team will have only car, which will be used by Alesi. This means that Ralph Boschung will not be able to compete at this weekend’s Italian F2 round.

“Ralph would like to extend his deepest condolences to Anthoine Hubert’s family, friends and the team, and also wishes Juan Manuel Correa the best in his recoveries. The Swiss driver is looking to return to action for the penultimate F2 round at Sochi, Russia.”