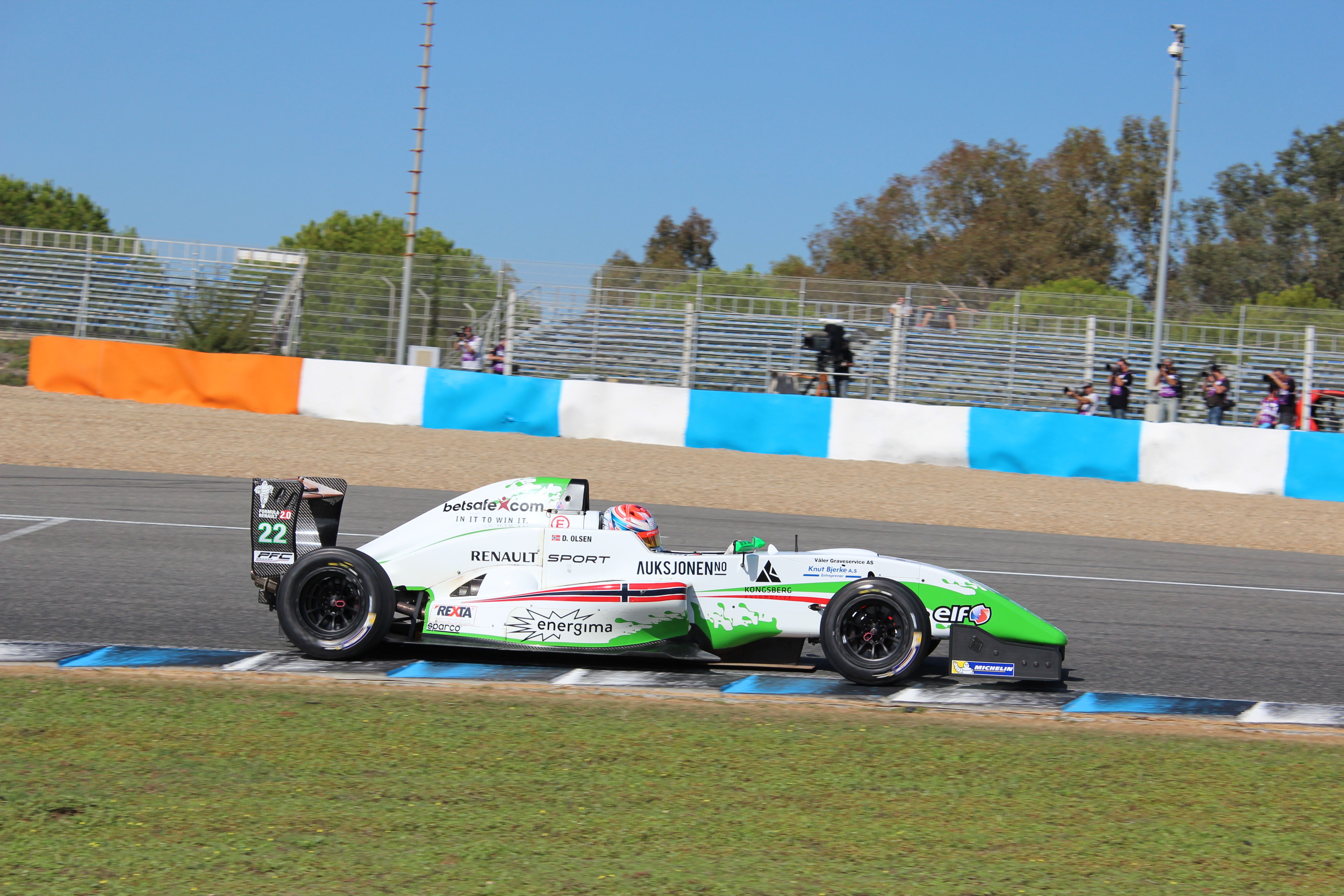 Eurocup Formula Renault 2.0 Vice-Champion Dennis Olsen has joined Manor MP Motorsport for the 2015 season it is confirmed today, Friday 9th January, with the talented Norwegian set to spearhead the team’s bid for the coveted single-seater title.

Aiming to go one better than last year, 18-year-old Olsen has his sights firmly set on winning the Eurocup title with the Anglo-Dutch team and will undoubtedly begin the season – which starts on 25th/26th April at Motorland Aragon in Spain – as one of the true championship favourites.

“Dennis is a fantastic young driver with a huge amount of talent, we’re delighted he’s joined us at Manor MP Motorsport for 2015 and confident he’ll be challenging at the front from the start”, said team principal Sander Dorsman, “It’s perfect to have our first Eurocup driver confirmed so early in the New Year and we plan to make further announcements soon.”

Manor MP’s Tony Shaw added: “Dennis had a really great first season in Eurocup, finishing second in the championship was an incredible performance. The title is definitely the aim this year, we know he has what it takes and we also know we have a car capable of winning. It should be a great season.”

After a glittering karting career, which featured numerous championship victories in KF2 and KF3 and included highlights such as WSK Cup Final titles in 2011 and 2012, Olsen was selected by Red Bull Racing to become part of the Formula One team’s ‘Simulator Development Programme’.

Graduating into car racing at the start of 2013 in the Toyota Racing Series in New Zealand, Olsen progressed well and secured a best result of fifth position which provided the springboard into that year’s Formula Renault 2.0 Northern European Cup.

Finishing in third position with a hat-trick of podium finishes, the Norwegian moved up into the main Eurocup Formula Renault 2.0 championship last year and took two race wins and another podium on his way to second in the standings. He also dovetailed selected outings in Formula Renault 2.0 Alps.

“I am aiming for the championship for sure”, said Olsen, “The plan was to try and move into Formula Renault 3.5 this season but we couldn’t find the budget, then we had a great chance to join Manor MP Motorsport for Eurocup Formula Renault 2.0. When I tested with the team it was very good, it rained so I didn’t get chance to try the car in the dry but it was a really great day anyway.

“I really like the atmosphere in the team and the way it works. I’ve spoken with guys like [Oliver] Rowland, [Andrea] Pizzitola and Steijn [Schothorst] and they all say how good the team is. The only way this year is to win the championship, there’s quite a lot more pressure on me this year but we definitely have a big chance to win.”

Set to be contested across seven race weekends, the 2015 Eurocup Formula Renault 2.0 season begins in late April at Motorland Aragon before visiting Spa-Francorchamps in Belgium in May and the Hungaroring near Budapest in June.

Making a welcome return to the UK with a visit to Silverstone Grand Prix Circuit at the end of August, the championship then travels to the Nurburgring in Germany and world-famous French circuit Le Mans before reaching its conclusion at Jerez in Spain on 17th/18th October.