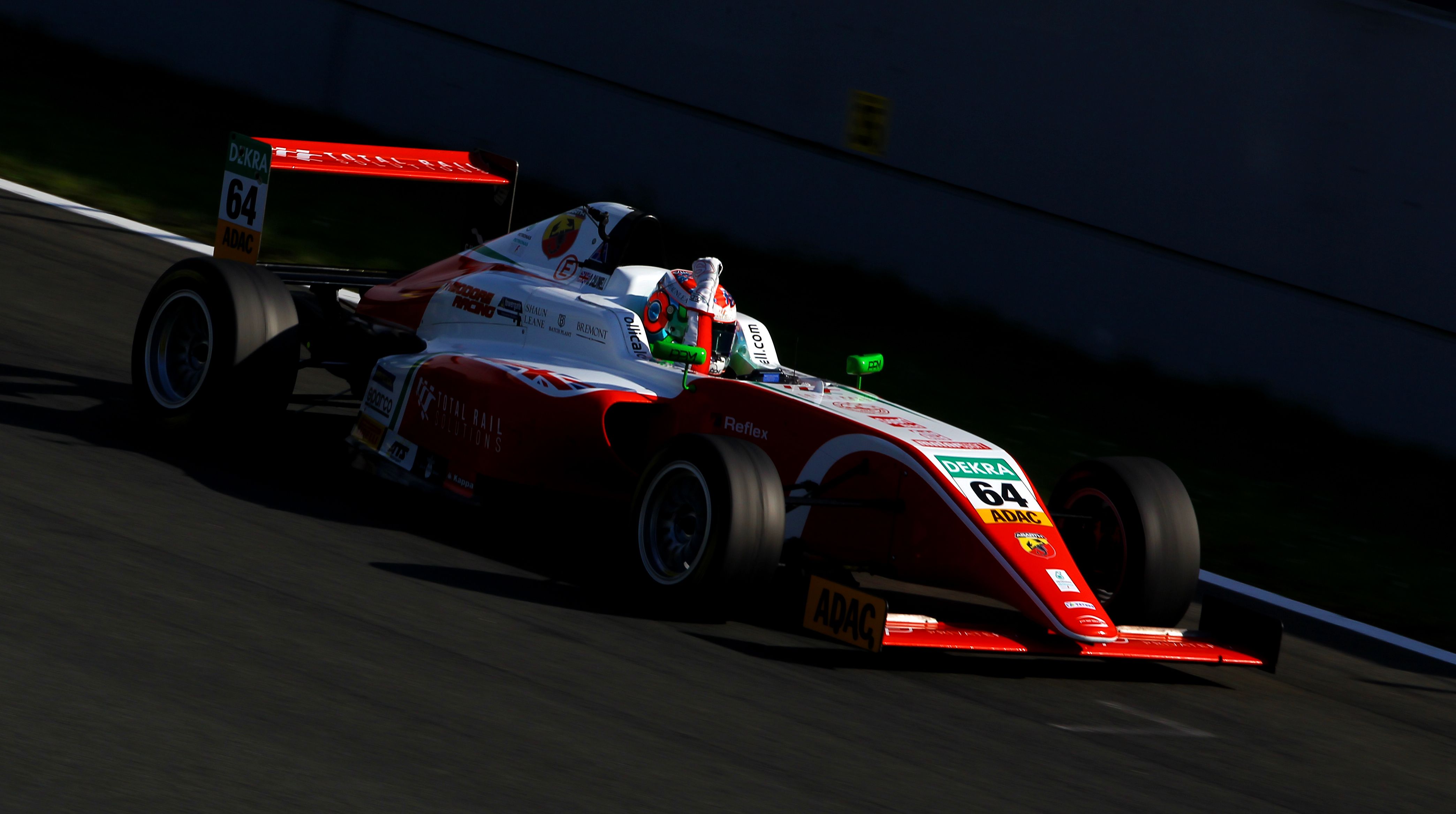 British driver Oliver Caldwell has taken his first victory of the season in ADAC Formel 4 during Race 3 at Oschersleben. He dominated the whole race and lead a one-two for Prema Theodore Racing with Enzo Fittipaldi second. Charles Weerts completes podium positions.

The last race of the weekend in Germany started with Oliver Caldwell (Prema Theodore Racing) starting from pole position thanks to revers gird. The Briton lead light-to-flag for his first win in 2018.

The second position was a way more battled. Leonardo Lorandi (KDC Racing) was running in that position the whole race but Enzo Fittipaldi (Prema Theodore Racing) who made a great comeback from sixth place, managed to overtake the Italian in a tricky corner to secure the runner-up position.

Completes the podium, Charles Weerts from Van Amersfoort Racing. The Belgian driver was running in fifth place during the whole race but he was benefited from Gianluca Petecof (Prema Theodore Racing) and Lorandi penalties.

They were penalized because of avoidable contacts. Petecof because of a contact with Andras Estner (Neuhauser Racing), and Lorandi due to a contact on last lap with Petecof.

Lirim Zendeli (US Racing) who yesterday dominated and won Race 1 and Race 2, today he had to retire after a contact with Liam Lawson (Van Amersfoort Racing).