Home In the Spotlight Oliveira is committed to KTM, no chance of Yamaha MotoGP switch 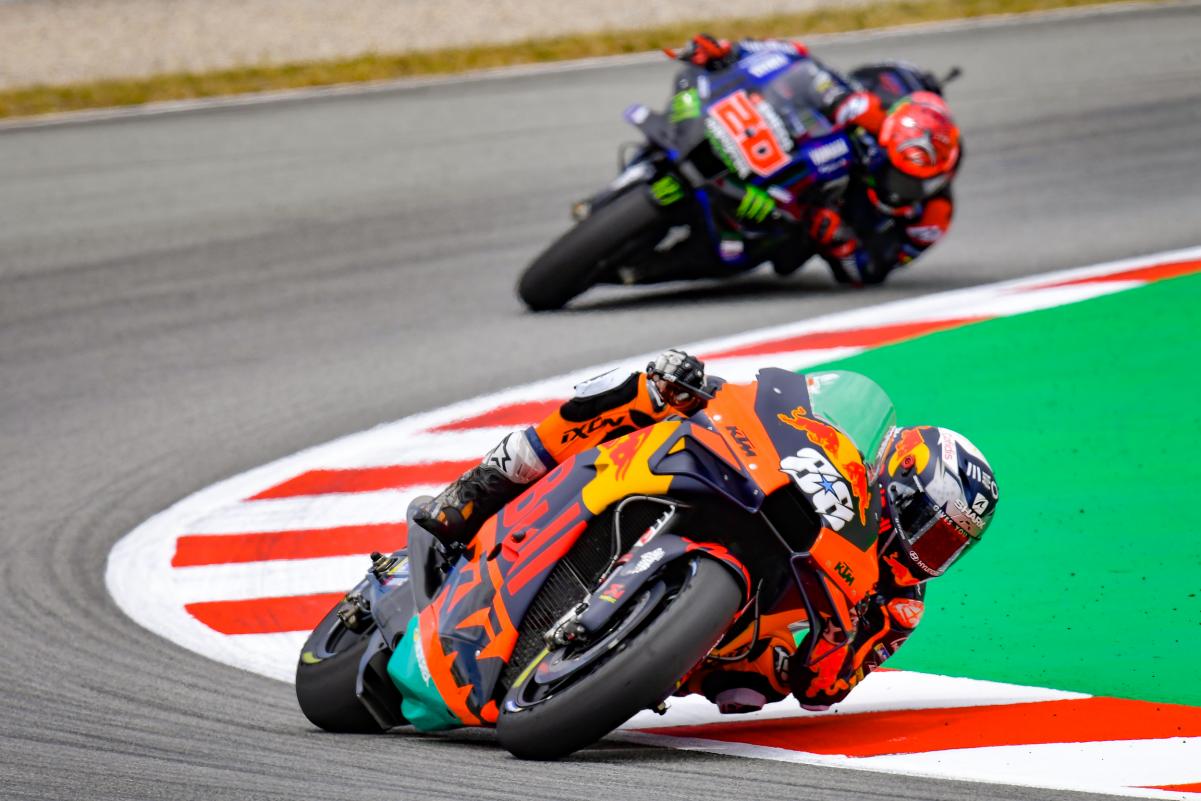 Miguel Oliveira says he is committed to KTM for his current MotoGP tenure and revealed that he also put down a Yamaha offer for 2022.

The decision of Maverick Vinales to leave Yamaha at the end of the 2021 MotoGP season has certainly caused some stir within the paddock as it went away for summer break. Plenty of phone calls and meetings are already ongoing for the seat.

While there are murmurs of multiple names, which includes Franco Morbidelli and Garrett Gerloff, among others, for Yamaha, Oliveira recently revealed that the team asked him about his availability as well, as a replacement to Vinales.

The logical choice looks to be Morbidelli, having partnered Fabio Quartararo already, leaving Petronas SRT to have a youngster in its ranks, but it all depends on how Yamaha views it. For Oliveira, though, he is fully committed to KTM, where he has found good success.

“The market and the contracts, especially in these modern days, come to show that, and we already have one or two cases, when there is no will from one of the parties that the rider does not continue with the team or the team no longer wants the rider, that those contracts are broken,” said Oliveira in an event as per MotorcycleSports.

“Nowadays, having a signed contract is worth what it is worth. I have my commitment with my team since last year for two years and I will not go back on that word. Of course this Vinales situation has brought some nervousness to the talks for the future, I’ve also been approached in that sense, but as I said my focus is on my team.

“It’s a great team and I believe I can be world champion with it and I have a contract and until I win it, while I’m here there is a lot of work to do,” summed up Oliveira, who will continue with KTM alongside Brad Binder in 2022. Their satellite outfit, Tech 3, though could end up having an all-new line-up, having already signed Moto2’s Remy Gardner.

Here’s what Valentino Rossi said on his own future