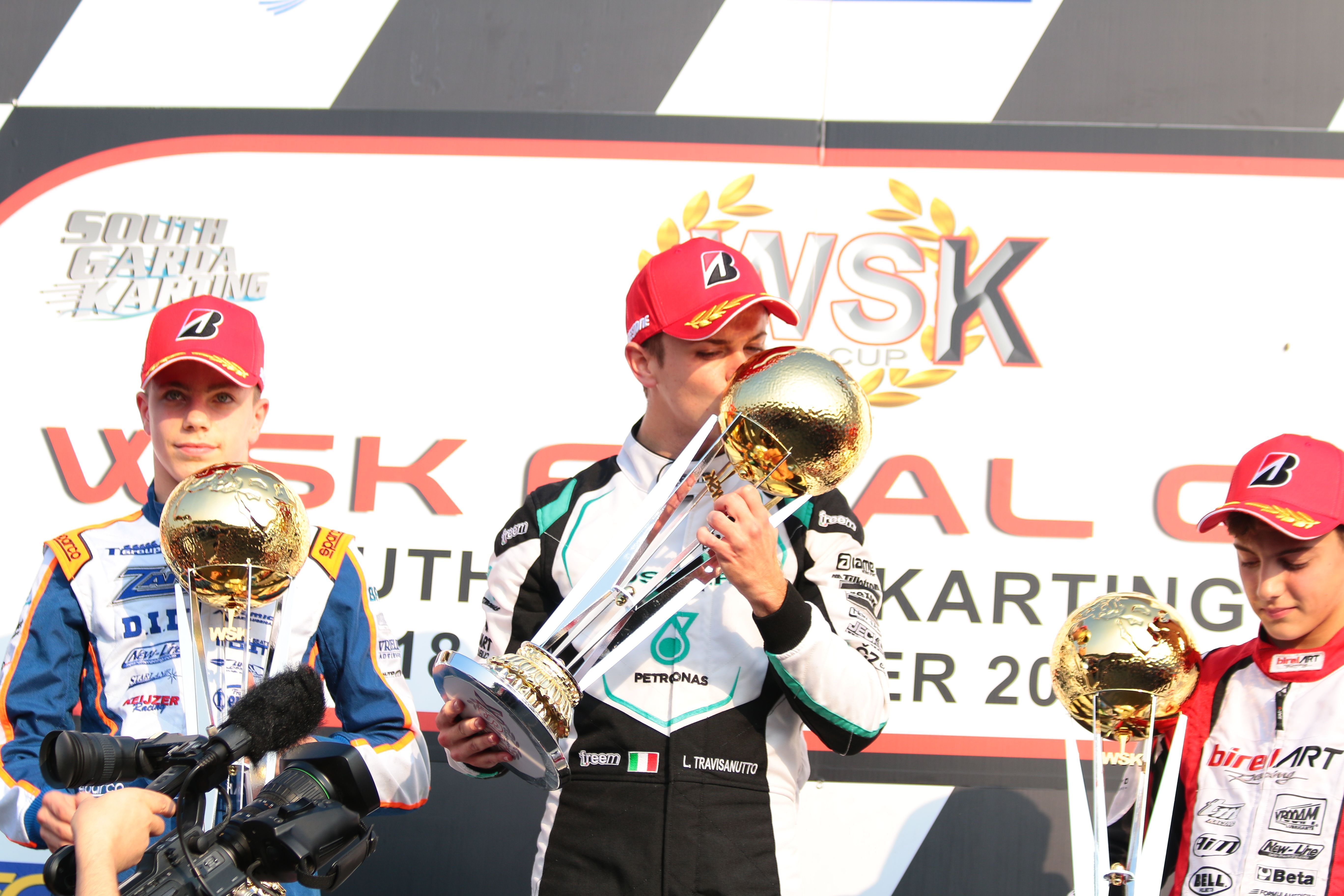 The italian rider, who was proclaimed OK World Champion a month ago in Kristianstad (Sweden), was starting from pole position after dominating Fryday’s qualifying, Saturday’s eliminatory and Sunday’s Pre-Final and he also dominated the Final race from start to finish.

Dutchman Kas Haverkort (Zanardi Racing Team) and Italian Luigi Coluccio (Birel Art Racing) were second and third. They exchanged their positions in the beginning laps, but they maintained their pace throughout the race and completed the podium.

The three drivers opened a gap to all the rivals in the opening lap and increased it as the race progressed. The fourth was Gabriel Bortoleto (CRG), who had an excellent debut in OK category, finishing 3.8 seconds behind Coluccio. Behind him, the British Dexter Patterson (KR Motorsport) was fifth and Danish Nicklas Nielsen (Schumacher Racing Team) was sixth.

Harry Thompson (Ricky Flinn) had a good performance. He started in 22th place and finished 10th, ascending ten positions. The British continued to show his full potential just as he did in the IAME International Final a week ago. In the other side was Rasmus Joutsimies (Ward Racing), who started in fourth position and finished 16th.

In WSK Final Cup driver standings, the young Nico Rosberg Academy Lorenzo Travisanutto is the first championship leader. He achieved a full points weekend winning the qualifiers, pre-final and final and he took 90 points that place him at the top of the category. The second Kas Haverkort follows him 27 points behind and Luigi Coluccio is third 44 points behind Travisanutto.

The next WSK Final Cup round will take place at Castelleto di Braduzzo circuit (Pavia, Italy) from November 8 to 11.