Ai Ogura has achieved his first win of the season in Red Bull MotoGP Rookies Cup in the first race of the weekend at the Red Bull Ring – Spielberg, Austria. The Japanese has led a japanese one-two-three with Masaki and Yamanaka.

At the start, Aleix Viu took the lead ahead of Can Öncü and Ai Ogura. But at the turn 3, Viu fell and touched Öncü who would also go through the ground while he contacted Ogura who managed to save the crash and continue on track, with Deniz Öncü in the lead of the race.

Another crash happened just next to turn 3 that affected Sean Kelly, Rory Skinner and Gabriele Giannini.

In the lead, Deniz Öncü would not be able to keep the pace with the leaders, as he drop down to eighth place. Kazuki Masaki took the lead followed by Ai Ogura, who would easily overcome him and build a one second gap to take home a comfortable victory.

The fight of the race was for the second position between Masaki, Ryusei Yamanaka, Adrian Carrasco and Matthias Megle. Finally, after a constant exchange of positions, it was the Japanese Masaki and Yamanaka who managed to get on the podium.

Behind the leaders, Aleix Viu managed to climb to the tenth place, while Can Öncü made it to the 14th place. 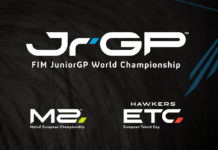 Can Öncü wins in Brno and extends his lead

Öncü again but it is Deniz that takes Sachsenring 1

Viu holds on to Jerez 2 from Sala? and Can Öncü