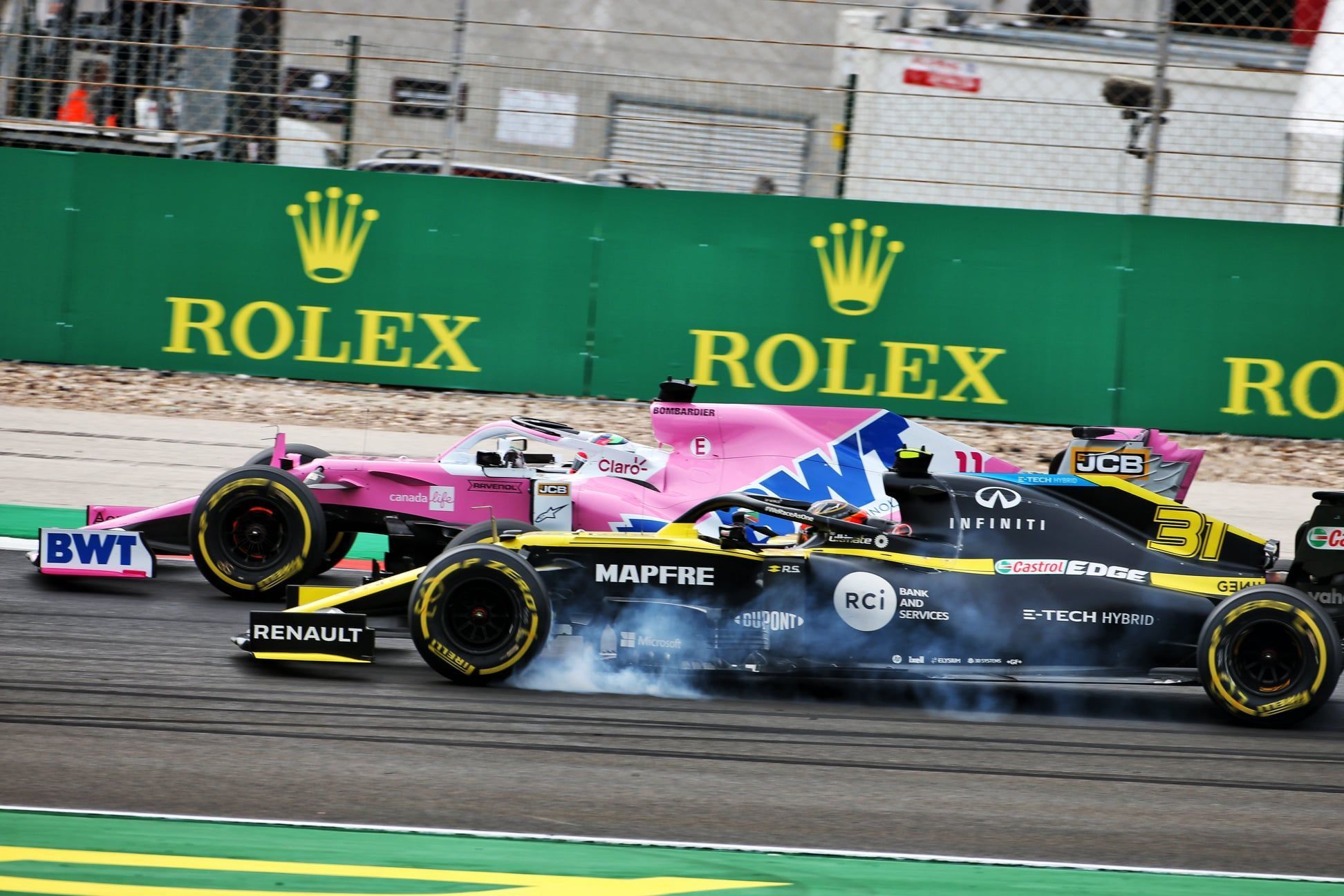 Esteban Ocon thought he could stretch his opening stint in F1 Portuguese GP to even longer period as he enjoyed the clean fight against Sergio Perez.

By all accounts, it was a unique strategy that saw Renault’s Ocon through to a P8 finish at Algarve, the Frenchman having completed 53 laps on one set of medium tyres as he adopted a long-stint philosophy commonly deployed by the team throughout 2019.

Ocon was the last competitor to pit, those around him having done so many laps prior. The distinctive strategy allowed him to avoid gaggles of traffic, as he played a game of tyre conservation whilst facing relatively little opposition on track.

The 24-year-old remarkably maintained consistent pace throughout his enormous stint, even upkeeping competitive lap times at the tail end of his effort. Ocon was confident he could have gone further still into the race, but for the regulation mandating the use of two different tyre compounds in the race.

“I did fifty laps on the same set of tyres – I need to [frame] that on the wall,” said Ocon to TV media. “It was very very hard to start on the medium, and it was a big advantage for those on the softs, so I lost positions. But I stayed calm, remained calm, the longer we were going the better it got.

“It was good fun. We did manage the tyres really well. We did 53 laps on the same tyres and only pitted because we had to,” he added, “[The mediums] seemed to last a long time and my pace was strong even towards the end of the stint,” summed up Ocon, who was happy to finish seventh, ahead of teammate Daniel Ricciardo.

One fight he did encounter was with Racing Point’s Perez. Himself having a bizarre but fruitful outing, the Mexican challenged Ocon into turn one of the lap as he attempted to go around the outside. The two remained locked in battle until the seventh turn of that lap, and the duel – then for fifth place – was considered a highlight of the race.

“That was very positive, obviously the fight with Perez — I wanted to let him go [past] because we were losing time! That was very tight but very nice,” Ocon said, as he also posted the video on his Instagram about the fight, re-kindling, the days at Force India when the two were involved in some fiery tussles in the two-year stint.

Perez, who finished P7 after being overtaken by AlphaTauri’s Pierre Gasly and McLaren’s Carlos Sainz, was equally happy with the fight with his former teammate – this time without a collision. “It was a good move, a good battle with Esteban later on in the race,” he said.

“It was looking great because at that point we were already P5, but I think we lacked some information on that soft tyre: it just grained massively, that front right tyre,” summed up Perez, who also suffered on the soft tyre like Ocon in the latter stages of the the grand prix.

Here’s the video of fight between Esteban Ocon and Sergio Perez: https://www.formula1.com/en/video/2020/10/2020_Portuguese_Grand_Prix__Perez_overtakes_Ocon_in_fight_for_P5.html