Patricio O’Ward has officially ended its ties with Red Bull after being announced full-time with Arrow McLaren SP in IndyCar for 2020 season.

Post winning the Indy Lights title, O’Ward moved to IndyCar but couldn’t secure a full-time driver due to budgetary limitations. With the superlicense points he had, Red Bull took him onboard earlier in the year at the expense of Daniel Ticktum.

The Mexican raced in the Super Formula until the final round of 2019 at Suzuka, where the other Red Bull junior Juri Vips made his debut. O’Ward thanked Red Bull and Dr. Helmut Marko for the opportunity but didn’t officially mention his move outside the programme.

“I couldn’t be happier to be with Arrow McLaren SP for my first full season in IndyCar,” said O’Ward. “I’ve had some great opportunities over the last year, but this is by far the greatest thing that could possibly happen for my career.”

Co-owner Sam Schmidt added: “With our background in Indy Lights, I’ve followed Oliver and Pato closely over the last few years on the Road to Indy. I couldn’t think of a better pairing as we write the first chapter in Arrow McLaren SP’s story.

“They’ve proven their skills on the Road to Indy and with an Indy Lights championship each, they are ready and deserving of full-time seats in IndyCar. I have no doubt that Askew and O’Ward are the right drivers to move Arrow McLaren SP forward.”

Gil de Ferran stated: As we look to establish Arrow McLaren SP and re-establish McLaren in the world of IndyCar, I’m delighted to be welcoming these two young, homegrown talents to the team. Askew and O’Ward represent the new generation of IndyCar drivers.

“Proven winners and exciting prospects, I have no doubt that they will form an excellent pairing as we take on the 2020 season. Both drivers were super-impressive in Indy Lights, racking up 16 wins between them over the last two seasons.

“We have taken time and care to make a driver selection that we believe is in the best long-term interests of Arrow McLaren SP.” The announcement also marked the release of James Hinchcliffe from the SPM squad after five seasons together. 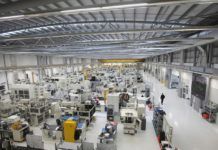 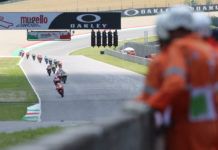