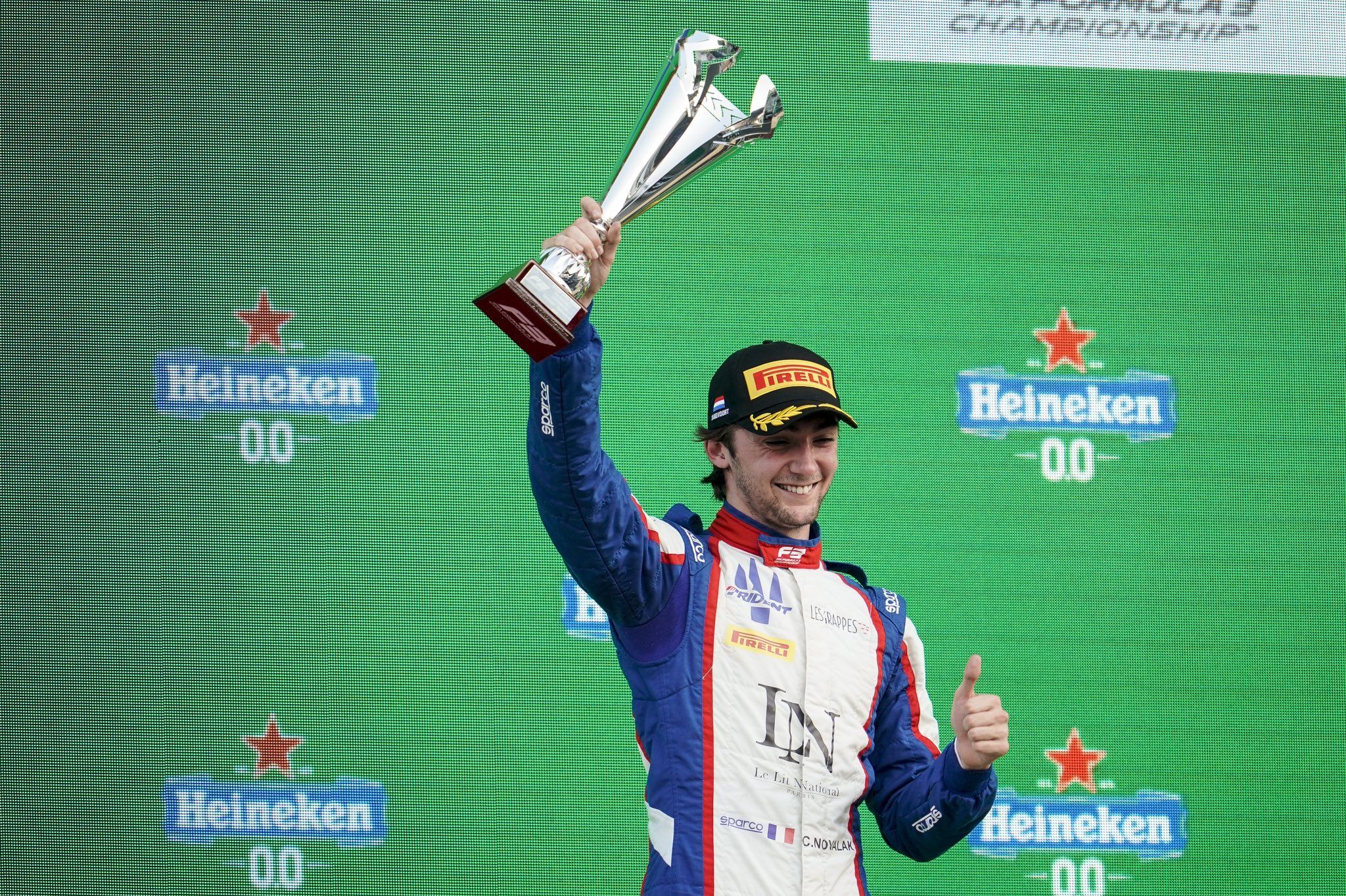 The 2021 F3 season has seen a lot of incredible racing by 30 solid young drivers and Trident’s Novalak is one of them. The 20-year-old French-Swiss has competed in Formula Renault, Toyota Racing Series, and the BRDC British Formula 3, before his FIA F3 bid.

He secured the British F3 championship in 2019 and graduated to FIA F3 Championship in 2020 as a rookie with Carlin Buzz Racing, finishing 12th in the standings. The Frenchman switched from Carlin to Trident in 2021 for a second consecutive season.

With the final round in Sochi this weekend, Novalak sits third in the drivers’ championship behind teammate Jack Doohan and Prema Racing’s Dennis Hauger. FormulaRapida.net had the opportunity to catch up with the Frenchman, where he spoke about his move to Trident, performance consistency, confidence, future in F2 and more:

Q) The move from Carlin Buzz Racing to Trident this year. With the season ending can you reflect on whether the season has worked out how you wanted it to and how you expected it to?

Clement Novalak: “Of course every driver wants more, but the step up was in the end what I expected. I’ve learnt a tremendous amount from being able to work with such a professional team in Trident, and obviously we’ve managed to get strong results week in, week out. And in order to thank the team, I hope me and teammates can put forward a strong performance in Russia to thank them for the season and hopefully take the team’s title for them.”

Q) You’ve spoken about consistency and the importance of consistency for a driver throughout the season. Now looking at your own, you’ve clearly shown this consistency in your races this season with Top 10 every race apart from just a few exceptions. How has it worked out for you this season; did you expect yourself to be this consistent, especially as high up in the grid positions as you are currently?

Novalak: “It’s worked out well I believe. Probably not as well as I wished or I’d be further up in the standings. but it’s an extremely important quality as it allows you to make the most of opportunities when they arise. I think you know any driver would love to win every race but it doesn’t always happen, hence at least being at the sharp end every race allows you to score big points.”

Q) In a series with 30 drivers, how crucial is it to stay in the front of the field? And with you being third in the standings with 122 points, it’s safe to say that you’re in front of the field so is it less pressure or more pressure. You have certain responsibilities/expectations to stay in the front because you’re already there but at the same time you’ve improved greatly when you look at last year. So how is your experience being in the front?

Novalak: “Well, obviously, confidence plays a huge role on the mental aspect of a sportsperson, so being at the front of the standings is mentally beneficial. On the other hand, you do have added pressure, as the drivers you compete with are of the highest caliber and some of the brightest talents for the future, which makes it a greater challenge. But from my side, I’ve never turned down a challenge and hence why I’ve really enjoyed it this year.”

Q) You’ve won the British F3 title in 2019, you finished 12th in your first F3 season last year and you’re currently third in the standings. In the position that you’re in and with the stats that you have, does it bother you that the limelight is on other drivers in F3 rather than yourself? Or do you prefer not having the limelight on you and focusing completely on yourself and your driving and improvement?

Novalak: “Honestly, it hasn’t really crossed my mind. I believe that you gain recognition from results and results come from hard work. Obviously having the limelight can sometimes give you a confidence boost, but I myself, would rather focus on my personal and driving improvements, and become both a better driver and a better person by focusing on myself.”

Q) Another change this year was also the change from the British to French license, what exactly was the reasoning behind that? What sparked the decision this particular year?

Novalak: “In the previous series I took part in, I wasn’t racing with such an international crowd as in FIA F3, and last year made me realise that I wanted to represent my country, hence the change. And it was the best decision possible. In the end the weekend in Paul Ricard will be something I always remember, due to the amount of support the French drivers got.”

Q) There’s been certain murmurs here and there about F2 next year especially considering it is the logical step up for an F3 driver. Can you tell us if you have anything sorted out for next year and if your plans are set? Is there a team you’re talking to, or one that you already have, Trident or other?

Novalak: “I think that even though not many people have been announced, things have already started moving for next year’s F2 driver market. From my end, the logical step up is F2 and so whilst I have Sochi in my focus I also need to start thinking about the move. Regarding teams, discussions have taken place but it’s still too early to say what or where I’ll be next year.”

Q) Could we potentially see you in F2 after Sochi, if there is a seat available, can we expect that from you?

Novalak: “Never say never. Obviously it would be great experience, but that’s some time to look at once the F3 championship is over.”

Q) You’ve said before that one of your favorite tracks is Monza. With your racing style being directly compatible to the track, hard and aggressive braking, is that the reason it’s one of your favorites or is it something else? Also, apart from Monza is there any track you wish to race at, it can be from any calendar and why?

Novalak: “I think Monza is just beautiful, both because of the scenery, having Milan around the corner, but also in the sense that you can feel the history there. It’s also extremely high speed, produces very strategic races regarding DRS usage and promotes a lot of overtaking. I would also really love to race in Japan, as Suzuka is, from what I’ve heard, one of the best race tracks ever. The fans are amazing and well, to put it simply, there’s sushi, and I love Japanese cuisine.”

Q) And finally, I wanted to ask about Twitch. You stream on twitch occasionally and I wanted to ask whether it’s a hobby and passion for gaming and esports or a potential side hustle? And what’s your favorite game to stream?

Novalak: “Twitch is just a bit of fun. I really enjoy sharing experiences with fans and obviously playing video games so it combines the two. I’ve mainly been playing Call of Duty as I’ve thoroughly enjoyed that game, and it’s been cool to play with other drivers who share this fun hobby of playing and streaming. I think it’ll try make it a bit more professional in the future to make the content even more fun to watch.”