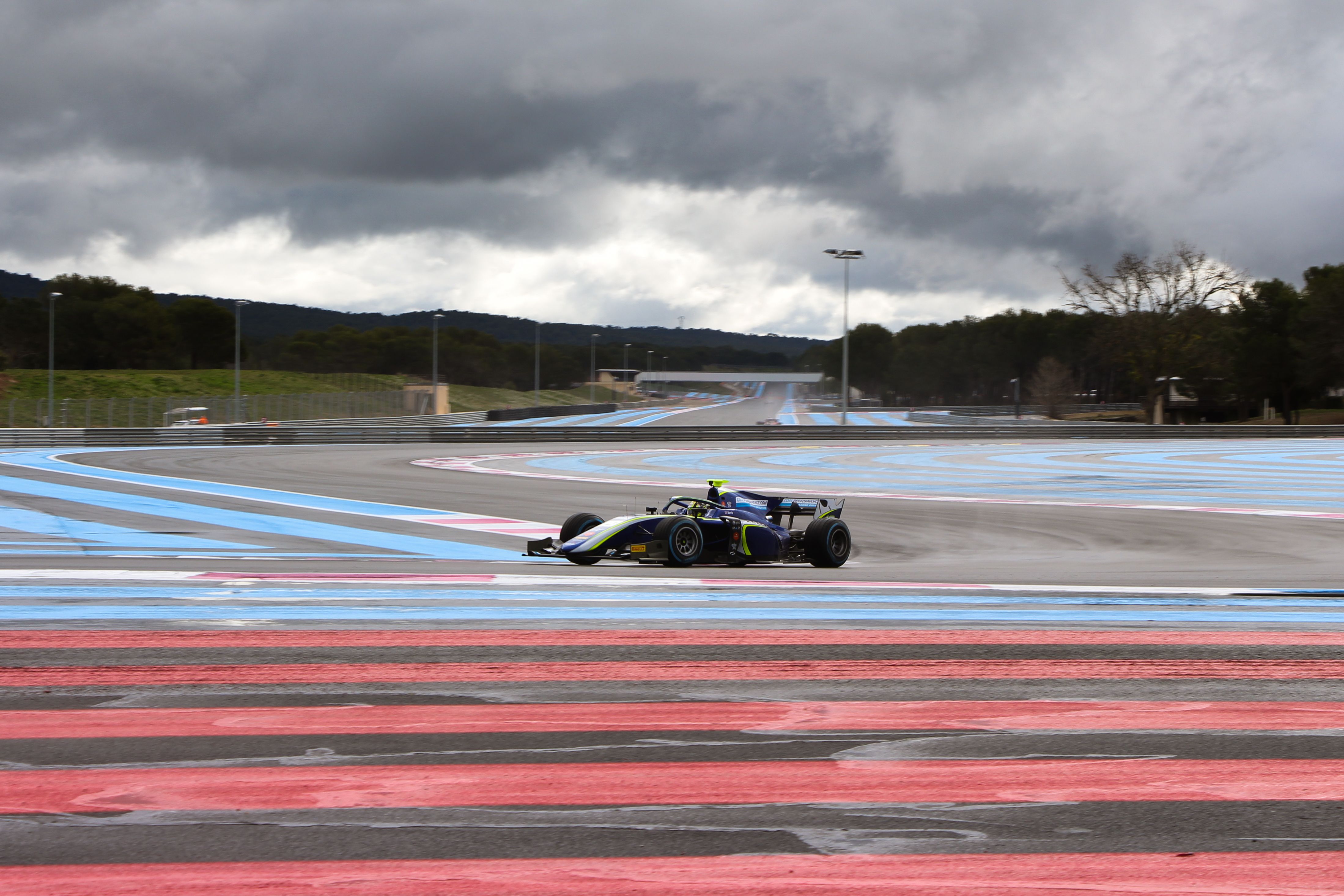 The morning session started under the pouring rain, with few cars coming out in the initial stages. When they finally hit the track, most of them only completed an installation lap. Before the clock hit the hour mark, Jack Aitken’s turbo caught fire in the ART Grand Prix garage and the Britton was seen easily jumping out of his car even with the brand new Halo. That was Aitken’s morning session done with no laps.

With the poor weather conditions, yet the sun coming out here and there, the morning session was not a busy one. Arjun Maini (Trident) was the one with the most laps by the end of the AM session, while Norris led the way.

The afternoon session started of with much more sunshine and a dry track. With no particular big incidents, except for the usual testing problems seeing cars stop on track and causing some red flags. Norris seemed to have the overhand again, but with 30 minutes till the end of the session we saw some more drivers pushing to set a competitive time. Sean Gelael (Pertamina Prema), Luca Ghiotto (Campos), George Russell (ART GP), Sette Camara and de Vries all getting into the 1.43’s.

Hughes to race with HWA, Beckmann moves to Campos for Monza F2

Beckmann leaves F2 due to family business; Fittipaldi steps in at Charouz