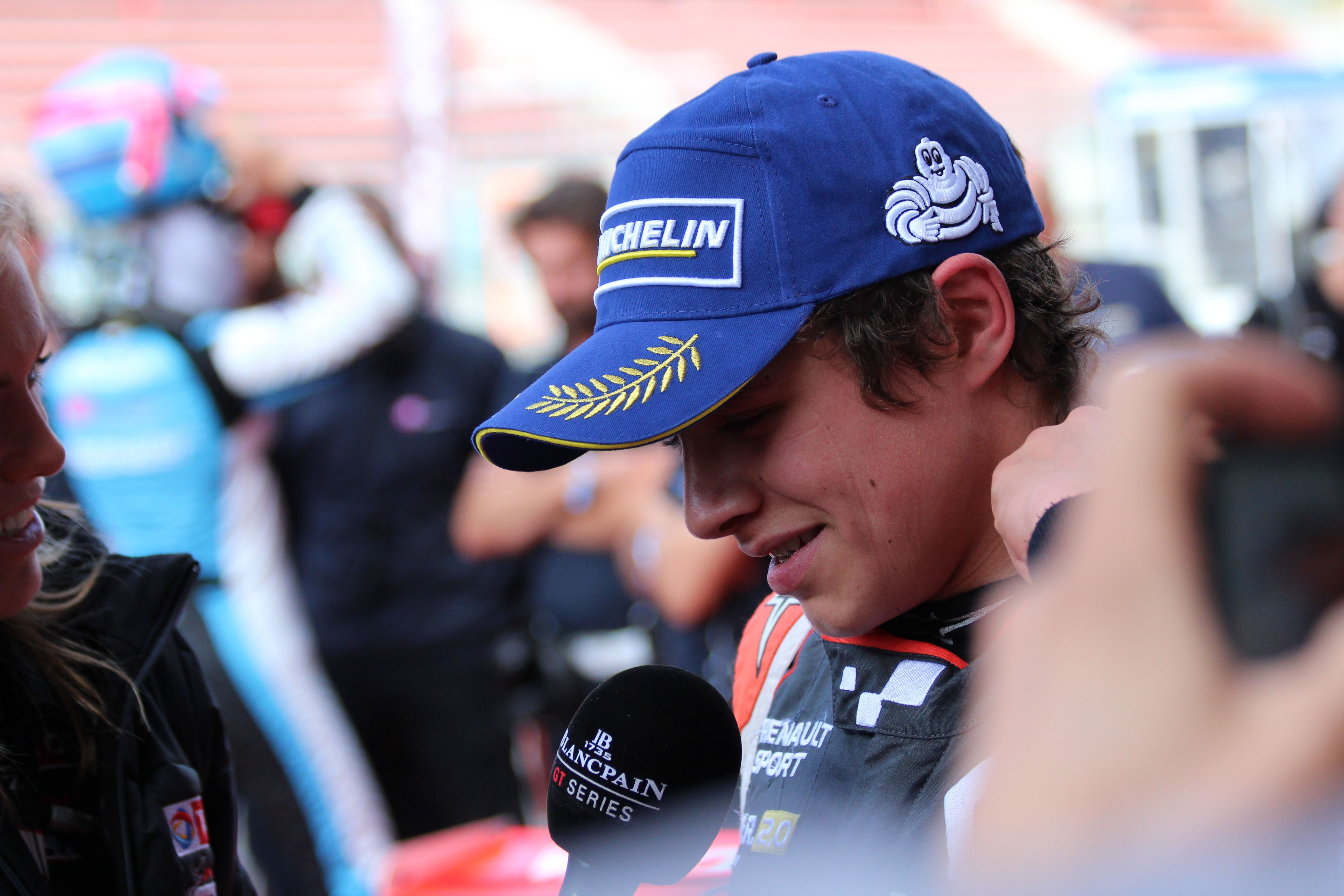 Lando Norris was stellar in today qualifying sessions of Formula Renault 2.0 NEC at TT Circuit Assen, Netherlands. The championship leader managed to set the pole position for both Races ahead of Daruvala in both as well. Defourny was 3rd and 5th.

An intense first qualifying session was a controlled one for Josef Kaufmann Racing drivers, Jehan Daruvala and Lando Norris. Norris who is leading the championship set the pole position for Race 1 by 0.028 s ahead of Daruvala and 0.037 s of Max Defourny (R-ace GP).

The Tech 1 Racing with Dorian Boccolacci and Sacha Fenestraz made some pressure to the top3 but they weren’t able to beat the Trident of the series.

After the first qualifying, the second qualifying was following immediately so many of the drivers decided to go to the track at the end of the session. Meanwhile, Palmer was leading ahead of Antoni Ptak (Cram Motorsport).

With 7 minutes to go the field joined the track and Norris again was unbeatable setting another one-two for Josef Kaufmann Racing with Daruvala second. The Tech 1’s of Boccolacci and Fenestraz beat Defourny who only was fifth.