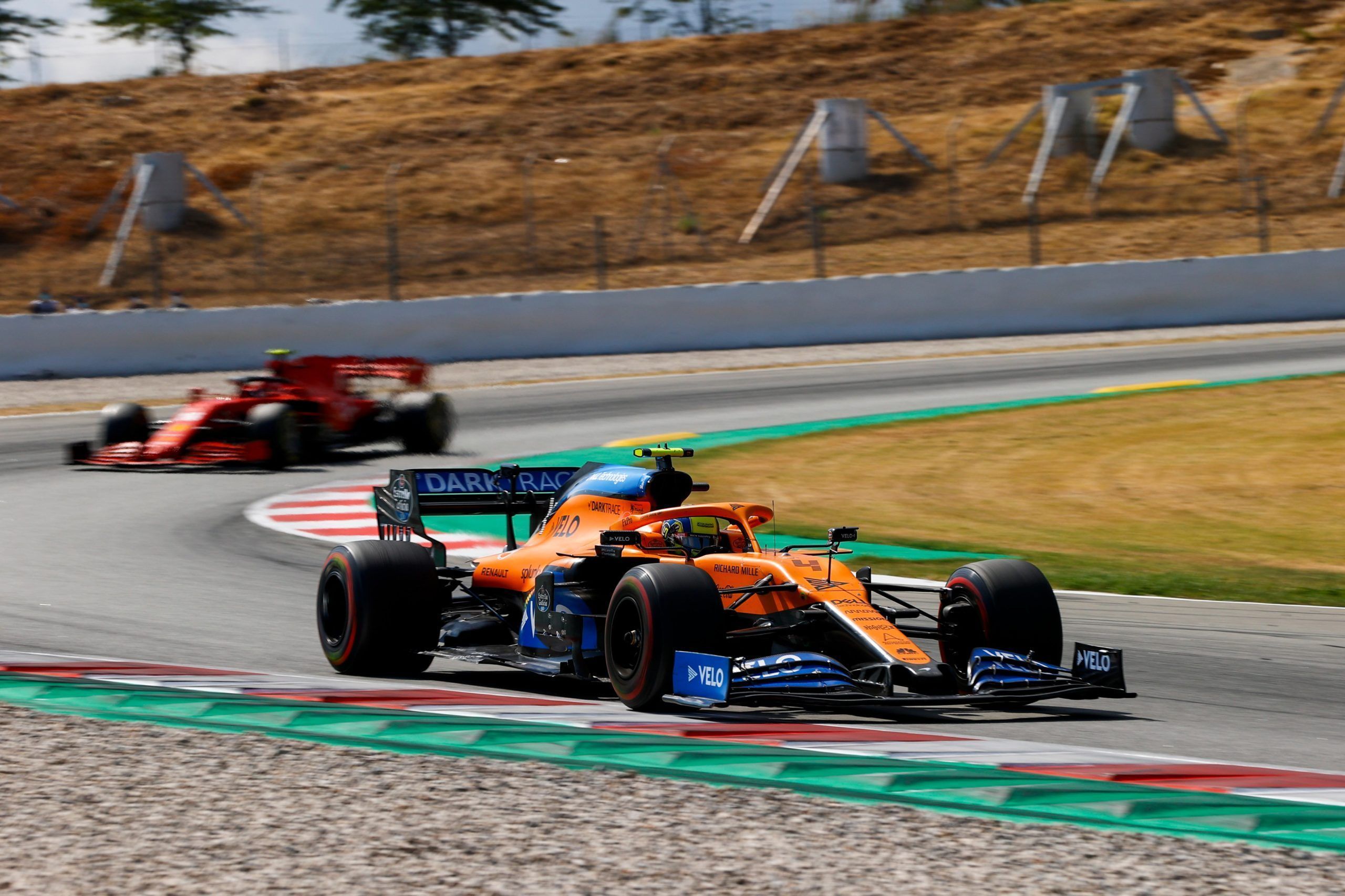 Lando Norris feels joining McLaren in the position it is now in F1 was ‘less pressure’ on him as a rookie as opposed to when it was winning races.

Norris was promoted to F1 in 2019 to replace Stoffel Vandoorne alongside another new face Carlos Sainz replacing Fernando Alonso, as McLaren steadied itself in partnership with Renault after the departure of Honda and the difficult years.

It was a recovery mode for McLaren, which Norris feels was the perfect time for him to join as a F1 rookie and learn, while help the team to push itself towards the top. He reckoned the pressure was less then, than what could have been, if they were already on the top.

He acknowledges that the pressure was still there but McLaren were able to work through in a fresh start rather than live with the burden of the past few F1 seasons. “I think in some ways, it wasn’t terrible [to join a team suffering at that time],” started Norris.

“That is because I could join them with probably a lot less pressure than joining them if they were at the top, for example, where they had an ability to win races, I think there’ll be a lot more pressure on the driver too. So I think it was almost a nice scenario for me to join McLaren.

“It’s difficult, there was a lot of learning for everyone at the time, not just from me as the driver, but every department has had changes and has undergone developments. And so many things have changed within MTC and, the team structuring over the past few years. But it was almost, in some ways, pretty good for me as a driver that I could come in and not make or take advantage of other people’s problems and everything else going on.

“But join a team where there was a lot of restructuring and everyone was more willing to help each other. And I think that was a good thing for me that I was able to spend a lot of time with my engineers, obviously learning from from Stoffel and Fernando at the time, to try and develop myself the best way possible, for when the package would become better like last year and this year.

“It was nice for me and good for me that I think I was able to focus on myself probably a bit more than coming in and having a lot more pressure on, even though there was a still a lot of pressure on joining McLaren. But that was where they were at the time. I didn’t think they were underrated, I think they’ve always been rated as one of the best teams.

“But at the same time, that’s where they were as a team. They were under a lot of pressure from a lot of areas because of where they were and whether they should be and where they’ve been over the past few years, when they were winning races and winning championships.

“So it was just a bit of a mess with where things needed to be improved on. But I think over the past few years, I’ve been able to focus on myself and the team have focused on themselves and I think we’ve come strong over the past couple years to where we are now,” summed up Norris.

While Norris was able to mold himself into McLaren and learn the craft, teammate Sainz got a taste of another F1 team after Toro Rosso and Renault. He became the unofficial leader after Alonso left but all his work will be taken over by the Brit and incoming Daniel Ricciardo, which doesn’t bother the Spaniard as such.

“Was I nervous about joining McLaren? No, I guess the typical nerves of joining a new team, but no nerves of performance expectations,” said Sainz. “I knew going into that year that the team was doing a very big restructuring, which is starting to pay off, or it started to pay off last year and now into this year the improvement has been very, very good.

“I’ve enjoyed it a lot. Honestly, I’ve seen such a huge progress inside this team. And to be part of such a huge turnaround in such a short period of time makes me feel very proud of all the people working here and I’ve seen so many good people working hard, working long hours, and doing the right things at the right time, learning altogether, making mistakes but then learning from them.

“I felt really, really proud to be part of all this, and it’s been quite actually a very nice journey, which I will remember for my whole career because it taught me quite a lot. And will I regret the decision to leave and join Ferrari? No, I’ve taken a decision, and committed to that decision. I’m very encouraged, and I’m very looking forward to next year’s challenge. So, no, there’s no regrets,” summed up Sainz.