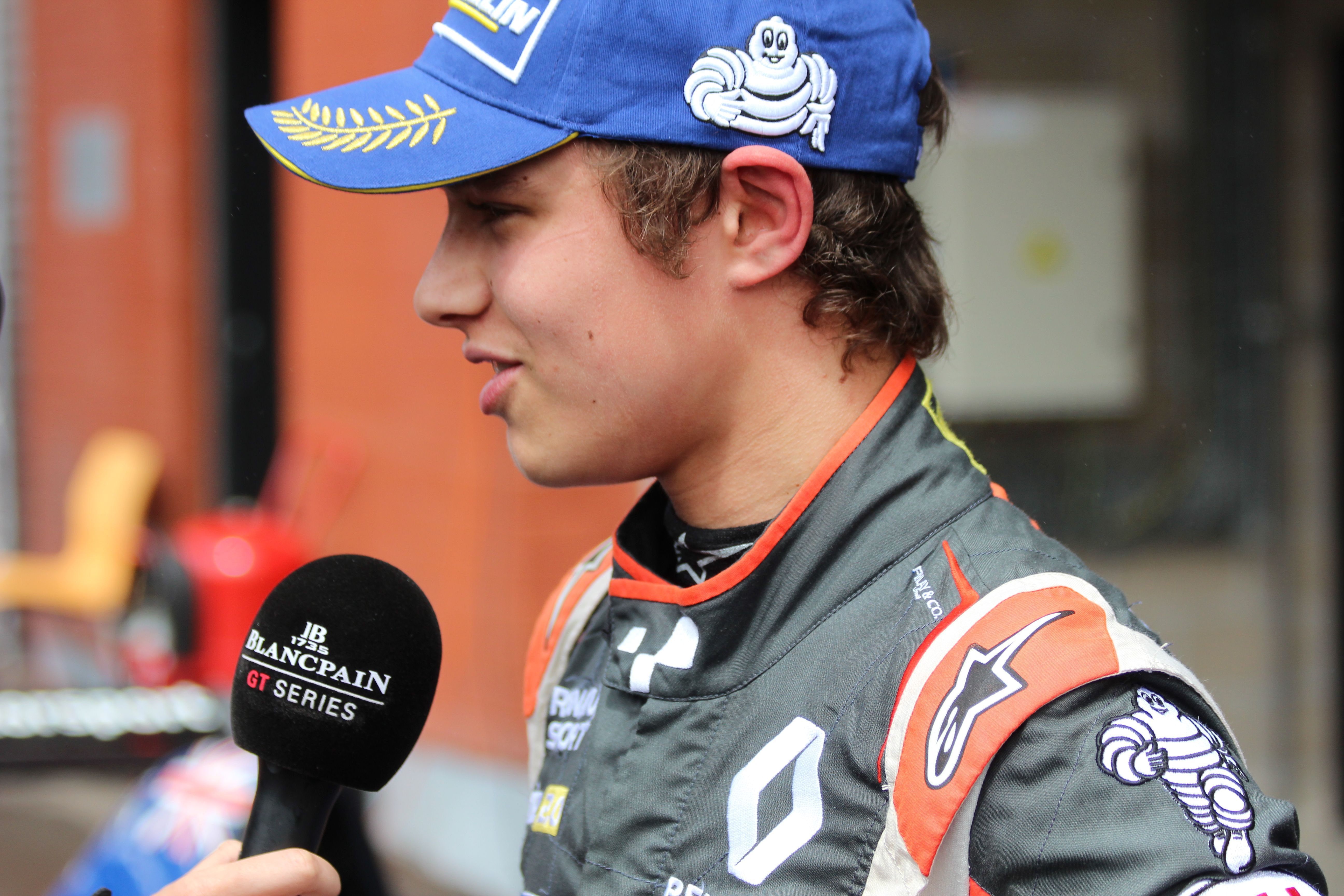 SPA-FRANCORCHAMPS | Lando Norris takes first Formula Renault 2.0 NEC race in Spa-Francorchamps in Belgium. The JKR driver did not have rival while Boccolacci and Allen were with him on the podium.

With rain yet stopped but track still wet the Formula Renault 2.0 NEC race in Spa-Francorchamps started with Lando Norris (Josef Kaufmann Racing) on pole and Max Defourny (R-ace GP) from last position. A race in which Bruno Baptista (Fortec Motorsports) could not race due to an accident during qualifying.

At the start Norris was defending from Boccolacci‘s Tech 1 Racing’s attacks, which at turn one recently had a touch with his teammate Sacha Fenestraz. Leaving Les Combes, the local driver Ghislain Cordeel (JD Motorsport) crashed onto the wall causing a Safety Car period.

But again an accident happened; Nerses Isaakyan (AVF) broke his rear wing and retired, while Max Defourny also entered box to solve an issue, losing a lap with this move.

At the front Julien Falchero (R-ace GP) was blocking drivers from seventh position, something that Daruvala (Josef Kaufmann Racing) -championship leader- did not find comfortable, but would at the end make the overtake to avoid Antoni Ptak (Cram Motorsport) from scalating. An amazing battle between Tech 1 Racing cars of Aubry and Fenestraz ended with the MonteCarlo winner keeping the overtake.

You may watch the entire race here: