Home F1 Norris happy to score despite no performance, grateful Sainz stuck around 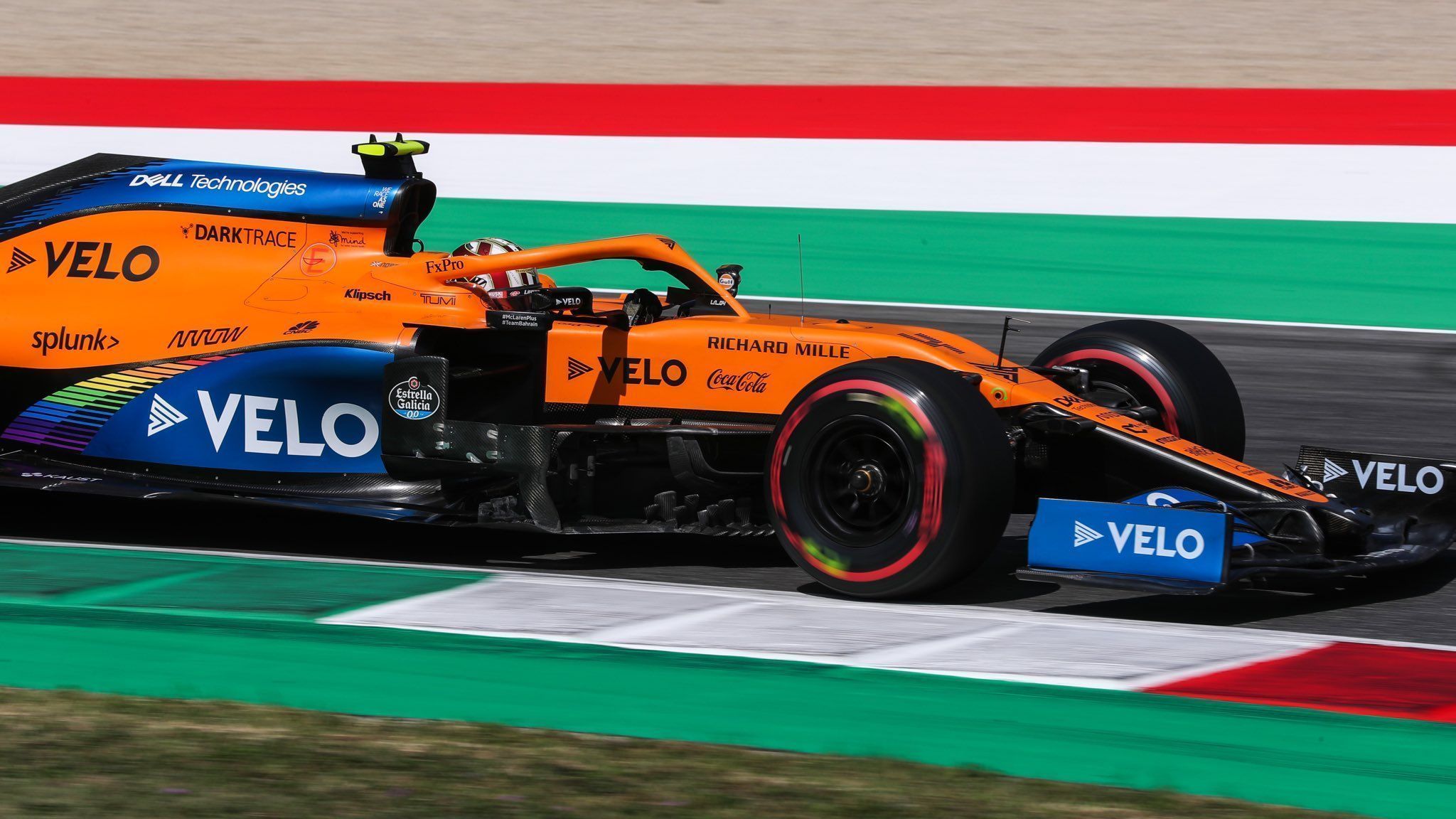 Lando Norris was relieved to keep out of trouble and secure good points in F1 Tuscan GP despite lack of performance as he was grateful of Carlos Sainz sticking around and helping his team and teammate.

Norris got off to a decent enough start in the F1 Tuscan GP, but crucially, the young McLaren driver avoided the chaos that occurred when the grid snaked through the early parts of the first sector – a point at which many others were caught up in a melee.

The Briton kept out of trouble in the subsequent restart, when yet another gaggle of his competition crashed out, and from there on in, managed his race well, even through yet another red flag – despite not having supreme pace on his car.

The result of his efforts was a P6 finish – a vast out-performance of his car at the particular event. This was a performance that solicited a great response from his F1 team and the paddock alike, and one that Norris was happy with as he once more netted a meaningful amount of points, even though he was dissatisfied with his starts.

“The first laps with all the restarts and starts was just chaos,” said Norris. “I always got dropped. Everyone always got away from me, and then there were some more crashes. I don’t think it was too bad for me, I just stayed out of harm’s way and all the crashes and ended up P6. [It was] a bit of a surprise, because we weren’t anywhere near P6 on pure pace. But we just avoided the carnage and scored some good points,” he said.

Teammate of Norris, Sainz, meanwhile, was not so lucky. Having already spun in the race’s first incident, the Spaniard got caught up in the restart chaos, as his race ended upon him hitting the back of the involved Alfa Romeo car of Antonio Giovinazzi.

Sainz was quick to leap out of his stricken McLaren, darting to the garage holding his hand. He would have been forgiven for receding to his motorhome, slinking away in frustration. However, the 26-year-old stuck around, helping his team throughout the remainder of the race, with a drivers’ insights.

For this, Norris was grateful, as he also expressed his sympathy. “I spoke to him in the stops, he was back there helping out the engineers, and talking to the engineers, watching my onboards — trying to give feedback,” he said. “He was still out there helping, even though he was in the garage, which was a shame.

“I saw his onboard, and he just said he had no time to react. The guy in front of him pulled out of away, the guy ahead of him was stopped, and he had no time to avoid, or get his hands off the wheel. It was a shame, I think we could have had two cars in the points, but P6 was still good for us,” he added, before speaking more thoroughly on the incident that claimed the life of his teammate’s race.

“I think that’s just the way it is sometimes – especially here, with such a big slipstream effect down into turn one, everyone is just kind of concertinaing a little bit,” said Norris. “From first to last, the guy behind always wants to get the jump on the next guy. You’re always dropping a little bit and going a little bit – even though you’re not allowed to.

“We’re racing drivers, you always want to get the jump, and do something more than the car ahead. And obviously the further back you go, the more all of this happens, so I don’t know; I haven’t seen any of the on-boards, I don’t know if someone caused something more than anyone else, but that’s just the risk of having a restart place like we do here. I avoided it, so not my problem!” joked Norris.

Here’s what Carlos Sainz and others said of Lap 1

Here’s what was said for the re-start crash