Home F1 Norris goes through his moves on Ricciardo, Gasly and Leclerc in Bahrian 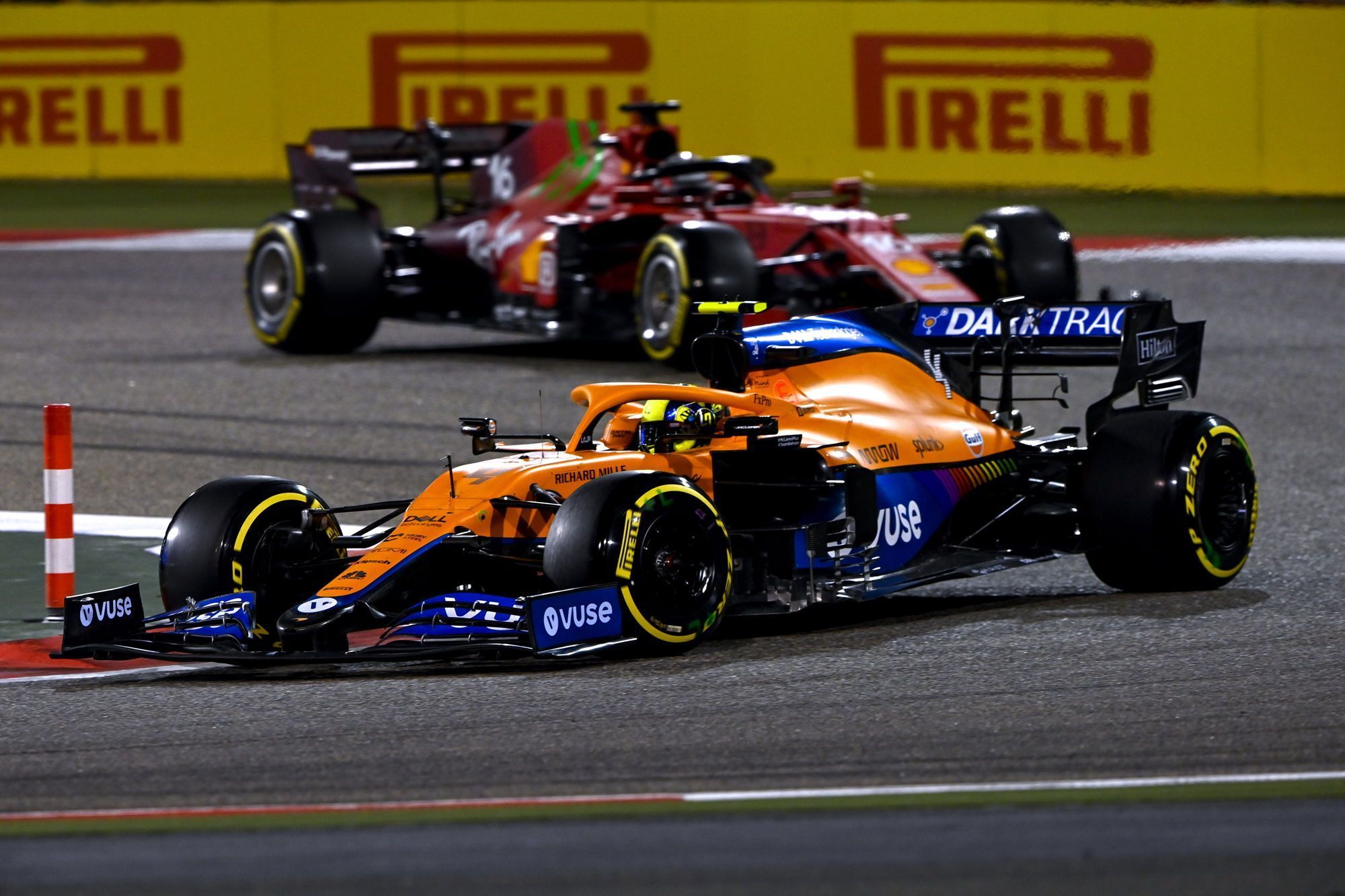 McLaren’s Lando Norris discusses his numerous battles in the 2021 Bahrain GP, and his race as a whole after his fourth place in the season opener.

The Brit’s effort in F1 Bahrain GP was indubitably aided by an effective opening lap, in which he dispatched teammate Daniel Ricciardo just four corners into the race. Though Norris says he suffered from wheelspin off the line, the McLaren driver called his battle with his new Australian teammate ‘fun’, the two even remaining side-by-side through Turn 10.

“[The start was] not ideal, I had a bit of wheelspin as I’m still trying to learn everything about the new PU and how to maximize it,” Norris conceded, when speaking to Sky Sports. “But I kept a decent position, and having a nice clean exit [in T3] kept me in the clean air, not the dirty air from Daniel.

“He had to defend and I went to the outside, an overtake I’ve kind of done here every year now. Daniel was still alongside me here so there was a little bit of battling, and it was a lot of fun,” Norris said, the pass serving beneficial as it meant he restarted the race a position higher after Haas’ Nikita Mazepin crashed out.

During the race restart, the 21-year-old executed an identical turn four overtake on AlphaTauri’s Pierre Gasly to move one spot further up the order. Despite his stylish move around the outside of the high-speed corner, Norris says he sought to keep his nose clean: “[The restart] was a lot of trying to stay out of trouble,” he began.

“[Pierre] slowed up a little bit more [in T2] – a little more than I was thinking, and I had to lift a little bit. That’s why I lost out [on the straight.] I had the same plan as I had on Daniel, make a clean move, and I almost got Bottas as well. It was close, and a good little battle we had,” Norris added.

Later on, the third-season driver would battle wheel-to-wheel with Ferrari’s Charles Leclerc, failing to execute a pass around the outside of turn four as he had managed in many laps prior. The Brit was forced off the circuit and made note of the move by Leclerc when speaking to his team over the radio, but retracted his complaints after reviewing the racing.

“I made [Charles] use a bit of his battery and I did a good job of regen-ing mine [sic],” said Norris. “It was just a good battle, I complained on the radio [that he ran me wide] because he did, but at the same time it’s not like he deserves a penalty or anything. This was nice clean racing, I’d have done the same in his position.”

“It wasn’t easy but I fought hard in the beginning to get track position, and then I could maintain the tyres and keep them in a good condition. I’m happy: a good start to the season,” Norris added of his race in general, as he finished a solid fourth, as he managed to have enough gap to disallow Red Bull’s Sergio Perez to catch him. 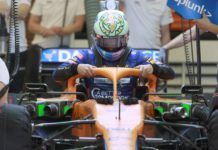