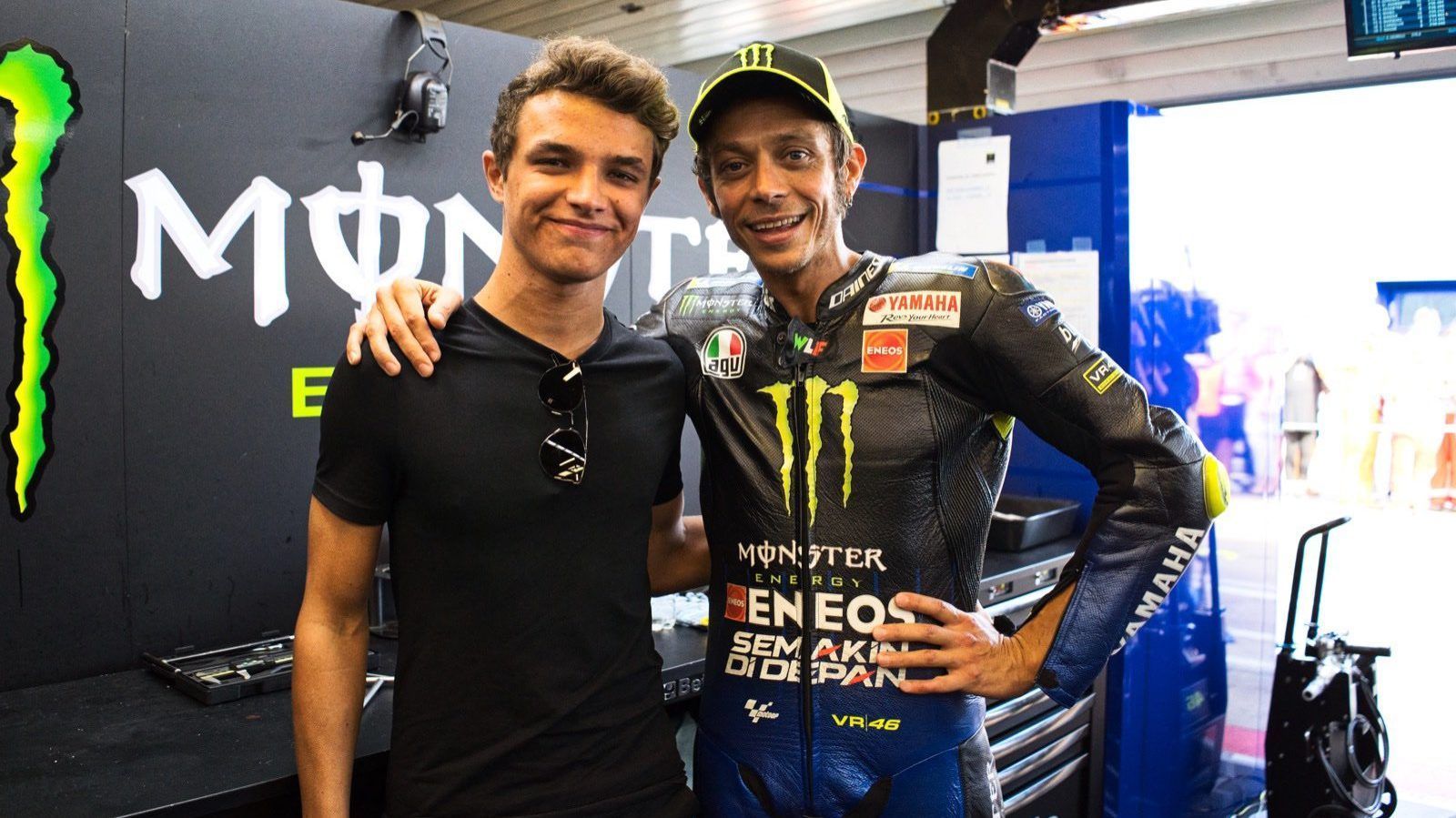 Norris has long said about being a MotoGP and a huge Rossi fan, especially when he revealed the reason behind taking up race number 4 to kick-start his F1 career with McLaren.

At the same time, Red Bull Racing’s Alexander Albon shared his love for Rossi as well by choosing 23 as his F1 race number, which is half of the Italian’s MotoGP race number, 46.

While Albon hasn’t had the chance to showcase his love as much but Norris has been quite popular on social media. He also met his hero at Silverstone during MotoGP’s British GP race weekend.

Between that and F1’s Italian GP at Monza, Norris’ new Rossi hat became quite popular as well. Just before the weekend, he showcased a tribute helmet in the colours of Rossi – blue & yellow – with matching race boots.

Not only the helmet and the boots, Norris sported the hat as well. Rossi responded on social media but when asked about the tribute during the MotoGP’s San Marino GP press brief, ‘The Doctor’ was quite chuffed.

The Italian felt honoured and proud while talking about both Norris and Albon. With the British driver, he intends to exchange helmets as soon as possible. “I am very happy and I am very proud,” he said.

“It is a honour because at the beginning of the new season, new drivers arrived in F1 like Lando and also Albon and they said that while growing up, they followed MotoGP and follow me.

“So, they are my fan and it is something good. I like the feeling, especially because they are two drivers who are very-very strong. Lando did a great job, so it was great pleasure.

“Now, we will swap the helmet as soon as possible. I met Lando in Silverstone and he’s a very good guy, he’s very young because he is just 19-years, but he is already very clever and it looks like he has got a lot more experience than his age, so I am also his fan.”