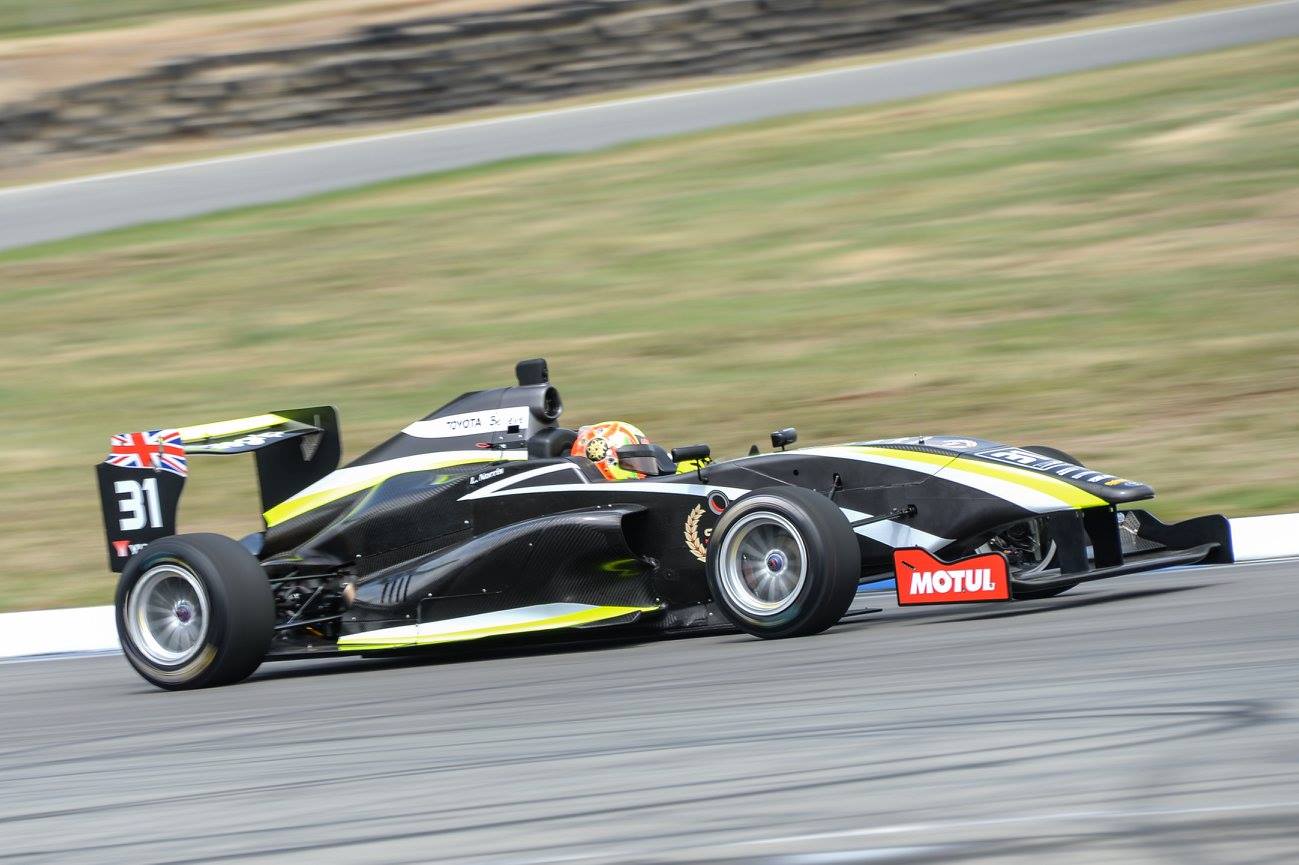 Lando Norris has taken the pole positions for Toyota Racing Series season opener in Ruapuna Park, during a wet qualifying session. The M2 Competition driver had no rival and will start from pole position in Race 1 & Race 3.

The battle for Race 1 pole position was held in a wet track at Mike Pero Motorsport Park. Lando Norris set the early pace in the 15 minutes of session.

The M2 Competition driver, was leading when the red flag came out due to Antoni Ptak car which was in the gravel at turn one.

When the green flag came in, the track was drying and the times improved but Lando Norris finally took his maiden pole position in front of Ferdinand Habsburg and Guanyu Zhou.

Kiwi pilot, Brendon Leitch is fourth followed by Artem Markelov and James Munro in the third row. Row 4 is for William Owen and Jehan Daruvala, as Taylor Cockerton and Pedro Piquet close the top10.

Then another 15 minutes of battle decided the starting grid for Race 2 (Race 2 grid is set by Race 1 results).

Once again the battle for the pole was between Norris, Habsburg and Zhou. The top five was the same as qualifying 1 results before the red flag caused by Bruno Baptista who only had time to set one fast lap.

Teams put dry tyres to his drivers before the green flag, and then the laps improved by 6 seconds with the dominating pace of Norris in the lead. Habsburg struggled due to engine problems, who fall in the standings with a final 11th position.

Lando Norris took the pole position before another red flag with one minute to go. Artem Markelov finished third as Zhou completes the M2 Competition one-two-three.

Race 1 will be held at 3 p.m in New Zealand, 3 a.m. in Europe at Ruapuna Park, for the opening round of Toyota Racing Series 2016.