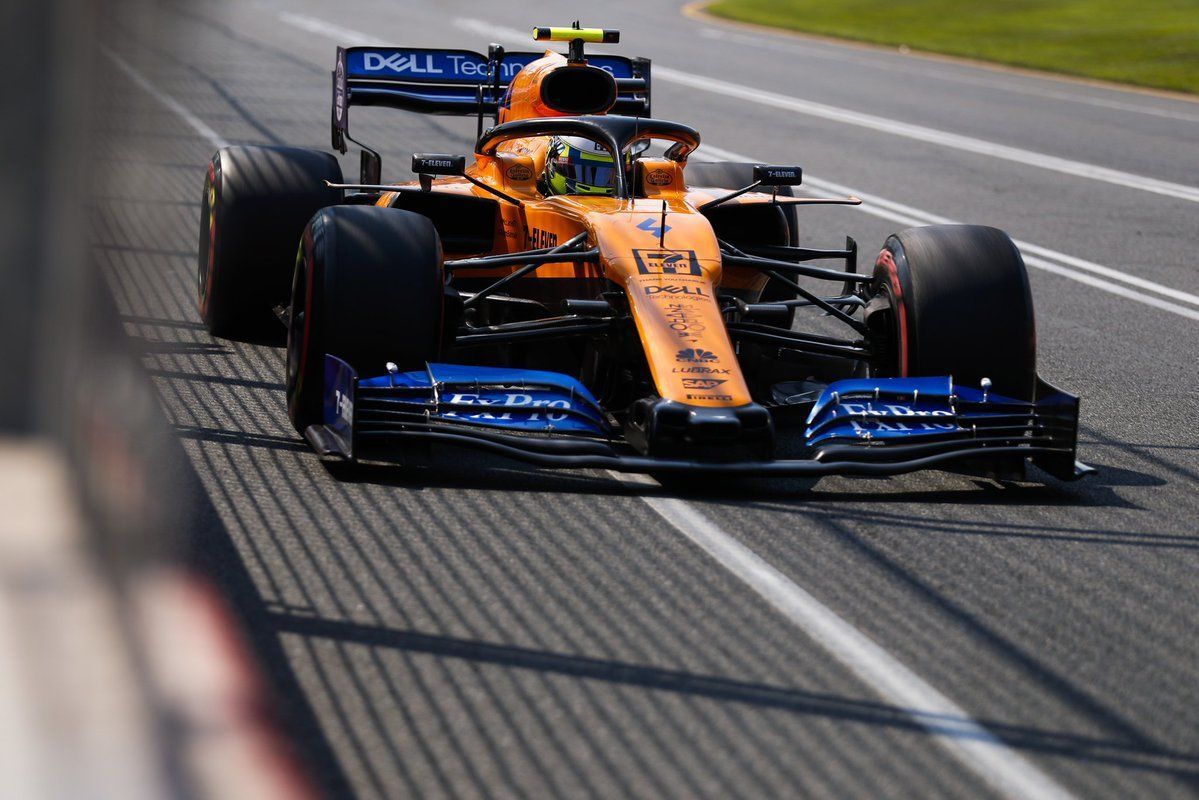 On a day when all of the three F1 rookies for 2019 season managed to beat their teammates in the qualifying battle, McLaren’s Norris did one better as the British racer not only found a place in Q3 but ended up eighth overall on his debut.

He finished ahead of the more fancied Alfa Romeo Racing’s Kimi Raikkonen and Racing Point’s Sergio Perez. When talking about his first qualifying and first Q3, Norris said he was confident for a good run as he is in qualifying sessions but did not expect such result.

“I am speechless for my first quali, we weren’t expecting it in anyway,” said Norris. “[Yes, in some ways] I have always been good in qualifying with my qualifying stats and I have always felt confident everytime I got into a new quali.

“But as I said I wasn’t expecting this in anyway. I was not happy with my FP3 laps or whole of Friday, and now coming into Q3, I didn’t nail everyone but I put them all together in a pretty decent way and that’s how I managed to do it, so for now I am very happy.”

The result became all the more huge with teammate Carlos Sainz knocked out in Q1 itself. Meanwhile, there were two more happy F1 drivers inside the Top 10 with Haas taking the best of the rest slot in sixth and seventh respectively.

Romain Grosjean was sixth with Magnussen in seventh. The Frenchman was happy with the qualifying as he feels the pace for Haas is quite similar in the race as well but teammate Magnussen was bold to state that the team is not far off from the front.

“I didn’t quite have the perfect qualifying session on my side, I made a mistake on my first tire in Q1, which meant I had to use another set, leaving me with only one new set for Q3,” said Magnussen. “That’s my bad, but fortunately the car was very good.

“I’m very proud of the team with what they’ve done to put such a good car on track again this year. They did a great job incorporating the new rule changes to allow us to maintain a competitive car.

“We’re not even that far from the guys at the front, we’re not fighting them, but we’re not too far.” As expected from the Barcelona tests, Haas is indeed part of the top half of the midfield pack which should have Renault and Alfa Romeo Racing.

For now, the first blood has gone to Haas but the American team will be keeping their fingers crossed and hope that 2018 repeat doesn’t happen. Aside them, Racing Point’s Perez managed to put on an improved show after low-key Friday.

The Mexican avoided mistakes to get into Q3 but he is still not 100 percent with the car which doesn’t seem like a direct Top 10 entrant machine for now. And finally, Red Bull Racing’s Max Verstappen was also happy to have beaten a Ferrari in the end.

The team gambled with just the sole run in Q1 which caught out Pierre Gasly but Verstappen eased into Q3 and qualified fourth as he got the better of Charles Leclerc, thereby making it a promising debut for Honda with Red Bull.

“I am pretty happy with the way qualifying went,” he said. “After some of the difficulties we’ve had this weekend, especially this morning, I was a bit worried but the guys here and back at the factory have been working really well together to find a good set-up.

“I definitely felt the extra performance coming from the qualifying mode which is also very pleasing. It has been tricky finding a good balance and we are of course not where we want to be in terms of the gap, but we also have to be realistic and happy with this position.”

Here’s how qualifying went for Mercedes and Ferrari

There were some drivers who disappointed with their run, here’s what they had to say