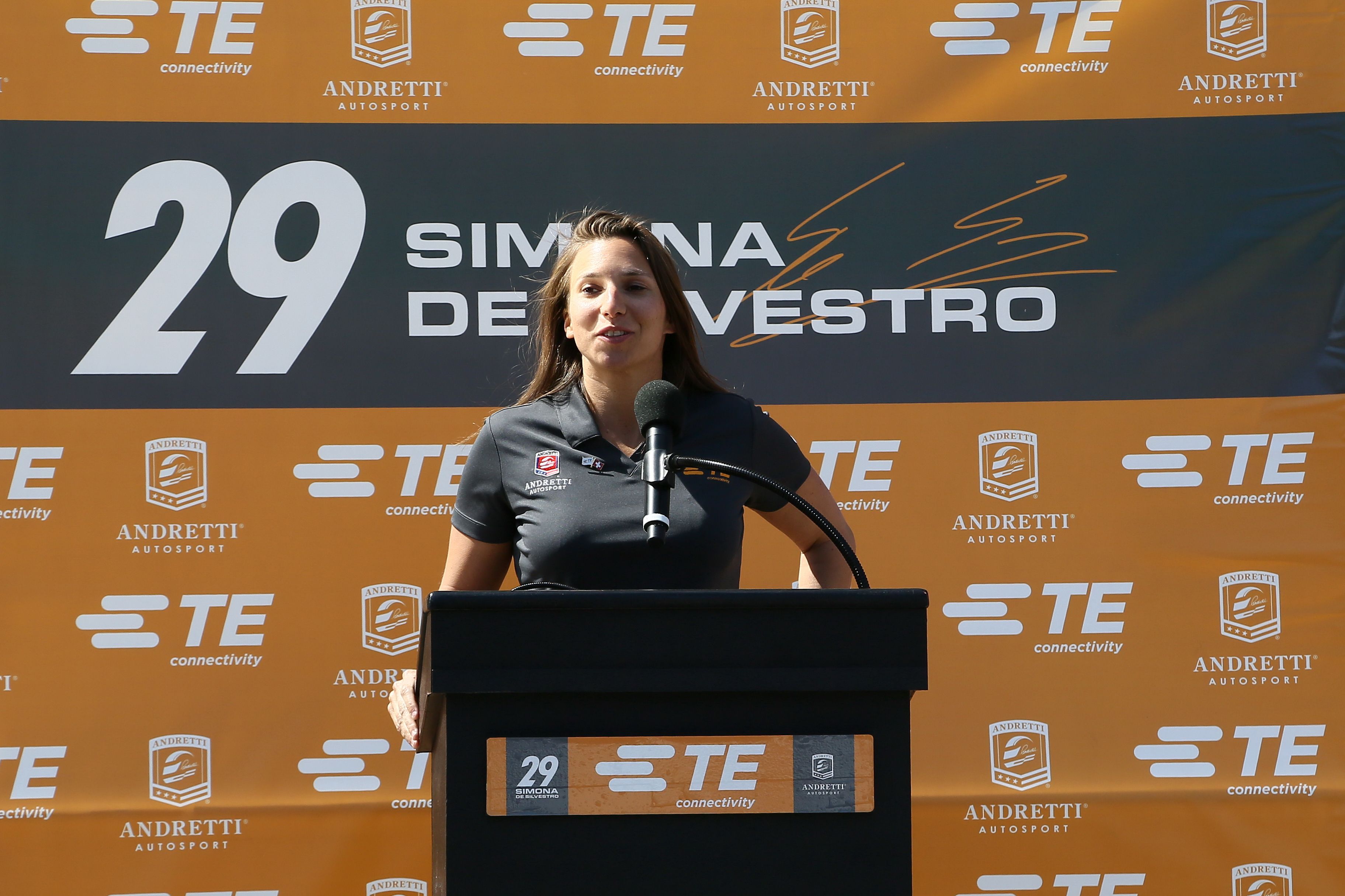 Initially announced as a one-race entry, Simona de Silvestro and Sage Karam will compete this weekend in the inaugural Indy Grand Prix of Louisiana.

In support of the local community, Simona de Silvestro will be carrying Ochsner Health System’s branding and the Racing For Kids logo on the car. She will be part of Racing For Kids’ visit to patients at Ochsner Hospital for Children on April 9.

De Silvestro, the Verizon IndyCar Series’ 2010 Sunoco Rookie of the Year, qualified 11th in her first race since September 2013 and finished 18th.

“It’s great to get another shot in the car and improve on everything we learned in St. Petersburg,” de Silvestro said. “I’m really looking forward to being able to work with everyone again and hopefully have a better race.”

Andretti Autosport confirmed April 2 that de Silvestro would drive the team’s fifth entry for the 99th Running of the Indianapolis 500 Mile Race. It will also field an entry for Justin Wilson in addition to its regular entries for defending Indianapolis 500 winner Ryan Hunter-Reay, Marco Andretti and Carlos Muñoz.

“She proved herself both on and off the track. The great thing about Simona is that she keeps her head down and continues to push – she fights hard. We’re happy to be able to bring her back for another round before the Indy 500,” team owner Michael Andretti said.

In the other hand, Sage Karam who race for Chip Ganassi Racing during the last Grand Prix of St Pete, will continue in this second round of the series.