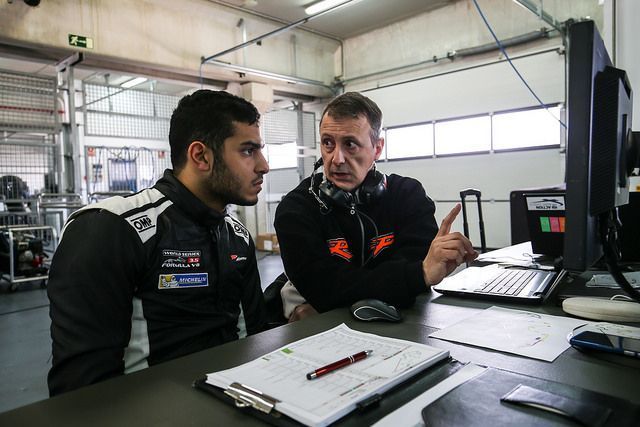 Roy Nissany, born in Israel 22 years ago, concluded one of his best racing campaigns last year having scored two victories, six podiums, and 4 pole positions in the Lotus team. Nissany visited the headquarters of the Team some weeks ago in order to prepare the first official collective test of the year celebrated in  Motorland Aragon.

The RP Motorsport driver Damiani Fioravanti, who was announced previously as an official driver within the Team has been transferred to the also Italian team Barone Rampante and will race with Giuseppe Cipriani completing the Venetian line-up for 201, following to an agreement reached by both Italian teams.

“We are delighted to announce Roy Nissany for our World Series Formula V8 3.5 team. Roy was one of the best drivers in the World Series last year and we believe that together we can build-up a very strong team for 2017. Both Roy and Yu join the team in their best moments. I’m also very happy with the agreement reached with Barone Rampante for our driver Damiano Fioravanti. I’m convinced that Cipriani’s team will give the opportunity to Damiano to make a strong debut in the Series”

“After a very powerful Season within Lotus I think that to join RP Motorsport is the best option. They’ve only have one year of experience in World Series but they have shown an incredible potential as when they won one f the races in Hungaroring last year. We share a lot of values in common. When I visited the team in Gropparello they really made me feel at home. Our expertise and commitment will team-up and we’re hunger to deliver! Now focus on the final preps tomorrow in Jerez!”