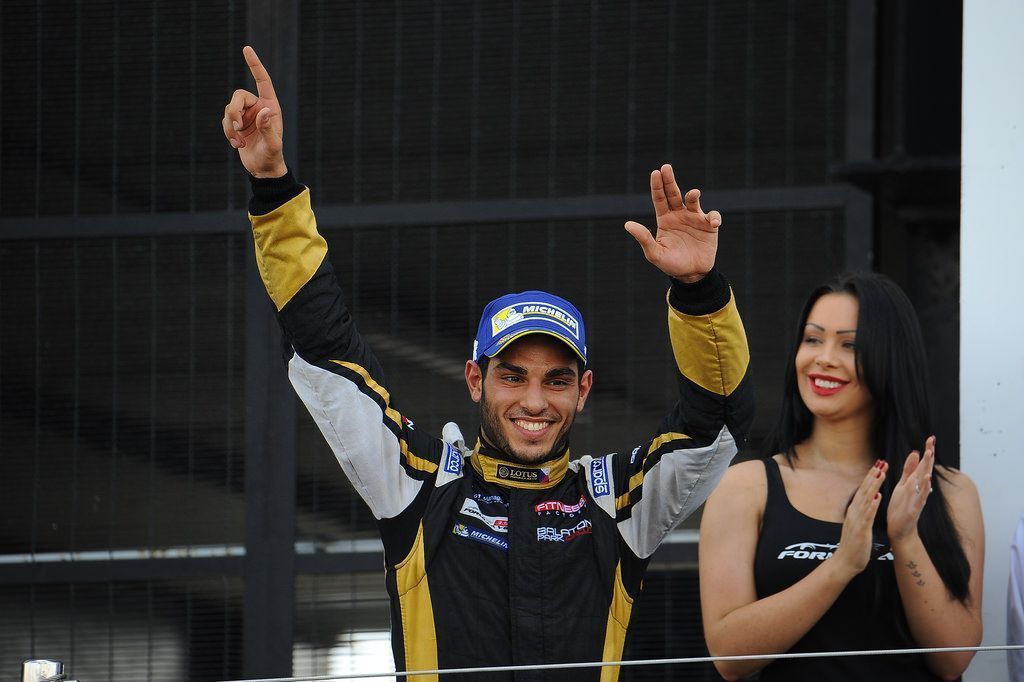 As the lights went off, pole sitter Matthieu Vaxiviere (SMP Racing) lost positions while Nissany stormed to the lead followed by team-mate Binder. Vaxiviere started to fight with Orudzhev for third place. The Russian eventually managed to pass at Stowe. On lap 2, Vitor Baptista (RP Motorsport) passed Alfonso Celis Jr. (AVF) for ninth place while Aurélien Panis (Arden Motorsport) also got by Vaxiviere not too much later.

The Frenchman lost one more position on lap 5 to Pietro Fittipaldi (Fortec), while Nissany led Binder, Orudzhev and Panis. The first pit-stops featured Fittipaldi, Vaxiviere and Tom Dillmann (AVF) all coming back together, with the championship leader gaining one spot on the SMP Racing driver. On the other hand, the Brazilian lost more than 40 seconds.

On lap 12, Baptista was still on front with more than 6.2 seconds on Kanamaru, followed by Nissany, Binder and Orudzhev. Baptista and Kanamaru eventually came in on lap 13, leaving Nissany back in the lead and Lotus 1-2 with Binder 8.7 seconds away from his team-mate. The top-10 also featured Orudzhev, Panis, Dillmann, Vaxiviere, Delètraz, Baptista, Kanamaru, and Celis Jr.

Fittipaldi sopped in the turn 2 runoff area on lap 17. On lap 22, Dillmann and Vaxiviere crossed swords at Brooklands with the latter ending up wide and giving way to Delétraz too. During the penultimate lap, Visser passed Celis Jr. for tenth place. Thanks to his second win of the weekend, Nissany fought back to second place in standings with 124 points and now trails Dillmann. Frenchman moved up one position after Aurelien Panis was penalized for gaining one position by abusing track limits. The next round for the Formula V8 3.5 championship will be on the 10th and 11th of September at Red Bull Ring..

Roy Nissany (Lotus)
“We had a great place since Friday, and yesterday we saw that the performance was there as well. I couldn’t catch the pole but went very close to it. We’ve shown our performance on-track and here we are for a second consecutive win”.

René Binder (Lotus)
“Today it went a bit better than yesterday, which was a positive day anyway.  This time we performed well in qualifying. I lined-up 4th and had a good start as I quickly moved up to second. I was three second off before the pit-stop , but after that I had many more issues with braking and understeer, so I just focused on staying clear and score second place”.

Egor Orudzhev (Arden Motorsport)
“I had a quick battle for just one lap, defending on Matthieu (Vaxiviere) in third place. He passed me in the early stages again, but then I moved back on him in turn 7, basically like yesterday leaving the same space without contacts. It was exciting, and then I tried to keep Lotus’ pace but it was too much for us. All in all I’m pretty happy as I pushed the guys to their limit, and I was quicker than my teammate making a big gap on him”.

Louis Delétraz (Fortec Motorsports)
“As we stalled on the grid yesterday, today we had a new map. The start was not perfect but at least I had one. I lost two positions due to wheelspin, but I quickly caught Celis. Then I fought with Tom (Dillmann) on track, he was bit aggressive and we touched twice. I had a slower pit, just a few tenths which sent me back on-track behind Tom. I tried to close the gap and overtook Matthieu (Vaxiviere) when he made a mistake. I got the chance to attack Tom again. It was an ok race compared to yesterday, but not what we wanted”.