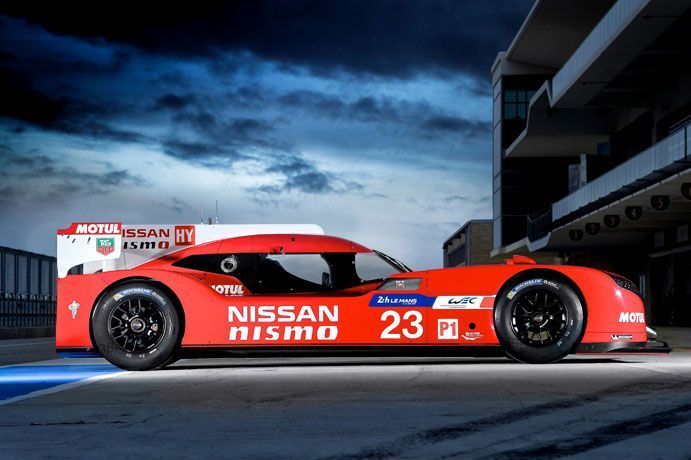 Nissan has now revealed its much-anticipated new LMP1 car which will be competing in the 2015 World Endurance Championship against Audi, Porsche and Toyota.  Below, in full, is a release giving details about the car.

The Nissan GT-R LM NISMO is the ultimate Nissan GT-R, the purest expression of innovation that excites. Competing in LMP1, the premier class of world sports car racing, Nissan’s Le Mans car is like no other car before it.

A truly global effort, the GT-R has been created by a team of carefully selected experts in Japan, the US and Europe. Unlike other LMP1 cars, the GT-R’s V6 3-litre twin turbo petrol engine sits in the front of the front-wheel-drive car, while the hybrid power is harvested from the front driveline to augment acceleration.

The first driver of Nissan’s Le Mans challenger, the Nissan GT-R LM NISMO, has been revealed as Marc Gene. The Spanish ace has an exemplary record in LM P1 racing with eight LM P1 Le Mans 24 Hours races under his belt. Gene’s experience is much in demand and he has been test driver at Scuderia Ferrari since 2005.

Michelin has been nominated as the tyre partner for Nissan’s LM P1 endurance racing programme and will develop and provide solutions on behalf of the Japanese carmaker.