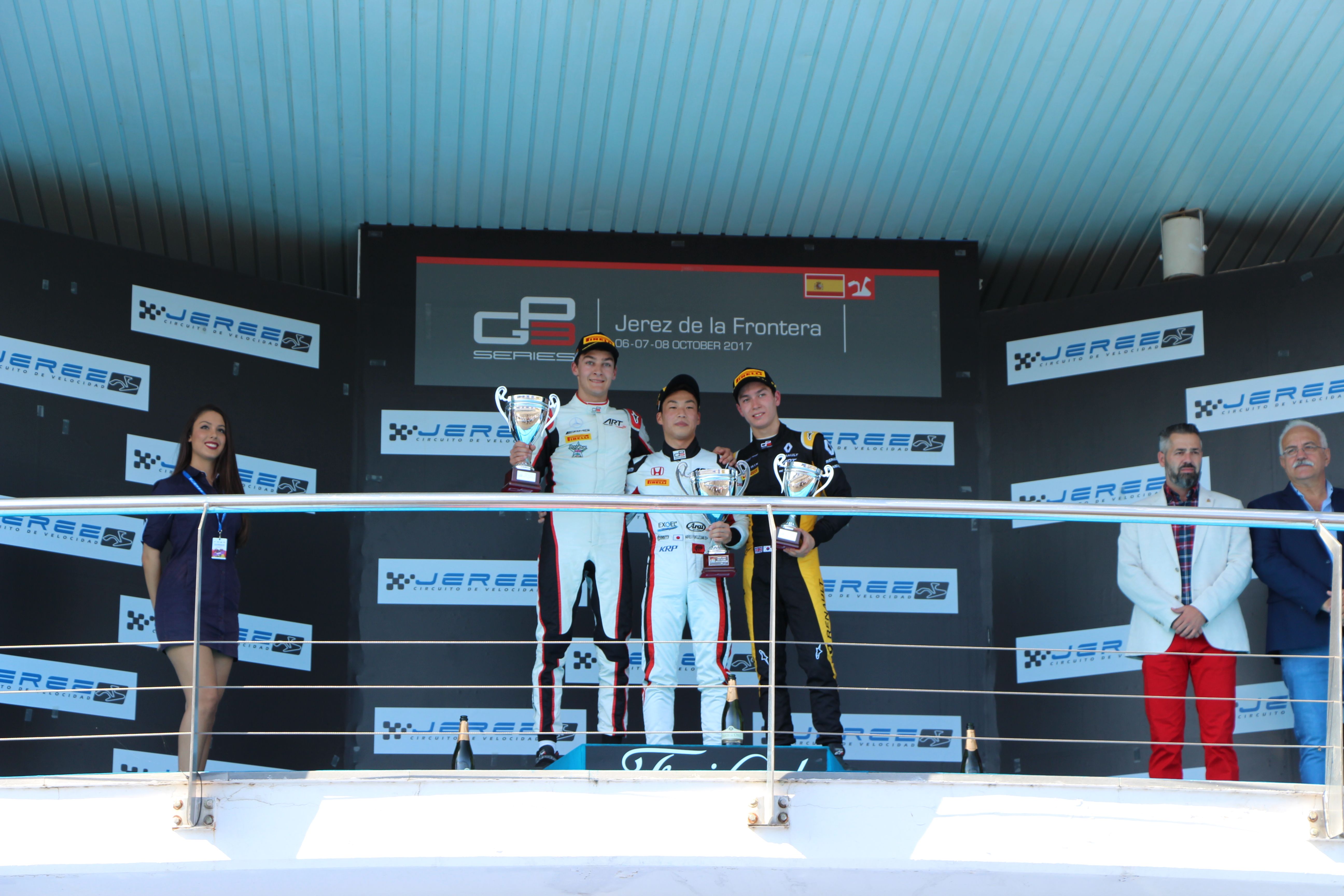 The Japanese driver scores his second win of the season in Jerez de la Frontera, Spain. He is followed by his teammates George Russell and Jack Aitken who complete the podium and make it another 1-2-3 for ART Grand Prix.

It’s a clear start to the race with no major incident going into turn 1. In the opening stages we see George Russell closing in on Jack Aitken, the championship leader manages to pass his teammate for second place.

Fukuzumi flies away, trying to build a gap to get him out of the DRS range and avoid any attack from his ART GP teammates Russell and Aitken who are closely followed by Ticktum. The Japanese manages to build the gap early on and with his rivals running in similar timings, he never has to worry about the gap again.

With the tyres being predicted not to degrade themselves too quickly, it would all come down to driver errors and DRS strategies to see any overtakes. Due to the new resurfaced track, the low tyre degradation is definitely to be noticed towards the end of the race.

After Barcelona, the Japanese driver takes his second win of the season in Jerez. Teammates George Russell and Jack Aitken complete the podium in 2nd and 3rd, closely followed by Daniel Ticktum. Hubert, Kari, Boccalacci, Alesi, Lorandi and Falchero complete the top 10.

Update: After investigation on his move for the gain of 8th place, Giuliano Alesi (Trident) has been penalised of one place and switched back position with Alessio Lorandi (Jenzer). Therefore, the Frenchman loses reverse grid pole to the Italian.