In a sunny but cold condition, Nicholas Latifi started from reverse-grid pole and kept the lead at turn one while Race 1 winner Prema’s Nyck de Vries shot up to third from eighth on the grid behind Campos’ Luca Ghiotto.

At the front, Latifi started to pull away from Ghiotto who had to defend his position from the attacks of de Vries with Norris behind persisting to overtake Russian Time’s Artem Markelov for fourth.

De Vries finally passed Ghiotto with Norris going through Markelov at the same time with DAMS’ Albon. His teammate maintained a good lead with de Vries started to lose grip from his tyres as he fell into clutches of Norris and Markelov.

The tyres for de Vries gave way as Norris passed the Dutchman for second after the British driver had cleared Ghiotto. The Italian fell prey to Markelov and Albon as well. In fact, the Russian driver then lost fourth to Albon with three laps remaining.

At the chequered flag, Nichols Latifi claimed a dominant victory finishing 10 seconds ahead of Norris as Albon cleared Markelov as well to take the final position on the podium. De Vries and Markelov completed the Top 5.

In the drivers’ championship, the gap between Russell and Norris has been reduced to five points as Albon remains third with 27 points behind. In teams’ championship, Carlin is still ahead with 307 as ART Grand Prix still in second place with 249. 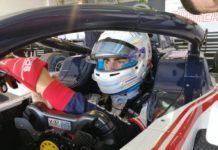 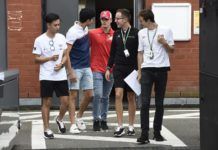 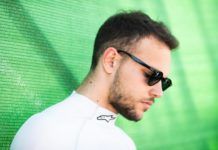 Ghiotto back for another F2 season with Mazepin at Hitech GP 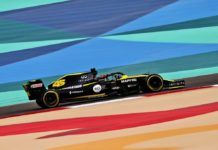 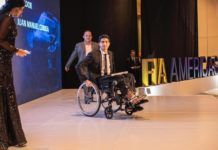