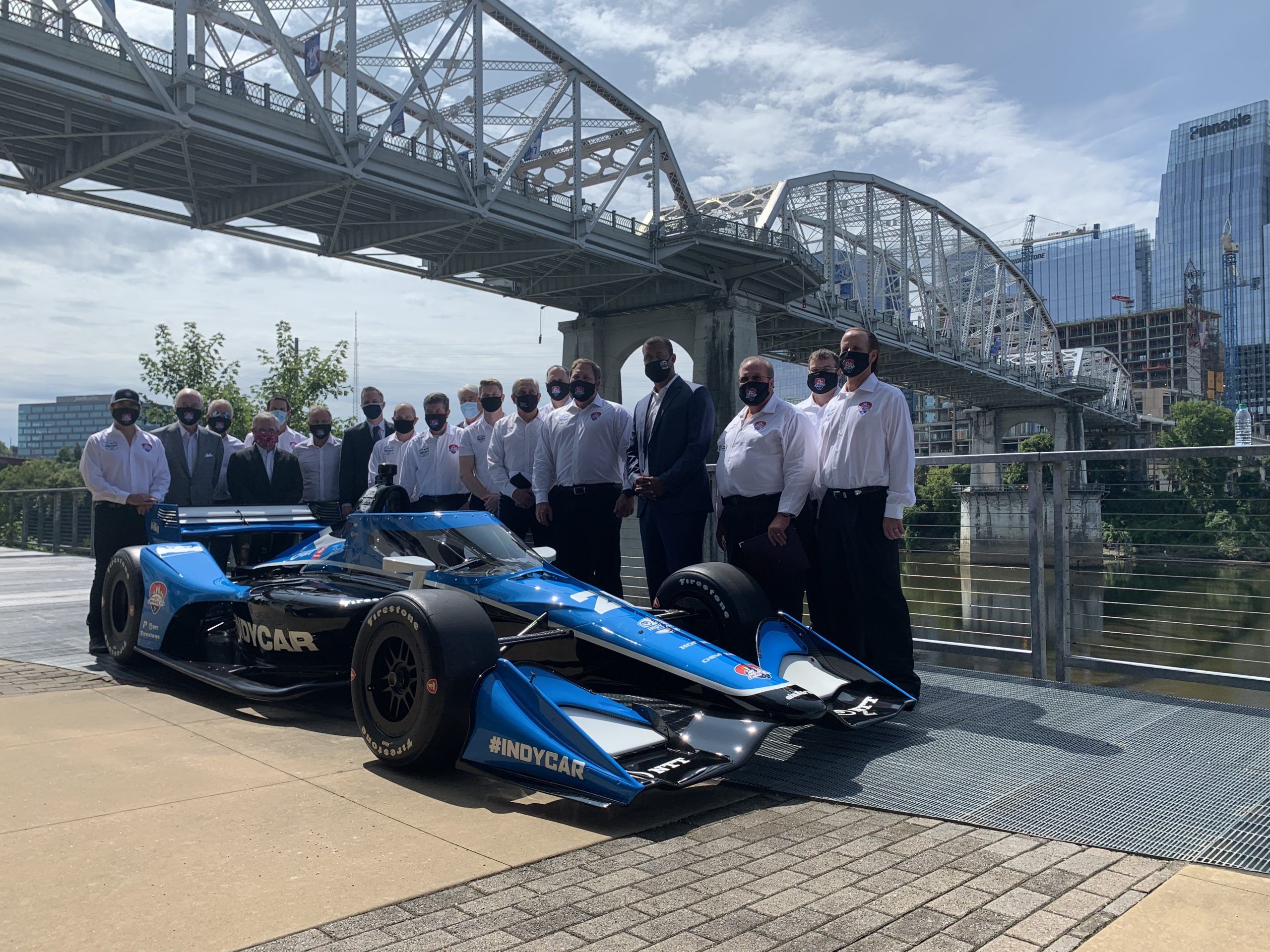 Josef Newgarden speaks on driving at the new Nashville circuit’s long bridge as Mark Miles opens up about the 2021 IndyCar calendar.

Seldom is a track – specifically one of the street circuit variety – as magnificently unique as the one that will play host to Nashville’s ‘Music City GP’ in early August of the 2021 IndyCar season. The track circulates the NFL Titans’ stadium, and, adding to its flavor, will cross a bridge, and one incredibly striking in appearance at that, as it looms over the body of water some 60 feet below by empirical accounts.

Unequivocally, the IndyCar circuit will rival Long Beach in its originality, already arguably more unique than other street courses like St. Petersburg, Toronto, or even the famous Belle Isle circuit in Detroit. “It’s going to be very exciting, I’ve never seen a street course laid out like the one we have here,” began Team Penske’s Newgarden, a resident of Nashville, and one that was thoroughly excited by the plans, particularly in relation to the track layout.

“I think the uniqueness of the challenge is very present. What I have in my head when I see the layout of the track, it’s going to be a pretty shot of the city when you see the cars going over the bridge. It’s not going to be just really fun to drive, but showcase the town of Nashville probably the best way possible.

“It is probably the best viewpoint you can get of the beautiful city. I’m excited. It does look challenging. I’ve always welcomed new racetracks because it’s a brand-new challenge for everybody, an opportunity for the drivers to try to figure it out first,” summed up Newgarden.

Nashville will be one of an as-of-yet undisclosed number of events in the 2021 IndyCar season. The schedule for next year is expected in due time, and despite the unfamiliarity of this year’s calendar, Penske Entertainment CEO Miles offered his assurances that it will look very similar to that of years prior. This, a statement that partially discredits the notion that they might run scores of doubleheaders as they have this year.

“We are two, three, four weeks away from releasing next year’s schedule,” said Miles to media. “All I would say at this point is beyond the fact that we’re delighted to be able to add Nashville, it is going to look a lot like what you expect from the INDYCAR schedule, a lot like what it looked like before.”

With the addition of Nashville to the IndyCar program, what is understood of the 2021 calendar is that it will likely feature 13 road and street course races to five oval events. Miles, though, brushed off concerns of an unbalanced schedule, as he explained that the season is still loosely divided into thirds, only lacking the replacement of one more road or street race with an oval round to make the ratio a perfect 6:6:6.

“I’ve always thought about it is that we want balance,” said Miles. “I actually sort of think about it from the point of view of ovals, temporary street circuits and road courses. We’ve had for years about a third, a third, a third. There’s not a quota. It doesn’t need to be precise. We just want to represent our IndyCar racing in all three genres. I’m sure you’re going to still see a good balance next year.”