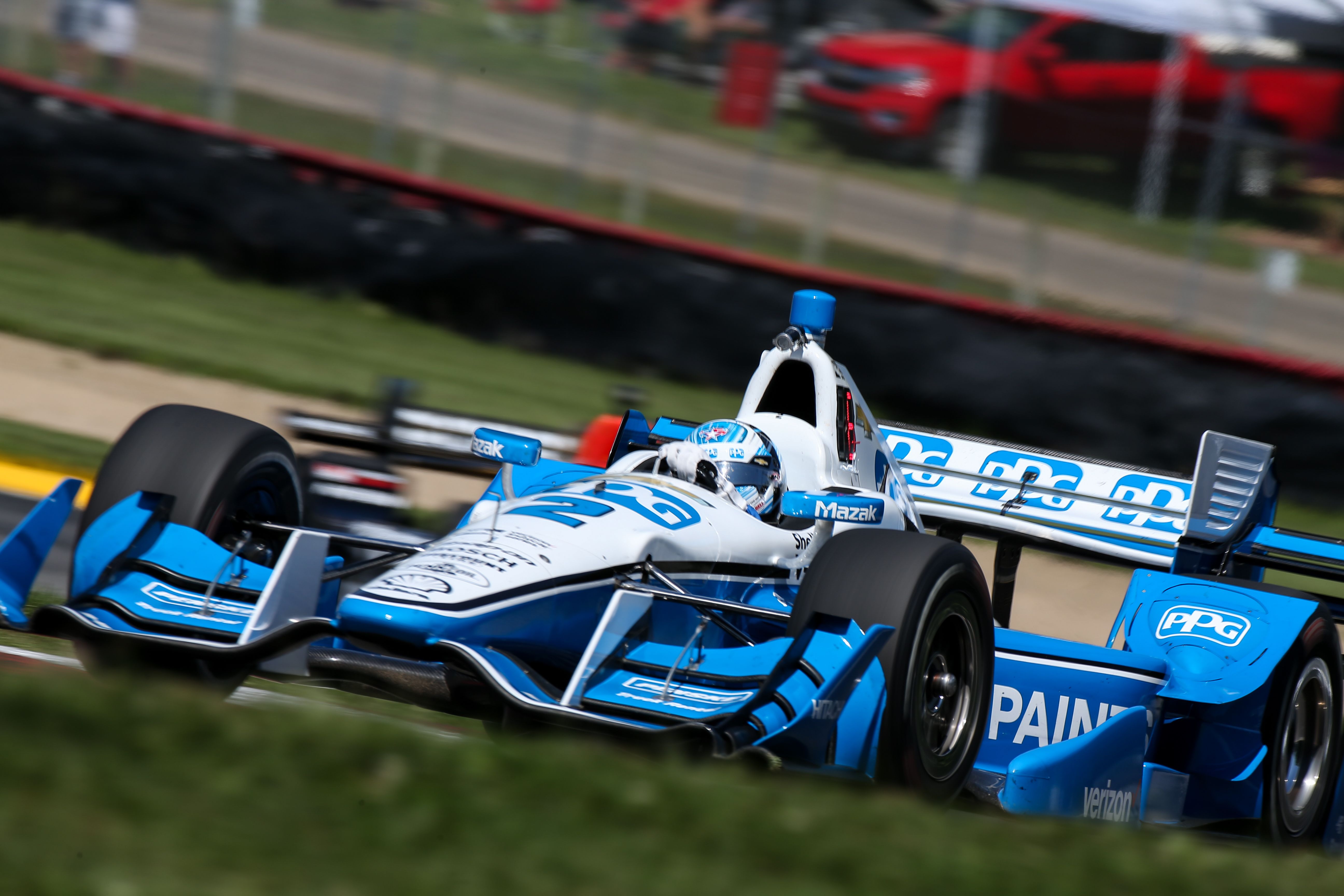 The Team Penske driver led 73 of the 90 laps on the 2.258-mile Mid-Ohio Sports Car Course, taking the checkered flag 5.1556 seconds ahead of teammate Will Power. It follows Newgarden’s win July 16 in the Honda Indy Toronto and pushes the 26-year-old Tennessean into the unofficial championship lead after 13 of 17 races.

Driving the No. 2 PPG Automotive Refinish Team Penske Chevrolet, Newgarden started second and made a daring pass of pole sitter Power for the race lead on Lap 13. He was never headed again in collecting his third win of the season and sixth of his six-year Verizon IndyCar Series career.

Local favorite Graham Rahal finished third in the No. 15 Steak ‘n Shake Honda for Rahal Letterman Lanigan Racing. Rahal was the other driver to win consecutive races this season, sweeping both ends of the Chevrolet Detroit Grand Prix presented by Lear doubleheader weekend.

Newgarden moved into the unofficial points lead for the first time this season. He holds a seven-point advantage over teammate Helio Castroneves, who finished seventh today, and is eight markers ahead of Chip Ganassi Racing’s Scott Dixon, who entered the race with the points lead but surrendered it with his ninth-place finish today.

The race ran caution-free until Dale Coyne Racing rookie Ed Jones spun into the grass in Turn 9 on Lap 67, bringing out the yellow flag after Newgarden had built a 10-second advantage. Using the lapped car of Esteban Gutierrez on the Lap 71 restart, Newgarden quickly sped away and wasn’t challenged.

The next race on the Verizon IndyCar Series schedule is the ABC Supply 500 at Pocono Raceway on Aug. 20.