Honda has revealed its driver line-up for the 2019 Super Formula season with the likes of Harrison Newey and Alex Palou in the list among the nine named.

Only two drivers remain in Honda’s Super Formula line-up for 2019 who completed a full season in 2018. Among the two are reigning champion Naoki Yamamoto and Tomoki Nojiri, but both have been shifted to different teams.

Yamamoto (#1 car) moves from Team Mugen to Team Dandelion Racing and will be partnered by Nirei Fukuzumi (#5 car), who raced alongside him in selected rounds in 2018. Fukzumi will undertake a full season in 2019 alongside a Super GT programme.

At the same time, Nojiri (#16) has moved to Team Mugen from Team Dandelion to join Red Bull junior Dan Ticktum (#15) with the British racer also signing for a full year in 2019. Fellow Red Bull driver Lucas Auer (#50) has been named as B-Max Racing driver.

The Austrian will be joined by newcomer Newey – son of tech guru Adrian – who tested the car in the December Rookie Test. The British racer had moved to sportscar racing in 2018 and makes a return to single-seater fold in 2019.

Also named in the list is Palou (#64 car), who moves from Europe to Japan after contesting in the FIA European F3 Championship in 2018. The Spaniard will race for a new-look TCS Nakajima Racing outfit as he joins Tadasuke Makino (#65 car) in it.

The Japanese racer also moves from Europe to Japan after racing in the FIA Formula 2 Championship in 2018. Completing Honda’s expanded line-up will be Tristan Charpentier (#17 car) with Real Racing in the sole car.

The French racer raced in the BRDC British F3 series in 2018. Overall, Honda’s 2019 line-up has a fresh look with more drivers on the younger side – Yamamoto being the eldest at 30-years – and also majority (5) are not from Japan. 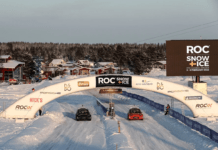 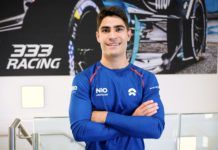