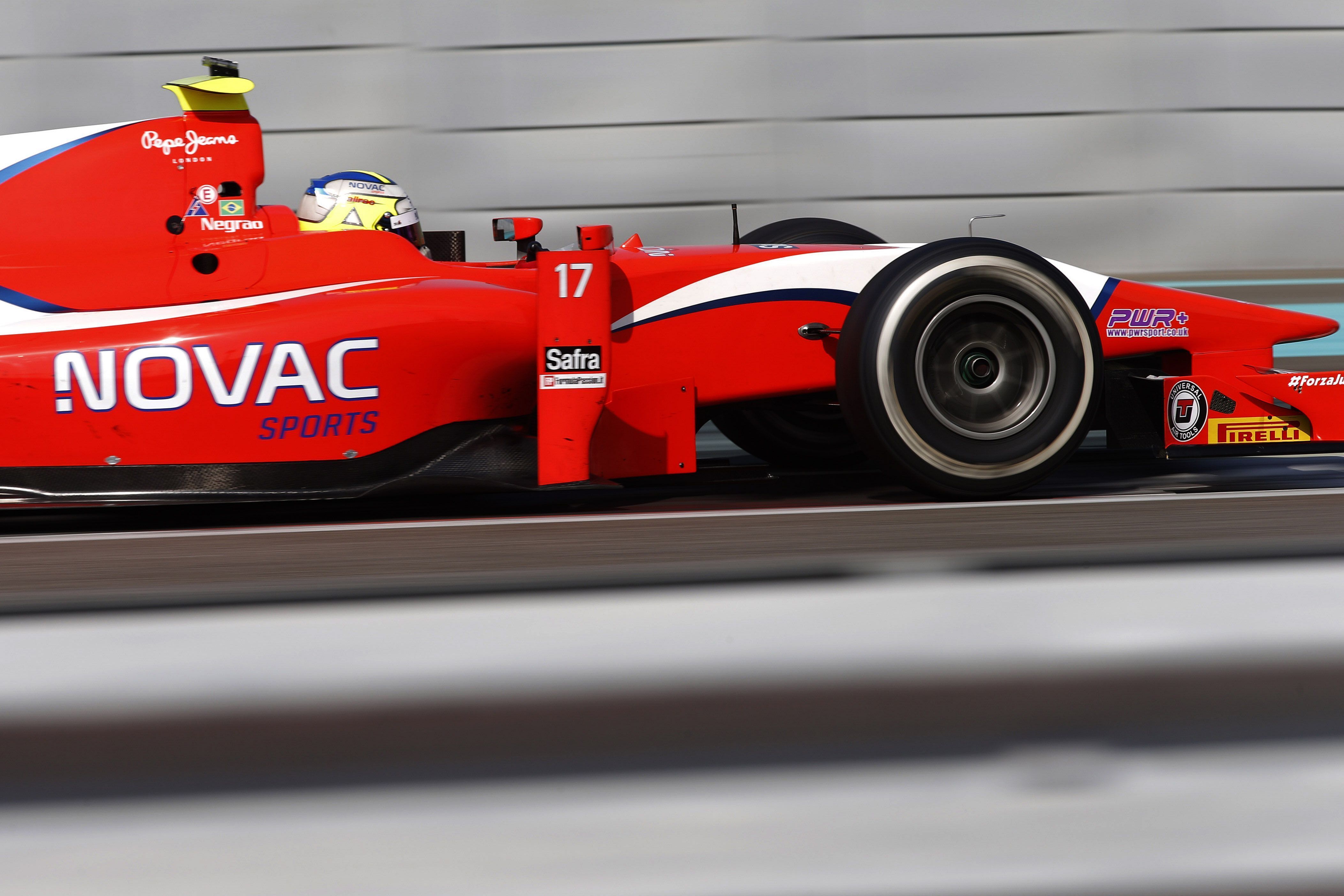 Arden International is delighted to announce André Negrao will continue with the GP2 race team for the 2015 Season.

The Brazilian, who finished twelfth in the 2014 GP2 Drivers Championship, will spearhead the teams challenge for the Championship. André racked up 31points and two top five finishes in his inaugural GP2 season with the team.

“We are very pleased to retain Andre for the forthcoming season. Having worked with him for the last twelve months, he has formed into a very motivated driver,   developed a very good relationship with the team and we had made great progress by the end of last season.
He is very focused, as are we, to ensure he finishes in the highest possible position at the end of the year with the title within his grasp.”

“Last year we achieved our target of scoring points in the second half of the championship.
GP2 is an extremely competitive and professional Series, I had a very good feeling with the whole Arden team so we decided to continue to grow together for the 2015 season.
I think that staying with the same group of extraordinary professionals – in particular with such a good relationship as the one we have – will pay off with good results.
I really look forward to seeing the team in a few weeks and jumping back into my car in Abu Dhabi.”