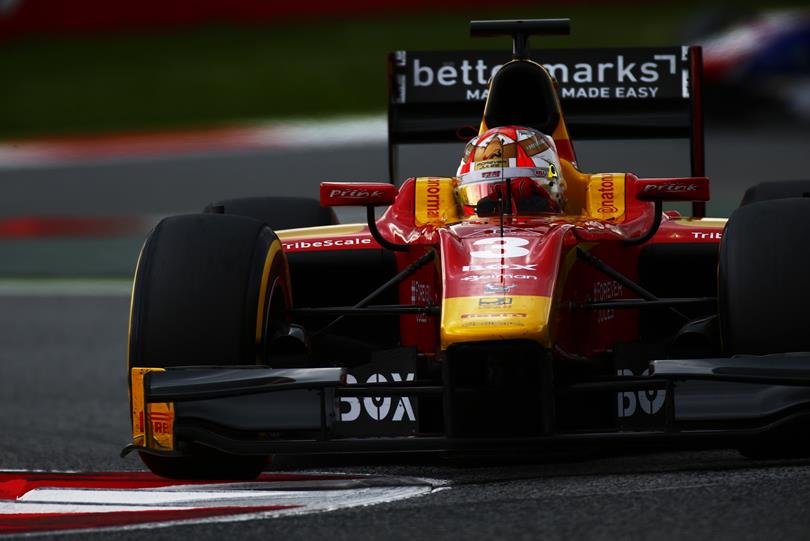 Norman Nato won the first race of the season at the Barcelona-Catalunya Circuit. Latifi and Gasly, who started on pole, completed the podium.

Gasly kept first position ahead of Nato at the start. Sirotkin went up to 3rd after a good start. Sergio Canamasas went up from 15th to 8th. The current GP3 Champion Luca Ghiotto was out of the race after crashing into the barriers on turn 3, which brought the Safety Car on track.

At the restart, Canamasas went up to 7th by overtaking on the outside of turn 3. Lynn and King were the first two drivers pitting on lap 7. Halfway through the race, Gasly, Nato, Sirotkin, Latifi, Markelov, Canamasas, Matsushita, Marciello, De Jong and Gelael were on the top 10 without having changed tyres.

A huge mistake left Sirotkin in the middle of the track after he spun while chasing Nato. Another Safety Car allowed the drivers who hadn’t stopped to do their mandatory pitstop. This left Gasly on the lead ahead of Nato, Latifi, Canamasas, Lynn, King, Markelov, Malja and Rowland.

Markelov overtook Lynn and King pretty quickly, since they both had pretty damaged tyres. Nato stole the lead from Gasly and left him battling with Latifi, who eventually overtook him for 2nd place. Markelov and Lynn overtook Canamasas for 4th and 5th in the last few laps. The race ended behind the Safety Car due to Giovinazzi’s crash with Marciello which left the latter out of the race. However, the race director decided to keep the results from the previous lap, which gave 5th position back to Canamasas and 8th for Marciello, who will start on reverse-grid pole tomorrow. Norman Nato got the first win of the season with Latifi and Gasly on the podium. The Top 10 was completed by Markelov, Canamasas, Lynn, King, Marciello, Giovinazzi, and Malja.