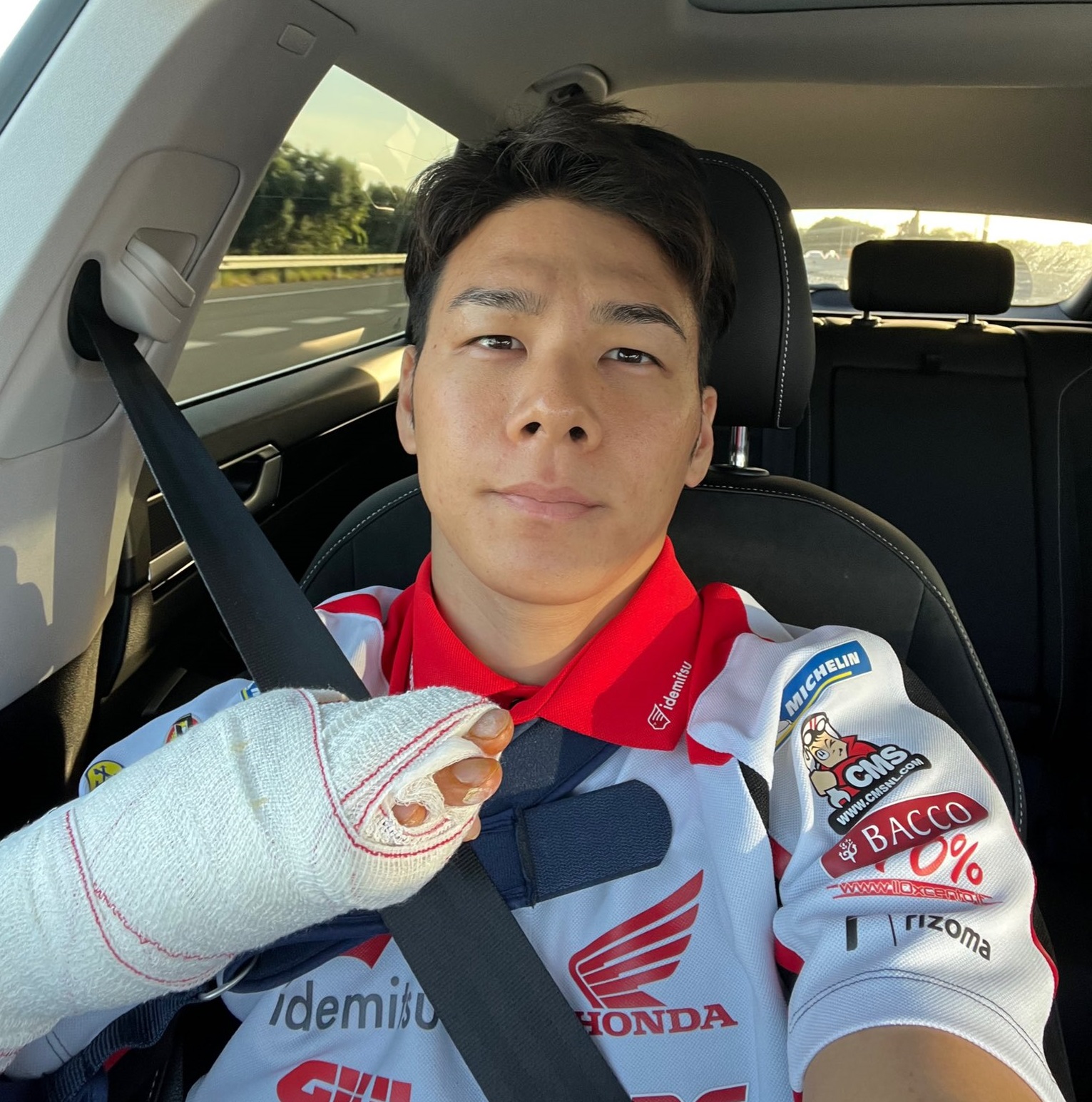 Takaaki Nakagami is not certain about competing in his home MotoGP event in Japanese GP after crashing out in Aragon GP.

It was a luckless Aragon Grand Prix for Takaaki Nakagami, as the LCR Honda Idemitsu rider got caught up in an incident with factory counterpart Marc Marquez (Repsol Honda Team) on the opening lap in Aragon. The Japanese rider was left helpless as he twice collided with the eight-time World Champion’s RC213V coming around Turn 8, sending Nakagami spiralling into out of the race.

It seemed that Marquez’ machine was suffering the aftereffects from a clash with Fabio Quartararo (Monster Energy Yamaha MotoGP) earlier on the lap coming around the right-hander, and it left Nakagami with nowhere to go but down in MotorLand. To make matters even worse, the number 30 looks to have sustained a substantial injury that has plunged his participation at his home Grand Prix into doubt.

MotoGP visits Motegi next week for the first time since 2019, but Nakagami will have to undergo medical tests on his right hand to see if he will be fit enough to take part in this weekend’s Motul Grand Prix of Japan. “Unfortunately, I had an unlucky Sunday. I had a good start, but then had an accident on lap one. I had contact with Marc and had a nasty crash, so I’m really disappointed,” Nakagami stated after the race.

“I’m now going to Barcelona to check the wound on the fourth and fifth fingers on my right hand. I will keep everyone updated and really appreciate all the support from my fans. I will try my best to recover and hopefully we can race at my home GP in Japan.”

It’s left the LCR rider in a race against time to find full fitness, but we certainly hopes he can win this battle and take to the track in front of his adoring home fans at the Japanese GP. Nakagami isn’t the only injury concern for LCR either, with his teammate Alex Marquez also admitting he was suffering from a hand injury sustained during a big Warm Up crash on Sunday. The Spaniard says he will also need to pay a visit to the doctor to clarify the issue ahead of the action this weekend.

“I have a pain in the hand. It’s not really clear what I have, if I have a small fracture or not, I’m not really sure. One hour before the race I was still deciding if I could race or not. I did two warm up laps just to see my body and it was not really good.”