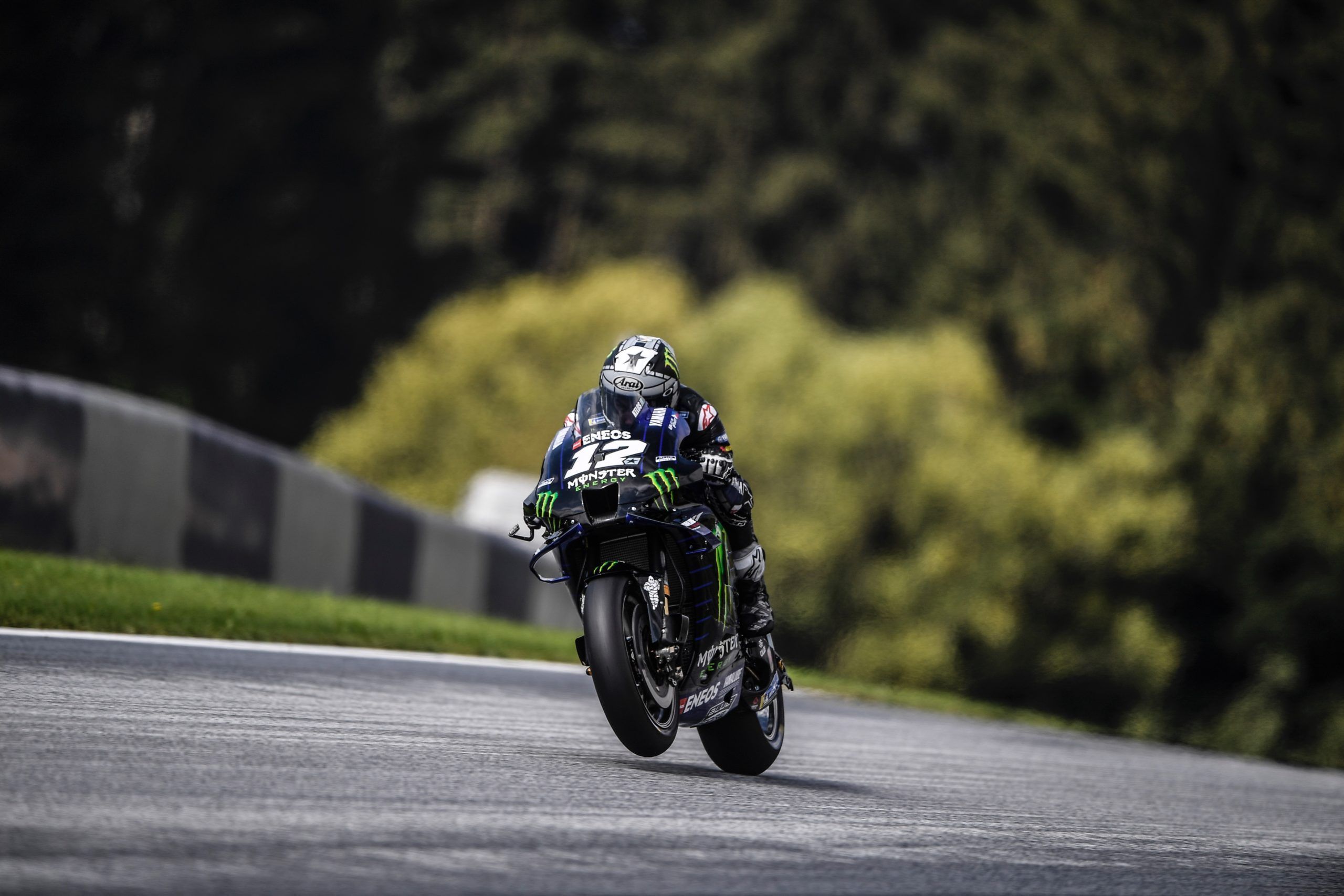 After rain playing havoc in the practice sessions at Red Bull Ring in MotoGP Austrian GP, it was dry weather to start the first part of qualifying where Avintia Ducati’s Johann Zarco led the way with a 1m23.855s lap from Ducati’s Danilo Petrruci after the first run.

Yamaha’s Valentino Rossi slotted just behind with Honda’s Alex Marquez doing well in fourth. The fight for a Q2 intensified with majority of the riders improving as Zarco comfortably made it through but the second place had many takers.

Petrucci improved further to retain second but Rossi went a step further with a 1m23.891s and get into Q2 as the Ducati rider was left enraged after the antics of Aprilia’s Aleix Epargaro, who came in between him and the Yamaha rider on track.

Replays showed Espargaro slowing down and letting Rossi pass before slotting in front of Petrucci, while the Italian was on his penultimate flying lap. The Ducati rider ended up 13th with the Spaniard in 14th from LCR Honda’s Cal Crutchlow.

The fight for MotoGP Austrian GP pole intensified in the second part of qualifying as Yamaha’s Maverick Vinales led the way initially with a 1m23.694s from Petronas SRT Yamaha’s Fabio Quartararo and Suzuki’s Joan Mir after their first run.

The course changed a bit after the final run but Vinales improved further to secure MotoGP pole in Austrian GP with a 1m23.450s lap as Pramac Ducati’s Jack Miller’s late lap of 1m23.518s gave him second ahead of Quartararo (1m23.537s).

Ducati’s Andrea Dovizioso did a solid job in fourth with KTM’s Pol Espargaro in fifth after his late lap, dropping Suzuki’s Mir to sixth with Petronas SRT’s Franco Morbidelli seventh ahead of Suzuki’s Alex Rins and Avintia’s Zarco. LCR Honda’s Takaaki Nakagami ended up 10th with Tech 3 KTM’s Miguel Oliveira 11th as Yamaha’s Rossi was only 12th in the end.

Aside the MotoGP Austrian GP qualifying, the big news that came prior to that session was Dovizioso and Ducati not continuing together beyond the 2020 season, thereby ending their long-standing eight-year association ahead of 2021.

Ducati had announced Jack Miller for 2021 with Danilo Petrucci switching to Tech 3 KTM. It looked like Dovizioso would stay but voices started to change with speculations of Jorge Lorenzo, Francesco Bagnaia and Johann Zarco ramping up.

After weeks of wait, it was finally announced that Dovizioso will not continue as his manager insist that the Italian is keen on racing but unfortunately for him, only Aprilia seat remains, who are waiting for the results of the Andrea Iannone doping case.

“We communicated today to Ducati that Andrea does not intend to continue for the next few years,” said manager Simone Battistella to Sky Italia. “He now wants to focus on this championship, on these races, and let’s say we don’t feel the conditions are right to continue in the future.

“In practice we have never talked about the economic part so far. There have been no proposals or negotiations [for 2021]. Andrea intends to continue racing, of course, if he finds a suitable programme and proposal to do so.”

At the same time, Ducati Sporting Director Paolo Ciabatti added: “We met Simone this morning here at Red Bull Ring and realised that unfortunately there are not the conditions to continue our relationship with Dovi beyond the end of the current contract.

“Ducati and Andrea will now fully concentrate on the remainder of the 2020 season, starting from tomorrow’s Austrian GP, with the common goal to add more wins to the 13 first places already achieved together and fight for the title until the end of the championship.”