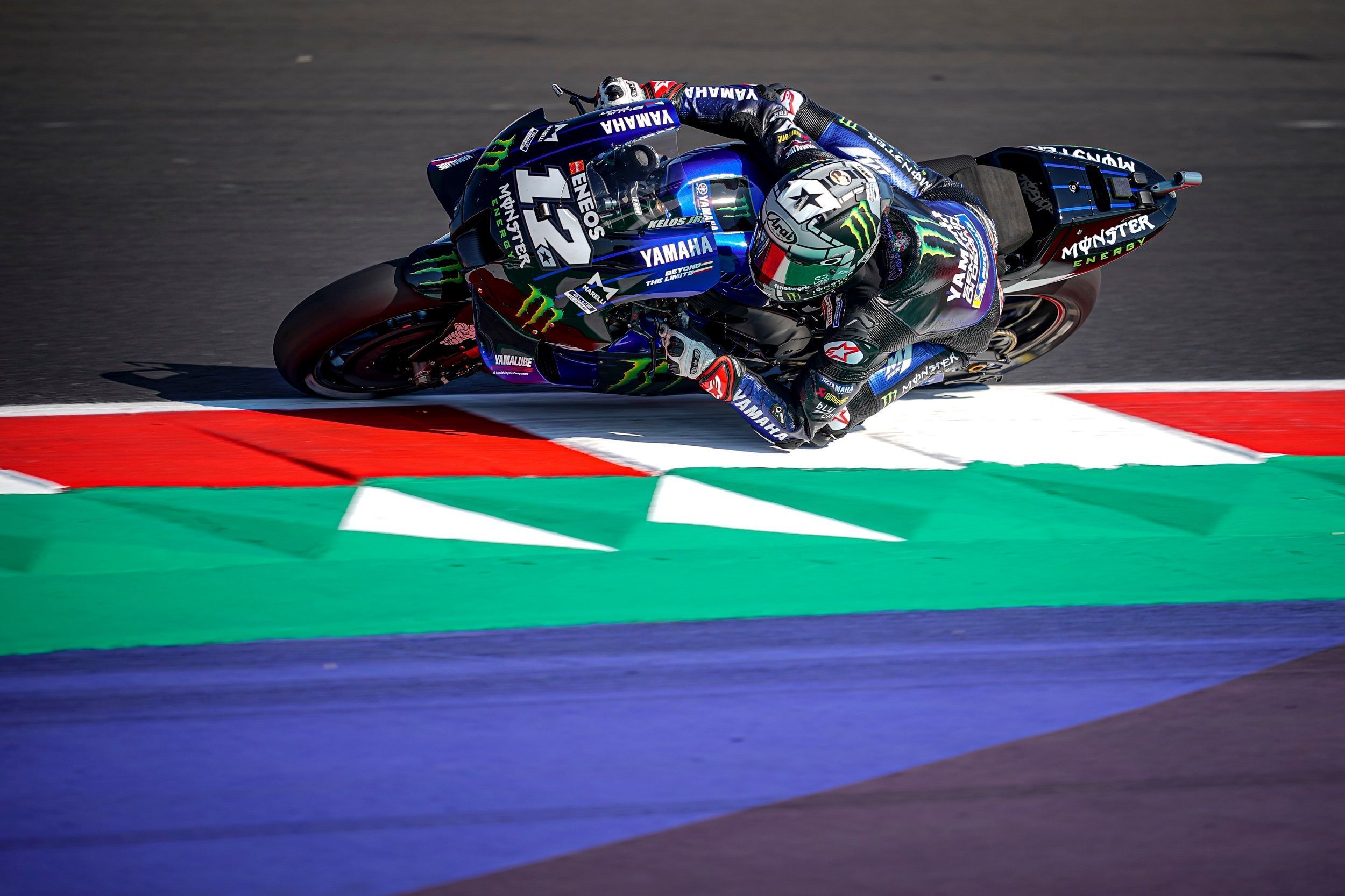 The first part of MotoGP qualifying in San Marino GP at Misano had KTM’s Pol Espargaro (1m32.159s) leading brother Aleix in the Aprilia after the completion of their first run, as Ducati’s Danilo Petrucci stationed in third from the other two KTM riders.

Meanwhile, LCR Honda’s Cal Crutchlow was declared unfit for the weekend due to his arm surgery. The Brit confirmed that he will miss the second Misano event too with the likely attempt to make it back at Barcelona.

The second run saw improvement for KTM’s Espargaro with a 1m32.064s to make it into Q2 as he had reigning MotoGP race winner Tech 3 KTM’s Miguel Oliveira joined him with a 1m32.212s as he demoted Aprilia’s Espargaro to third and 13th for the grand prix.

LCR Honda’s Takaaki Nakagami improved to be 14th as he pushed Ducati’s Petrucci to 15th as KTM’s Brad Binder ended up only 16th from Avintia’s Tito Rabat, who was angry with himself after a moment at Turn 1 on his final flying lap.

The other Tech 3 KTM of Iker Lecuona was 18th with Honda’s Stefan Bradl in 19th, Aprilia’s Bradley Smith 20th and Honda’s Alex Marquez only 20th.

The second part of the MotoGP qualifying in San Marino GP at Misano had Yamaha’s Maverick Vinales heading the standings before a crash for KTM’s Espargaro at Turn 15, which ruined the laps of multiple riders in the scheme of things.

It was a fast crash for Espargaro as he got back into the garage to ride the second bike. The MotoGP riders stayed back for a second attempt and Petronas SRT’s Fabio Quartararo went quickest with a 1m31.791s to take provisional pole.

His teammate Franco Morbidelli was third with Yamaha’s Valentino Rossi slotted in second as returning Pramac Ducati’s Francesco Bagnaia did well to be fourth. Vinales, meanwhile, returned for his second run before the rest of the field.

He went quickest with a 1m31.787s to displace Quartararo. He was defied by Morbidelli, who went quicker to 1m31.787s but Vinales improved further to a 1m31.411s to take his second successive MotoGP pole in San Marino GP at Misano.

He broke the record set by Jorge Lorenzo as Quartararo settled for third with Rossi making it a Yamaha 1-2-3-4, with Bagnaia beaten to fifth by teammate Jack Miller towards the end. The two Suzuki boys were seventh and eighth respectively.

It was Alex Rins ahead of Joan Mir, with the latter having an off too like Rossi, to get their laps ruined. Ducati’s Andrea Dovizioso was ninth with Avintia’s Johann Zarco 10th, KTM’s Espargaro 11th and Tech 3’s Oliveira 12th.