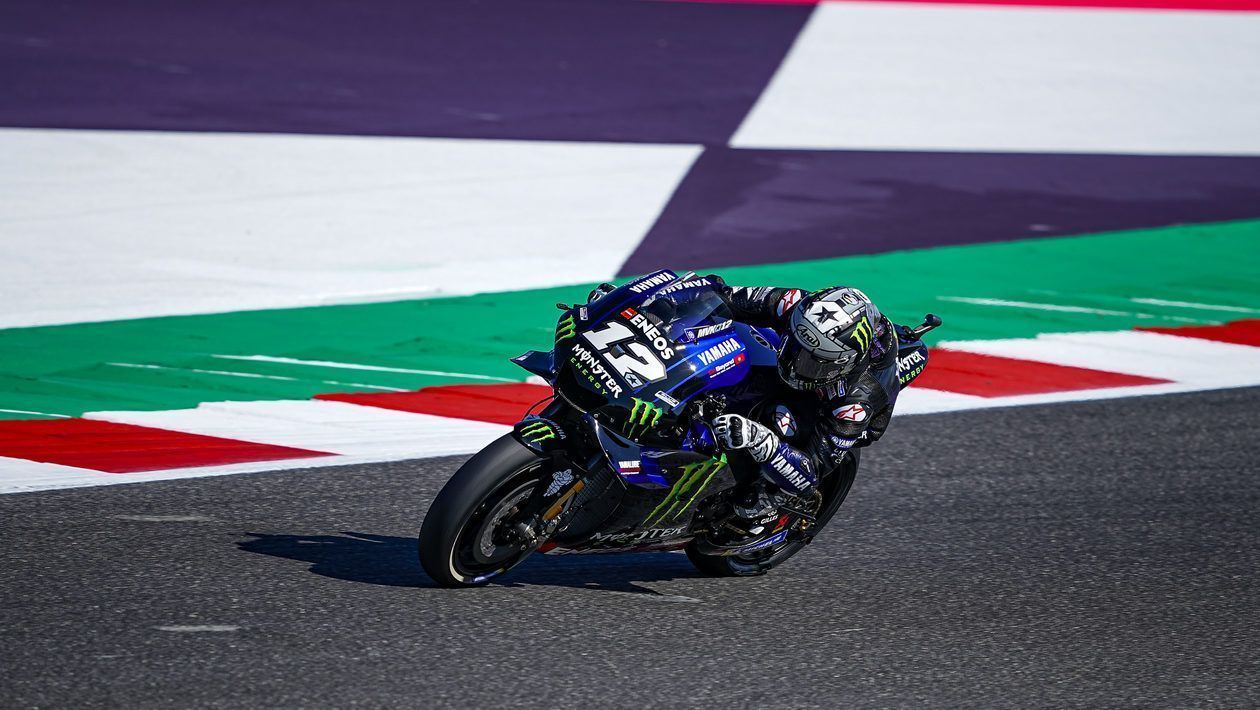 He clocked a 1m33.147s to make it into Q2 along with Mir (1m33.485s), as Pramac Ducati’s Francesco Bagnaia just missed out in 13th ahead of LCR Honda’s Cal Crutchlow and Aprilia’s Aleix Espargaro.

After looking likely to make it into Q2, Miller dropped to 16th with Ducati’s Danilo Petrucci only 17th. On his second MotoGP race, Honda’s Jorge Lorenzo was 18th ahead of the Tech 3 KTM riders.

It was Miguel Oliveira ahead in 19th with Hafizh Syahrin 20th from the Avintia Ducati riders Karel Abraham and Tito Rabat. Aprilia’s Andrea Iannone did not set a time after his fall in FP4.

The second part of qualifying had Petronas Yamaha SRT’s Fabio Quartararo on top from teammate Franco Morbidelli with Yamaha’s Maverick Vinales in the Top 3 at the halfway mark in the session.

The order changed dramatically in the second run with KTM’s Pol Espargaro going quickest but Yamaha’s Vinales beat him with a 1m32.265s to take MotoGP pole in San Marino GP from Espargaro.

He recorded his first front row for KTM as Quartararo dropped to third from teammate Morbidelli, with Honda’s Marc Marquez only fifth ahead of Ducati’s Andrea Dovizioso in the title fight.

Marquez had some dramas on his last flying lap with Yamaha’s Valentino Rossi. He passed Rossi on the straight but ran wide, which allowed the Italian to come back on him, with the two apologising to each other.

The Italian was seventh with Zarco doing a good job in eighth ahead of Suzuki pair of Alex Rins and returning Joan Mir. LCR Honda’s Takaaki Nakagami was 11th with Ducati’s Michele Pirro 12th.