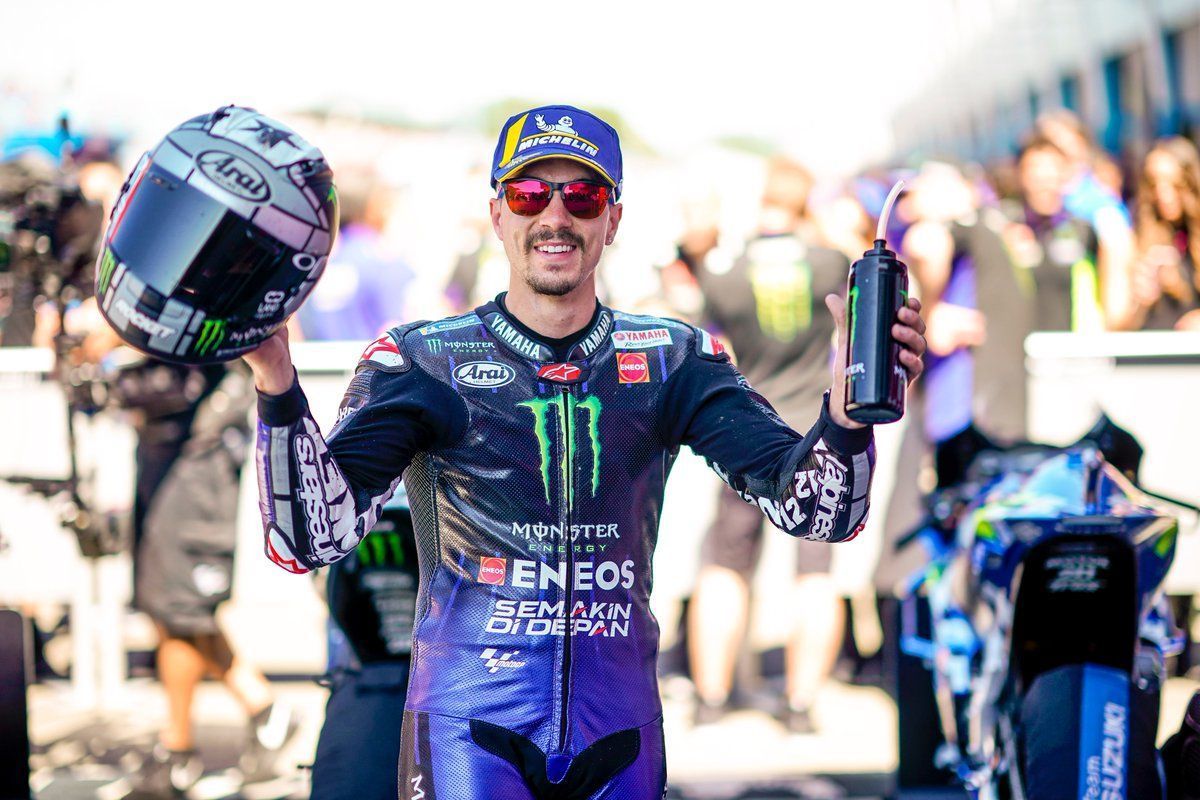 It was a good start from Suzuki’s Alex Rins in MotoGP Dutch GP at Assen with Joan Mir in second from Petronas Yamaha SRT’s Fabio Quartararo, Yamaha’s Maverick Vinales and Honda’s Marc Marquez with Ducati’s Andrea Dovizioso climbing to sixth.

Suzuki held a 1-2 until a slow crash for Rins from the lead as Mir went wide which allowed Quartararo in the lead as Marquez passed Vinales to take second with Mir dropping behind Dovizioso in the Top 6. There was another heavy crash in the mid-pack.

Yamaha’s Valentino Rossi and LCR Honda’s Takaaki Nakagami seemed to have collided to retire as Ducati’s Danilo Petrucci passed Mir for sixth. At the front, it was close between Quartararo, Marquez and Vinales with the trio in with a chance of victory.

At one point, Vinales was close to take on Marquez but the Yamaha rider went wide to allow Dovizioso in the game but Vinales pulled the gap again and was back on Marquez’s tail. The Honda rider had a back and forth fight against Quartararo which allowed Vinales in.

Vinales eventually passed Marquez and cleared Quartararo as well to take the race lead but not for long as Marquez passed Quartararo and also Vinales to be ahead again after the Yamaha rider went wide. However, Vinales wasn’t done and he came back on Marquez.

He retook the lead with Quartararo in third as Petrucci cleared Dovizioso for fourth. The Italian then lost out to Mir as well as seventh placed LCR Honda’s Cal Crutchlow closed in on Dovizioso. The other Petronas Yamaha of Franco Morbidelli was eighth in the stage.

He had Pramac Ducati’s Jack Miller on his tail with his teammate Francesco Bagnaia in the Top 10. At the front though, Vinales continued to lead Marquez and Quartararo as Mir came back on Petrucci to take fourth with the trio close in the fight for fourth.

Things started to settled down towards the end as Vinales built up enough gap to score his first MotoGP win since the 2018 Australian GP and the first for Yamaha in 2019 with Marquez in second from Quartararo, who claimed his second consecutive podium.

With Mir struggling on his tyres, Dovizioso came back to end up fourth as Morbidelli managed to take Petrucci on the final lap to secure a Top 5 finish, with the Italian having to settle for sixth from Crutchlow, Mir and Miller inside the Top 10.

Aprilia’s Andrea Iannone fought his way up to 10th to register his best result for the team, with KTM’s Pol Espargaro finishing 11th ahead of Aprilia’s Aleix Espargaro as Tech 3 KTM’s Miguel Oliveira cleared two riders in the end to finish 13th.

Having looked good early on, Pramac’s Bagnaia lost the pace to be 14th with Tech 3 KTM’s Hafizh Syahrin scoring the final point as Avintia Ducati’s Tito Rabat and Karel Abraham rounded out the 17 finishers – the latter having an off towards the end.