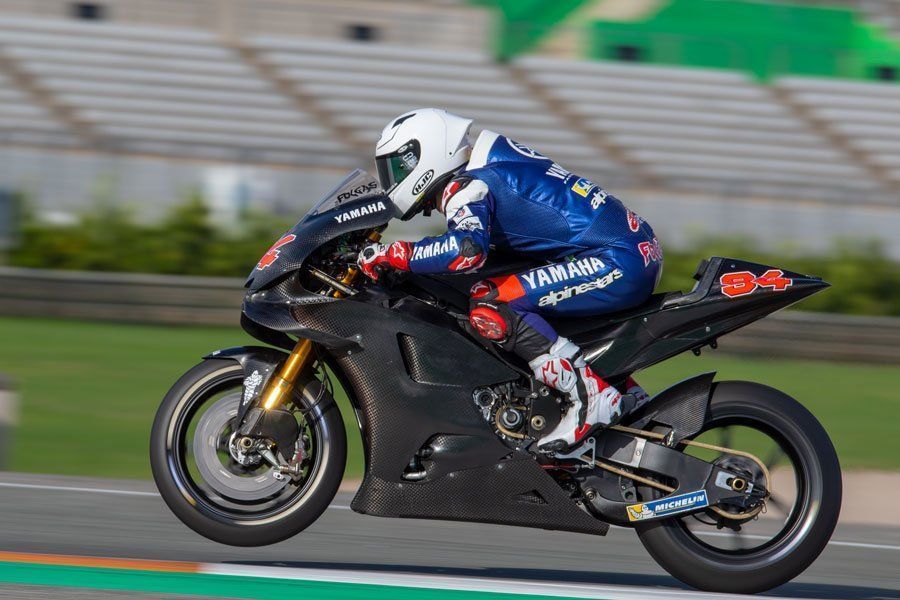 Valentino Rossi believes a Yamaha test team with Jonas Folger running in Europe is beneficial in getting the bike stronger on European circuits.

Yamaha has been testing new parts in Japan for years, but its rivals like Honda, Ducati and Suzuki have a solid base set in Europe which has helped them immensely to get up to speed and more importantly, run new parts in line for the European circuits.

But things seems to changing for Yamaha as they now have their own test team in Europe as well with Folger testing new parts. It is an absolute necessary for the Japanese manufacturer as it tries to solve the issues they have been facing for few seasons.

“From last year to this year, Yamaha have done some good moves to improve the situation,” said Rossi to the media in Jerez. “Like Honda and Ducati we have a European test team, with Folger, and they work in a good way.

“It is very important to have a test team in Europe because before Yamaha just have [a set up] in Japan. But in Japan the tracks are very different. Sometimes I go on the Yamaha test track, it’s very different, very narrow, full of bumps.

“It’s difficult to test something [then] for the European tracks.” As mentioned above, the Italian believes the new plans should benefit Yamaha in the longer run. Folger has been testing new parts in Mugello and Misano, but they won’t use it at Jerez.

This weekend, the bike will be essentially similar to what it was in the first three MotoGP rounds of 2019. The parts will be further tested on Monday, after the Spanish GP. “I think we will use something that Jonas tried,” Rossi said.

“[But] not already this weekend [at Jerez for the grand prix], where the package is like the first races, but on Monday we will have the first [in-season] test and I think after that we can try something to improve the bike [for the rest of 2019].”

Yamaha has had a good start to 2019 even though it still is behind Honda and probably Ducati even to get the dominant win. At the same time, Suzuki looks like has caught up as well, especially with the win for Alex Rins in a straight fight against Rossi in Austin.

Read what Valentino Rossi had to say about Ayrton Senna