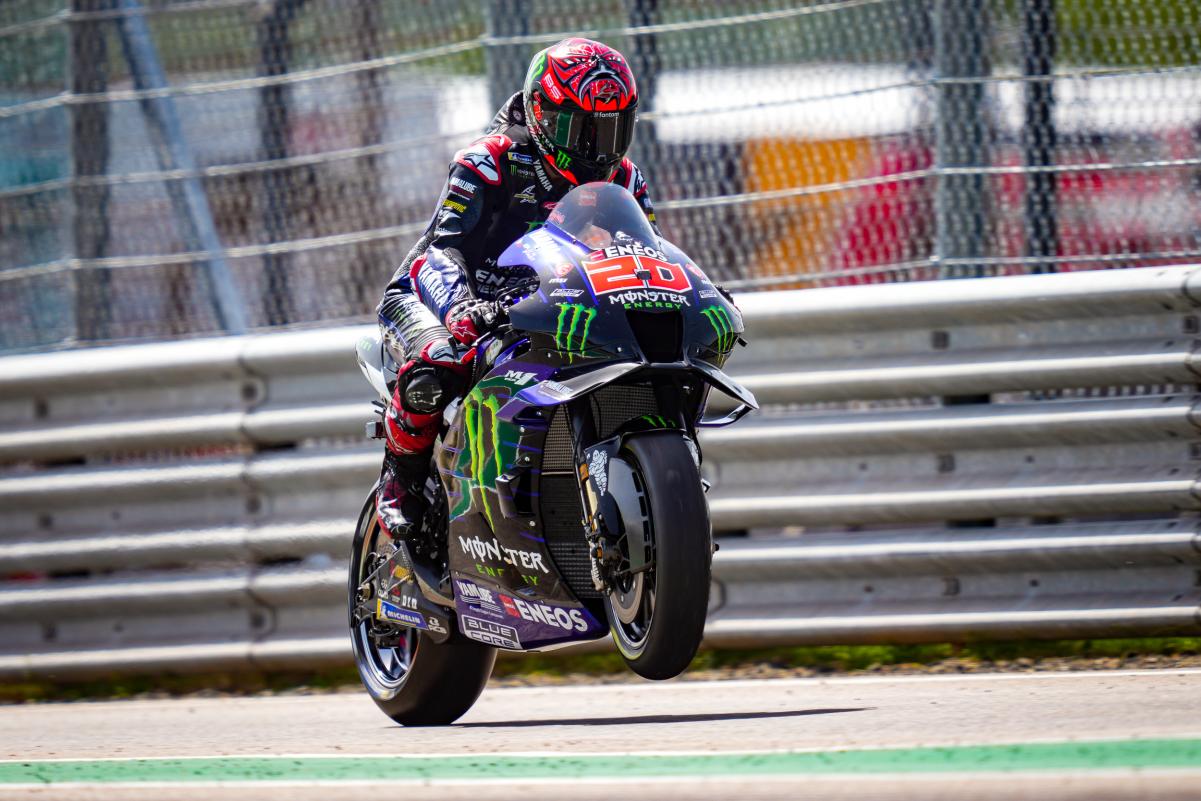 Ducati’s Jack Miller was sixth with Aprilia’s Maverick Vinales up to seventh from VR46 Ducati’s Luca Marini, Pramac’s Jorge Martin and LCR Honda’s Takaaki Nakagami in the Top 10. The fight for lead kicked-off between Quartararo and Bagnaia.

The Italian almost got into lead at Turn 1 but Quartararo held it. The second time when they came around in the first corner, Bagnaia lost control and crashed out which further troubled his world championship chances. Suzuki’s Joan Mir crashed at the same corner.

A lap later LCR’s Nakagami also crashed to make it three riders out from the grand prix. Quartararo, meanwhile, continued to lead with Zarco taking second from Espargaro who had his teammate Vinales on his tail in the fight for the final spot on the podium.

Di Giannantonio was fifth from Martin as Miller was sixth after taking a Long Gap Penalty, while KTM’s Brad Binder and teammate Miguel Oliveira stepped into the Top 10. While Quartararo continued to lead from Zarco, the fight for third was on.

Espargaro had Vinales on his tail for long but a problem for the latter forced him into retirement, as Miller then started to pressure on the Aprilia rider. He climbed back after serving his penalty, with Martin slotting in fifth from Marini and Binder.

Di Giannantonio dropped to eighth from Oliveira, with Gresini’s Enea Bastianini was up to 10th. Up front, Quartararo eased to win German GP to extend his MotoGP points lead as Zarco cruised to a second place ahead of a fighting Miller and Espargaro.

Both had moments at Turn 1 but the one from Espargaro allowed Miller to sneak through to take third. Marini passed Martin to fifth as Binder was seventh from di Giannantonio, Oliveira and Bastianini rounded the Top 10 with Bezzecchi was 11th.