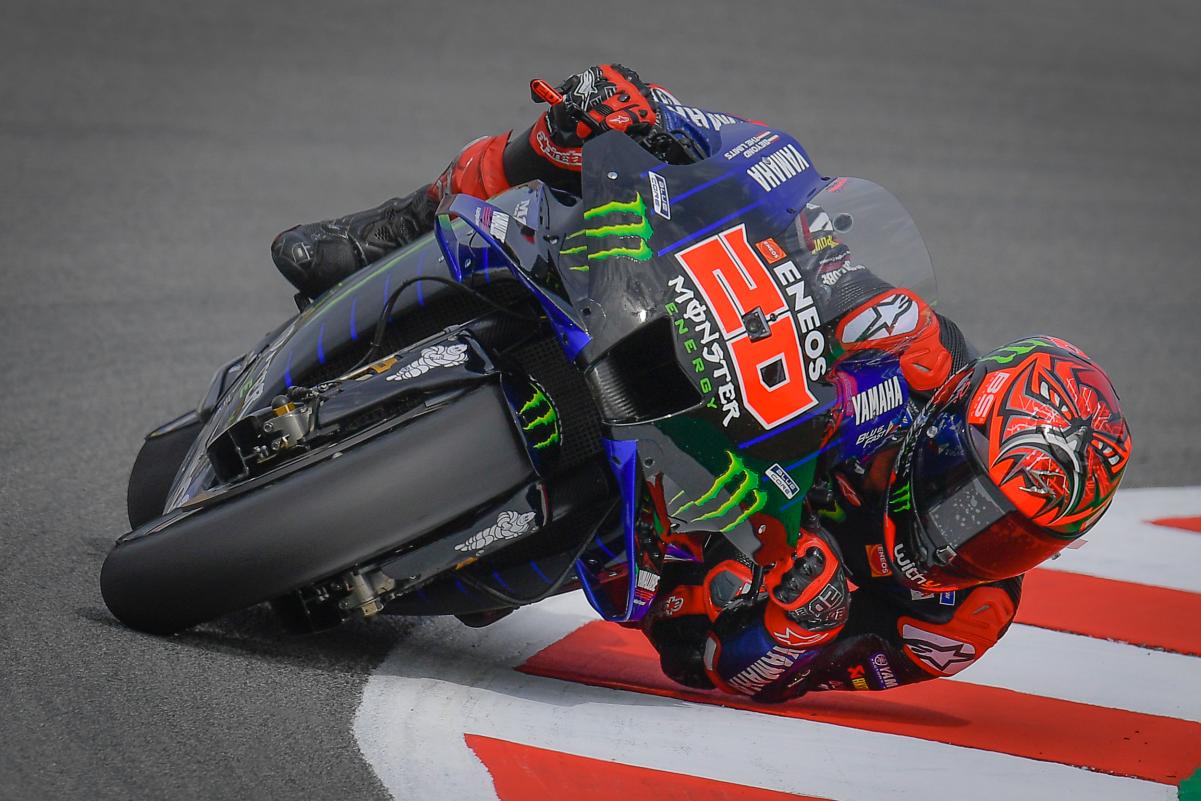 The first part in MotoGP qualifying in Catalan GP had a slight repeat of Honda’s Marc Marquez game, where he slotted behind Ducati’s Jack Miller this time to take his slipstream. The Australian saw the funny side of it, asking him for money.

The first run had Miller leading from Tech 3 KTM’s Iker Lecuona woth Pramac Ducati’s Jorge Martin in third from Honda’s Pol Espargaro. The second run, though, saw a big crash for the Frenchman, which ended his session in the right-hander after losing his bike.

The second run kept Miller on top with a 1m39.153s lap to make it into Q2, with Espargaro pipping Marquez to end up second and into Q2. The later had to be content with 13th from LCR Honda’s Takaaki Nakagami as Martin’s MotoGP return earned him a 15th spot.

Despite his crash, Lecuona had enough to be 16th with teammate Danilo Petrucci in 18th, where Avintia Ducati’s Enea Bastianini slotted in 17th. The other Avintia of Luca Marini was 19th with LCR Honda’s Alex Marquez in 20th and Aprilia’s Lorenzo Savadori 21st.

It wasn’t all-good for the fourth Yamaha as Valentino Rossi had a crash at Turn 4. There was lap deletions for Ducati’s Francesco Bagnaia and Suzuki’s Joan Mir. The second run saw another lap deletion for the latter after he dropped from third to ninth.

There was a crash for Honda’s Espargaro, which ended his session, which was same for Ducati’s Miller. But the Australian set the second best time before his crash, with Quartararo leading the way again to take fifth consecutive MotoGP pole.

The Frenchman’s first run was enough in the end to take Catalan GP pole, with Miller and Pramac’s Johann Zarco completing the front row. KTM’s Miguel Oliveira did well in fourth from Morbidelli, as they pushed Vinales down to sixth.

Aprilia’s Aleix Espargaro was seventh from KTM’s Brad Binder, with Bagnaia only managing ninth from Mir, Rossi and P Espargaro, to round out the Top 12.