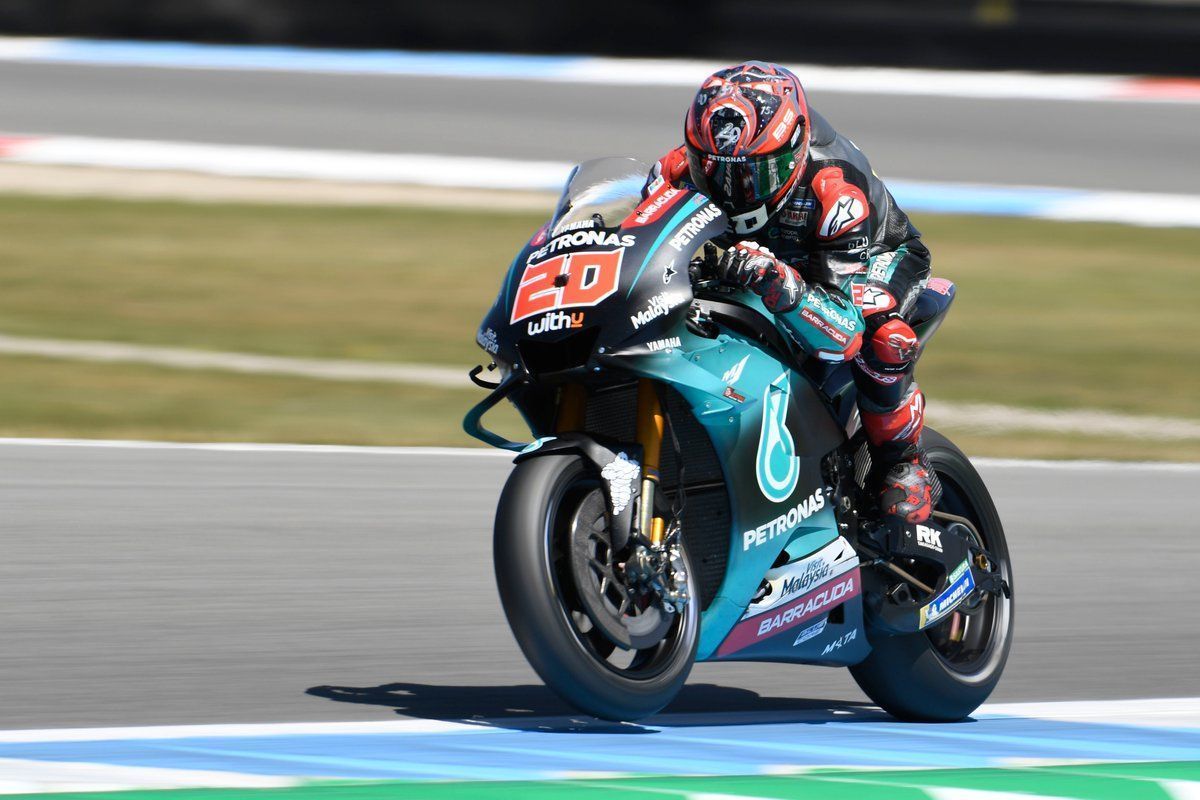 The start of the first qualifying session in Assen MotoGP did not go well for Yamaha’s Valentino Rossi with the Italian only fifth after the first round as Suzuki’s Alex Rins led Pramac Ducati’s Francesco Bagnaia in the fight to make it into Q2.

The second session started with Rins again leading the charge with provisional pole ahead of Petronas Yamaha SRT’s Fabio Quatararo and Yamaha’s Maverick Vinales as Honda’s Marc Marquez slotted in fourth, with the Ducati riders nowhere in the picture.

Things intensified towards the end of the session in the fight for pole as Vinales snatched provisional top spot from Quartararo but the Frenchman fought back with a record breaking 1m32.017s lap to score a back-to-back MotoGP pole in Assen GP.

It is his third MotoGP pole of the season as he became the youngest ever rider to secure a back-to-back pole. It was a Yamaha 1-2 with Vinales (1m32.157s) in second and Rins (1m32.458s) had to settle with third despite an improvement on his final lap.

Points leader Marquez (1m32.731s) could only manage a fourth place finish after the Spaniard had to make another giant save in the right-hander. Behind, Joan Mir (1m33.085s) made it two Suzuki in the Top 5.

Lorenzo out of Assen MotoGP after fracturing vertebrae in FP1 crash