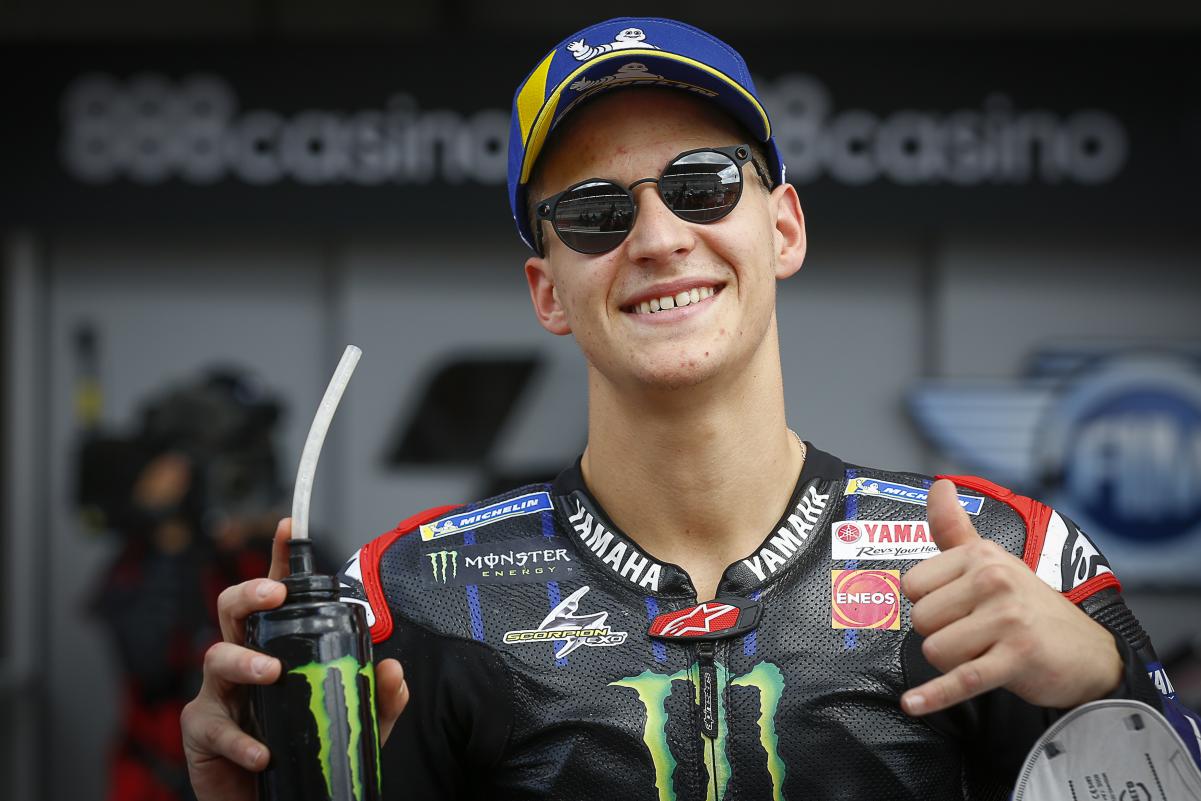 The MotoGP Portuguese GP saw a solid start from Pramac Ducati’s Johann Zarco to take the lead from Suzuki’s Alex Rins and Joan Mir, with Honda’s Marc Marquez in fourth from Ducati’s Jack Miller, as pole-sitter Yamaha’s Fabio Quartararo dropped to sixth in the order.

The fight for the lead was on between Zarco and Rins, as Mir continued to fight Marquez, until the returning Honda rider dropped couple of places after a small touch. This brough Quartararo in the game as he started to rally himself in, in the leading group.

With Rins finally clearing Zarco after couple of attempts, Quartararo got the Frenchman too in his chase for the Spaniard. The Pramac MotoGP rider tried to hang on to third but Mir got the better of him eventually, with Morbidelli in a solid fifth midway in the race.

They were helped by a crash for Miller, who lost it in the right-hander. There was a crash for KTM’s Miguel Oliveira too, as the duo joined Honda’s Pol Espargaro in the retirement list, after the Spaniard retired due to a suspected issue on his bike.

Binder, meanwhile, was in full form to run sixth from Ducati’s Francesco Bagnaia, after both cleared Espargaro and Marquez. The Honda rider had his brother Alex abode the LCR behind him in 10th, with Marini in 11th ahead of Petronas SRT’s Valentino Rossi.

The other LCR of Takaaki Nakagami did well to run in 13th after practice crash as he led Avintia’s Enea Bastianini and Tech 3 KTM’s Danilo Petrucci in the Top 15, where Vinales started to chip in, having his made his way up to 16th after early troubles.

It was looking good for Rossi as he tried to get back in the Top 10 but a crash stopped his charge, which helped Vinales to put himself in the points position. While the lower half battles continued, Quartararo took the lead from Rins, with Mir in third ahead of Zarco.

In his push to get Quartararo, Rins crashed out in a tricky corner, ending his chances. The fight for second was on with Bagnaia getting the better of Zarco, with Rins in fourth. In the tussle, the Pramac MotoGP rider crashed out himself, losing a podium.

This helped Mir to be third from Morbidelli, Binder, Espargaro, M Marquez, A Marquez, Nakagami and Bastianini in the Top 10, as Vinales made his way up to 11th. At the front, it was plain sailing for Quartararo to win the MotoGP Portuguese GP.

Behind the Spaniard, three riders scored their first points of the 2021 MotoGP season, with Marini in 13th ahead of Petrucci, Aprilia’s Lorenzo Savadori and Tech 3’s Iker Lecuona. Oliveira, meanwhile, continued on to finish 16th.