The first part of MotoGP qualifying in Valencia GP had Suzuki’s Alex Rins and KTM’s Pol Espargaro leading the way provisionally. The latter bumped the former after a 1m30.543s lap, where the KTM rider nearly had a crash but saved himself.

The Suzuki rider, though, was back in front with a 1m30.538s lap – only 0.005s up on Espargaro. LCR Honda’s Johann Zarco slotted in third to start 13th, with Ducati wildcard Michele Pirro in 14th ahead of Aprilia’s Aleix Espargaro.

Honda’s Jorge Lorenzo finished 15th in his last MotoGP qualifying outing, with KTM’s Mika Kallio in 16th ahead of Avintia Ducati’s Tito Rabat as debutant Iker Lecuona impressed aboard the Tech 3 KTM, to be 18th.

Aprilia’s Andrea Iannone was 19th with Avintia Ducati’s Karel Abraham 20th ahead of Tech 3 KTM’s Hafizh Syahrin. The Czech rider, though, couldn’t improve on his best time after an early crash.

But Quartararo (1m29.978s) had more in his tank to eventually secure pole in Valencia GP, which is his sixth of the 2019 MotoGP season as Marquez (1m30.010s) was second after his quick lap was hampered due to Suzuki’s Joan Mir coming in the way.

Miller, in third, was the leading Ducati with Yamaha’s Vinales in fourth as Petronas Yamaha SRT’s Franco Morbidelli was fifth from Ducati’s Andrea Dovizioso. The Suzuki duo were seventh and eighth with Mir ahead of experienced teammate Mir. 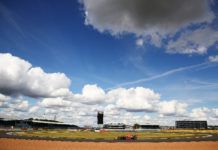